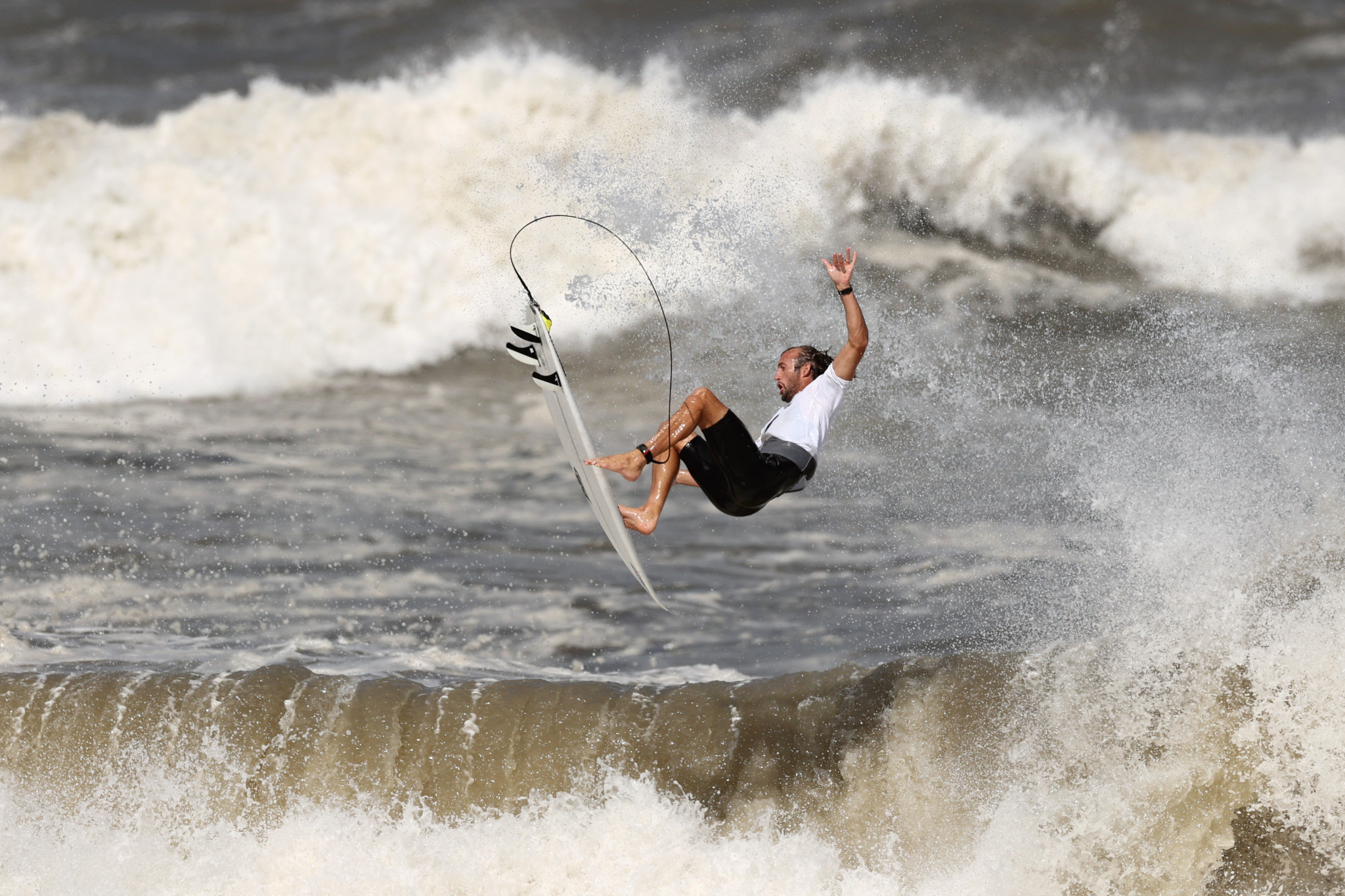 Olympic bronze medallist Owen Wright's hopes of making the World Surf League (WSL) Championship Tour mid-season cut were dealt a blow after he was beaten by Miguel Pupo in the round of 32 at Margaret River.

The Australian placed third in the men's surfing event at Tokyo 2020, but lost by 8.93 points to 11.50 at his home event against the Brazilian Pupo.

Only the top 22 ranked male surfers progress to the second half of the Championship Tour under the WSL's controversial new measure.

There's one spot left for the men and two spots left for the women. Who will take them?
Find out on Finals Day of the Margaret River Pro, tomorrow May 4 at 7 am AWST.@westaustralia pic.twitter.com/ps5B8Mj3Lx

Two-time WSL champion John John Florence, third for the season, is safely through to the round of 16 after beating fellow Hawaiian Imaikalani deVault by 12.16 to 9.00.

Two surfers began the event at Margaret River in joint-fourth, with Barron Mamiya of Hawaii progressing to the round of 16 but the United States' Kelly Slater falling at the round of 32 stage.

Competition at Margaret River is scheduled to finish tomorrow with finals day, which is due to decide the 22 men and 10 women who progress to the second half of the WSL Championship Tour season.