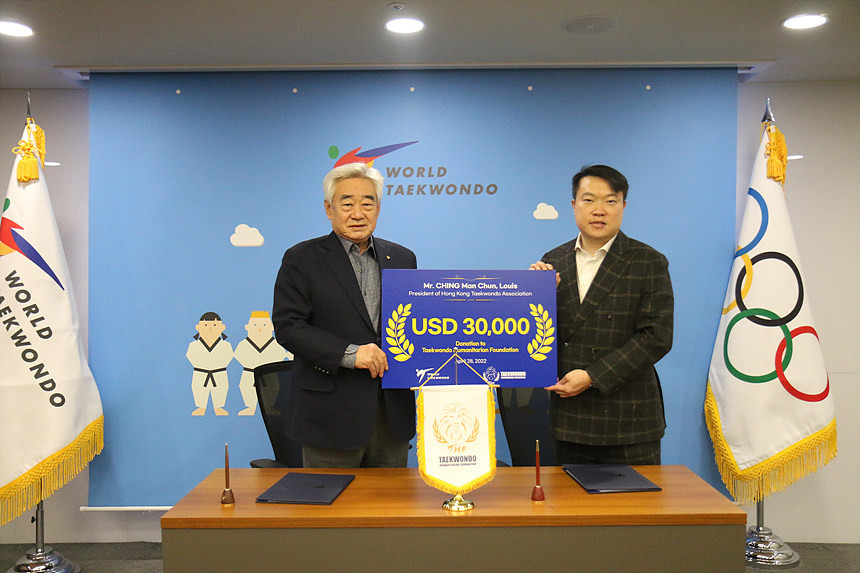 "I am grateful and delighted at this generous gift," said Choue, who is also World Taekwondo President.

"Louis is a fine example of the deep humanity of the World Taekwondo family."

Choue vowed that the donation "will be deployed judiciously" to fund THF projects.

The THF is currently running programmes in Jordan, Turkey, Rwanda, Eswatini, France and Switzerland amid record numbers of refugees and displaced person.

In mid-2021, prior to the Russian invasion of Ukraine, the United Nations reported that 84 million people had been forcibly displaced, with 26.6 million classed as refugees.

The war between Russia and Ukraine has since substantially increased this number, with 5.3 million Ukrainian civilians fleeing to neighbouring countries while 6.5 million are believed to be displaced inside the country.

The THF plans to launch a new project in Lebanon later this year to continue its mission to "empower the powerless" through taekwondo training.

More than 2,000 refugees are trained weekly under THF schemes and eight refugees or displaced persons have been hired by the THF in coaching and project coordination roles.

World Taekwondo welcomes refugee teams and individuals to its competitions, and there is hope that the THF can produce a Paris 2024 Olympian for the Refugee Olympic Team.