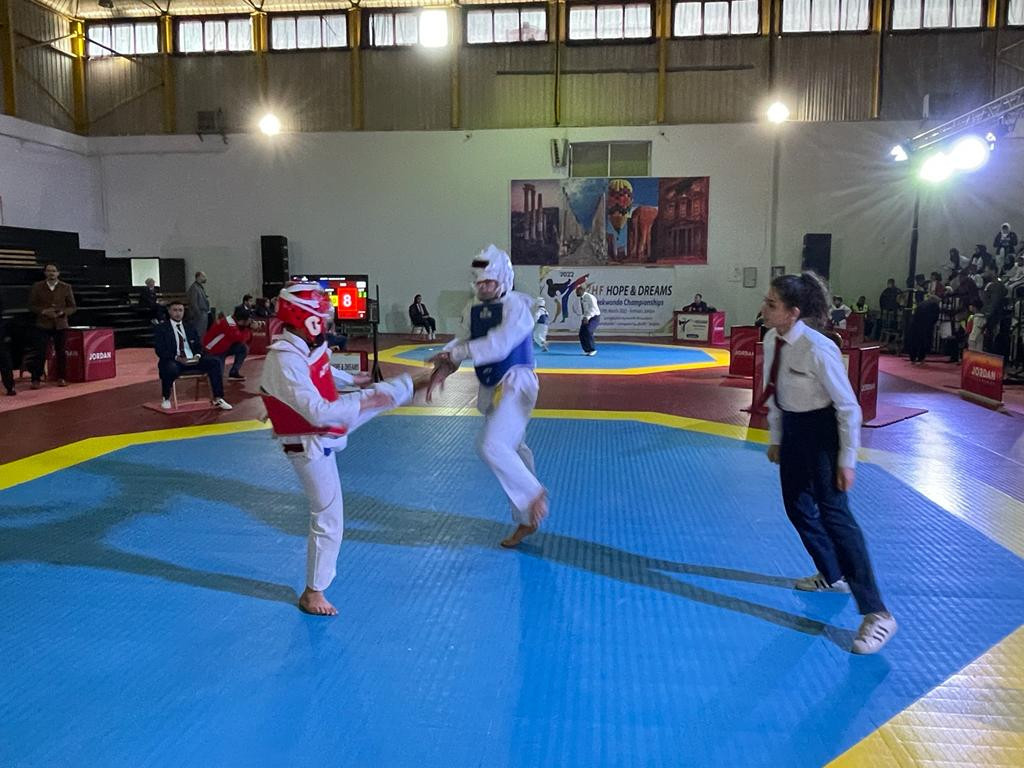 Amman in Jordan has hosted the first edition of the Hope and Dreams Taekwondo Championships.

The event at Prince Rashid Bin Al-Hassan Hall was organised by both the Taekwondo Humanitarian Foundation (THF) and the Jordanian Taekwondo Federation.

More than 200 athletes took part and all were from the Azraq and Zaatari Refugee Camps in Jordan.

The aim of the event was to provide the refugees with a tournament outside of the camps.

The THF, which works to teach taekwondo to refugees and displaced people around the world, has a flagship academy at Azraq.

Both camps are home to people who have fled the war in neighbouring Syria.

Mats from the Tokyo 2020 Olympic Games were used at the event.

"This represents athletes' hopes of becoming effective members of their new societies, and their dreams of becoming champions."