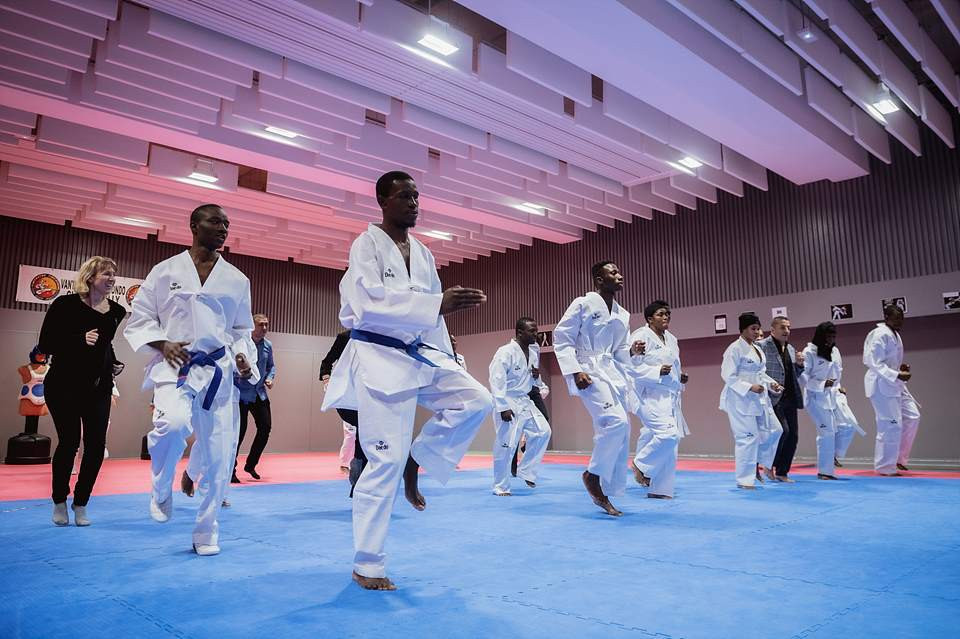 The Taekwondo Humanitarian Foundation (THF) has launched a programme aimed at supporting girls who are refugees in France.

Launched in partnership with the French Taekwondo Federation, the initiative is part of Terrains d’Avenir, a project co-funded by the Olympic Refuge Foundation (ORF) and the Sports Ministry to help displaced people in Île-de-France.

Chungwon Choue, the chairman of the THF and the President of World Taekwondo, presented his sport's initiative to French Sports Minister Roxana Maracineanu during an ORF training session in Gentilly.

It is hoped that the programme will empower girls through taekwondo and promote gender equality, child protection and social inclusion.

Girls taking part will learn self-defence, discipline, understanding and respect while training in both kyorugi and poomsae taekwondo.

They will also be taught taekwondo and Olympic values as well as French language skills.

Six refugees and displaced people who live in the Île-de-France region will implement and manage the programme.

This ties in with the THF belief that refugees are best placed to help others in the same situation.

"The THF is very proud to be involved in Terrains d’Avenir and to expand the support we currently provide refugees and displaced persons around the world," said Choue.

"It was my pleasure to present to the French Sports Minister and the ORF how we will implement taekwondo activities as part of this wonderful project.

"We are confident that the THF will be the perfect partner to Terrains d’Avenir as we share the same values and we have seen throughout our work that taekwondo is the ideal tool to empower refugees, promote social inclusion and instil skills which will serve them for years to come."

Terrains d’Avenir has been backed by the Paris 2024 Olympic and Paralympic Games and the French National Olympic and Sports Committee.

The THF works around the world to teach taekwondo to refugees and displaced people.

It has built a flagship academy at the Azraq Refugee Camp in Jordan.