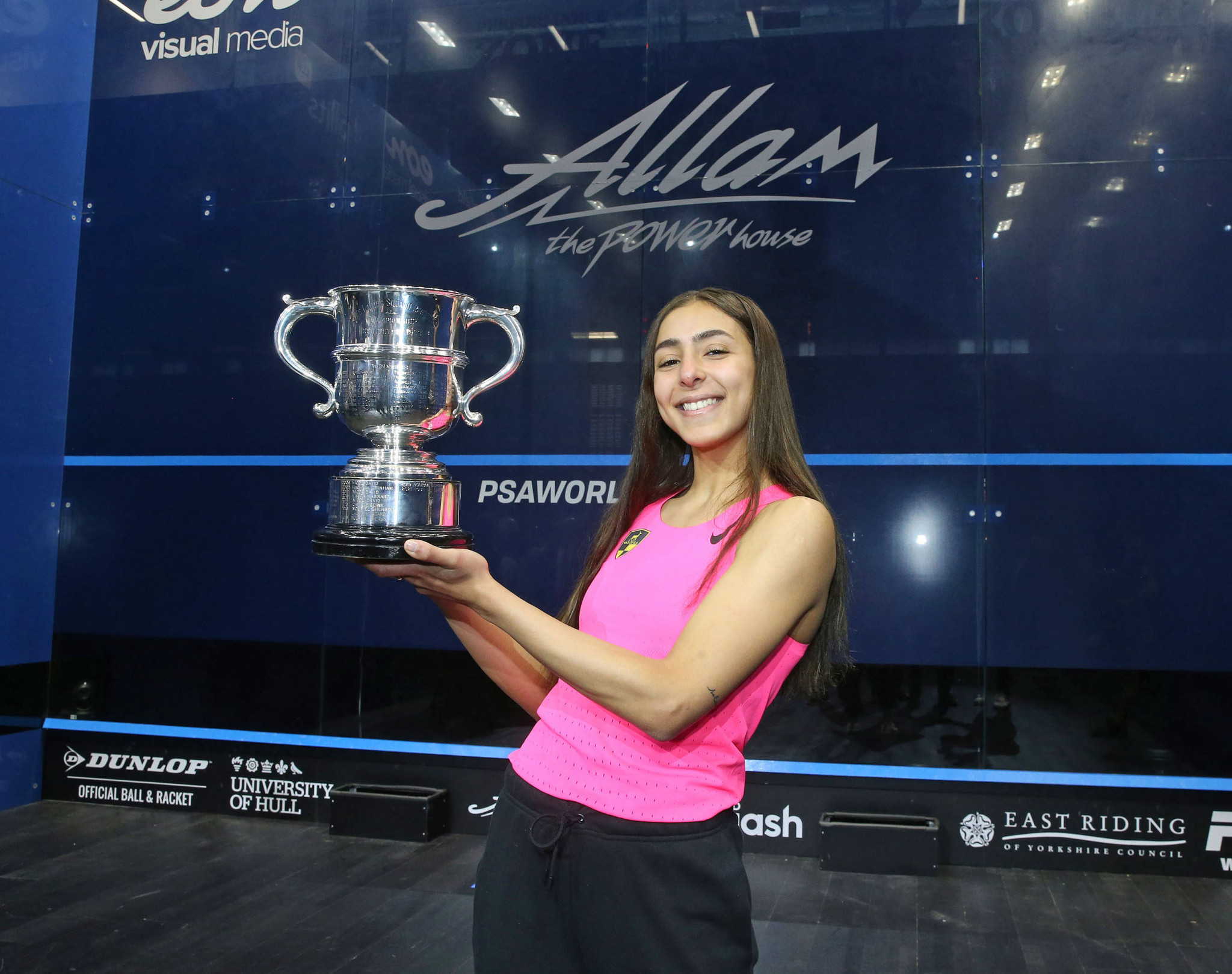 Hania El Hammamy won the British Open squash title for the first time, after defeating world number one and fellow Egyptian Nouran Gohar in the women’s final at the University of Hull, while Paul Coll retained the men’s title and maintained the world number one ranking.

Gohar, who has been one of the in-form players on the women’s circuit this season, was aiming for a fifth successive Professional Squash Association Platinum title, while El Hammamy was aiming to earn revenge for a semi-final defeat in this tournament last year at the hands of Gohar.

A nervy opening game was edged by El Hammamy 11-9, who then took game two 11-7 as she made the most of unexpected errors from her opponent.

Gohar responded in champion style and took time away from her opponent in game three, which she took 11-8.

El Hammamy started game four strongly and never looked like giving up her advantage and converted the first of six game balls to win the game 11-4 and seal victory in 67 minutes.

Reacting to her victory El Hammamy said: "I just can't believe it. British Junior Opens have always been so special to me.

"I've won a lot of British Junior Opens and it's always been very special, so to win the senior one is absolutely amazing and beating the world number one in the final is actually unbelievable.

"Nouran has been giving me a lot of tough times, I've never been able to get a proper win against her. The last time I won, she retired at 2-1 so I never got a proper win so, getting the win in this final in this way means a lot to me."

In the men’s event, Coll retained the British Open title and the men’s world number one ranking, after a victory in straight games against Egypt’s Ali Farag.

A hard-fought first game saw Coll use counter dropping shots to his advantage and despite Farag saving two game balls, the New Zealander took the game 12-10.

Coll’s accurate squash continued to frustrate his opponent as he took game two 11-6.

After racing into a 6-0 lead, Coll comfortably took game three 11-4 to wrap up victory in 50 minutes and complete his record of having not dropped a game throughout the entire tournament.

Speaking after his victory Coll said: "It's a very, very surreal feeling for me, my good friend Lee said to me before the event that nobody gave this spot to me easy so don't give it up easy.

"It sort of motivated me this week just to try and defend this title as hard as I could and all I wanted to do was give my best effort out there.

"I played some amazing players this week, and Ali, it's such a mental battle with us two, and it's just enjoyable squash, he's a great champion.

"I have so much respect for him, with what he's doing with his family, travelling around with their baby, he and Nour are just incredible so I'm very proud to win this title against such a great champion."