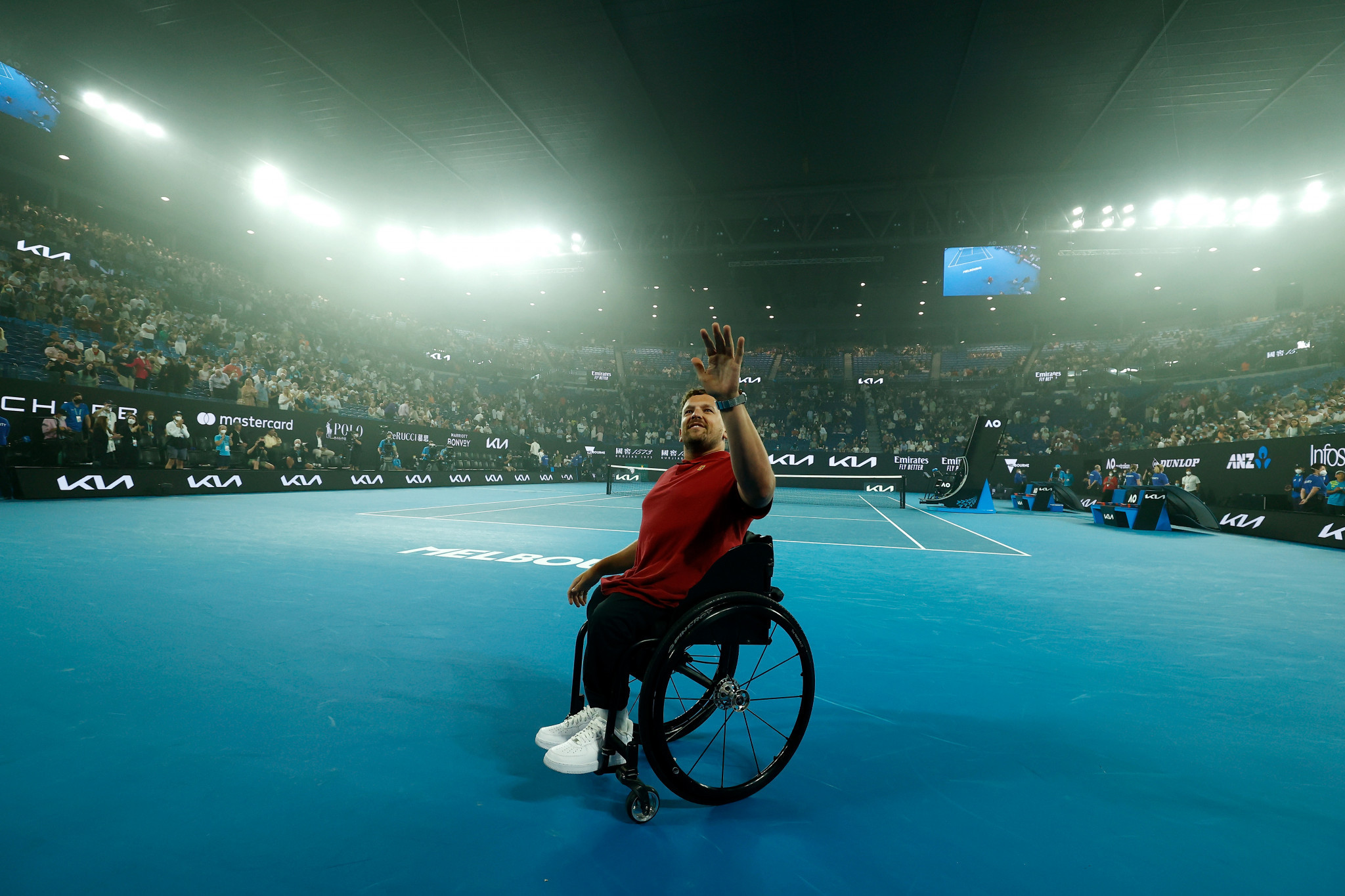 Dylan Alcott - the retired world number one of wheelchair tennis - will be one of the latest athletes to join Madame Tussauds Sydney wax museum as a tribute for his achievements on the court.

Alcott had already become Australian of the Year for 2022 and he received the Order of Australia for his service to Paralympic sport.

His wax body double, which will be wearing the Nike branded clothes he wore in the 2022 Australian Open final, will be sitting in a custom-made Melrose Gazelle wheelchair that is identical to the one he used when he won his "Golden Slam" in 2021.

Alcott became the first player of any form of tennis to achieve the feat of winning all four major titles - the Australian Open, French Open, Wimbledon and the US Open - and the Paralympic or Olympic gold in the same calendar year.

The 31-year-old will be placed in the Madame Tussauds Sydney sports zone towards the end of 2022.

Visitors will be able to compete in a virtual wheelchair doubles tennis experience with Alcott in the interactive tennis zone.

"Being approached to receive a Madame Tussauds wax figure is an absolute honour," the three-time Paralympic champion said.

"Four and a half million people in Australia are living with a physical or non-physical disability and we need greater representation of people with a disability in everyday life; being honoured with a wax figure is huge step in achieving that.

"Thank you to the Madame Tussauds team for helping to celebrate and normalise living with a disability."

Alcott boasts a supreme collection of accolades during his career which spanned between 2014 and 2022.

In the singles format, he won seven consecutive Australian Opens between 2015 and 2021, three successive French Opens from 2019 to 2021, two Wimbledon titles and three US Open titles.

In wheelchair tennis doubles, he won four successive Australia Open titles between 2018 and 2021, the 2019 editions of the French Open and Wimbledon, and two US Open crowns.

Alcott also received gold at Rio 2016 in the format.

"He was the first man in history to achieve a 'Golden Slam' after winning all four Grand Slam tennis tournaments last year and then gold at the Tokyo Paralympics, but it’s also what he represents off the court that makes him a true champion.

"Dylan’s advocacy to drive change and represent diversity is awe-inspiring.

"Dylan is leading a new wave of awareness for the disabled community, both on and off the court and we are honoured to be working with him to create Madame Tussauds Sydney’s first wax figure in a wheelchair.

"To have the opportunity to present Dylan with a wax figure in the same year that he was named Australian of the Year is incredibly fitting and we are very proud to be working with him."