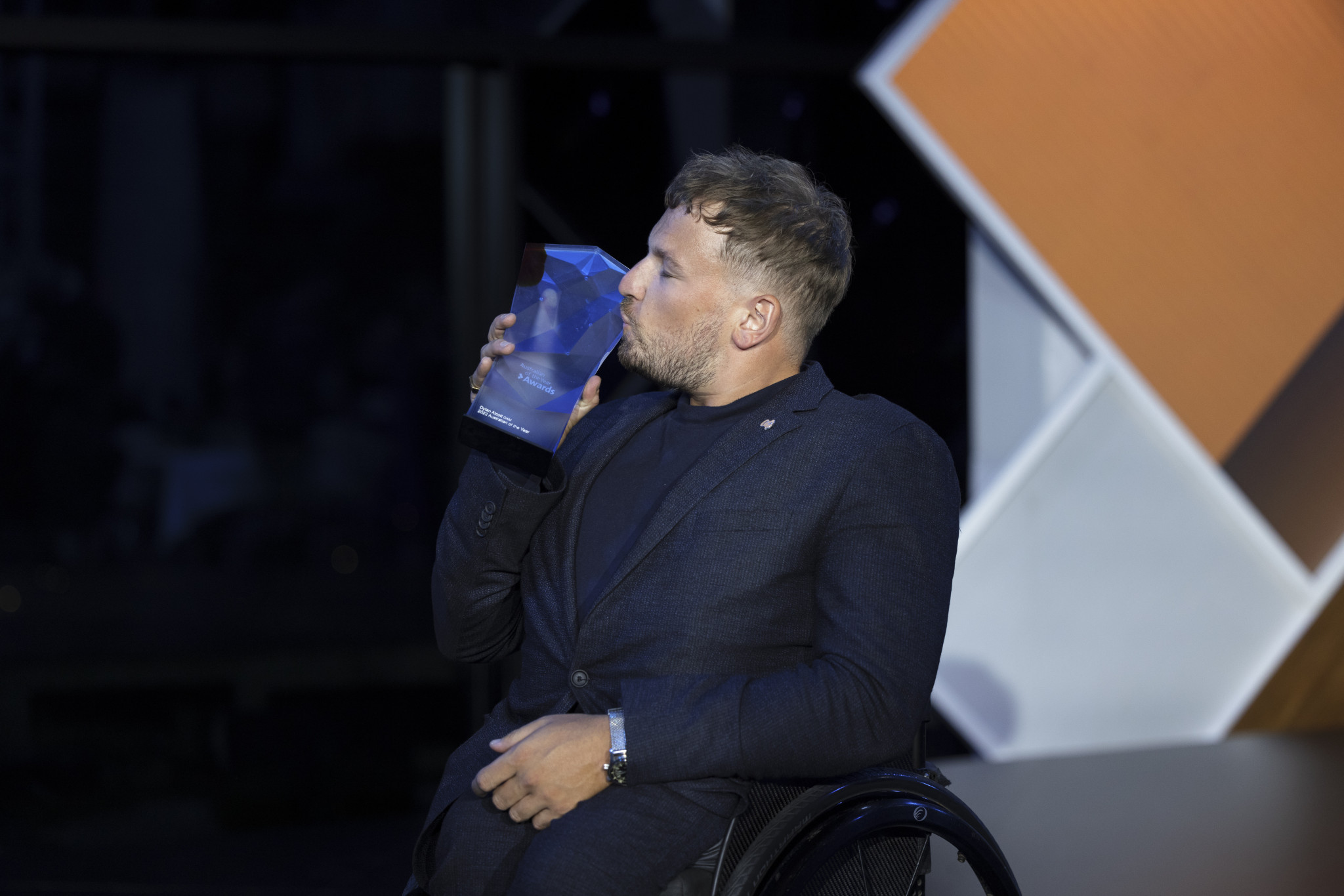 Three-time Paralympic gold medallist Dylan Alcott has made history by becoming the first visibly disabled person to be named Australian of the Year.

Australian Prime Minister Scott Morrison awarded Alcott with the title at a ceremony in Canberra after he qualified for the final of the Australian Open wheelchair quad singles, where he is seeking a seventh title.

Alcott insisted that the Paralympians that came before, as well as key workers who have battled the COVID-19 pandemic, should be honoured with the same mantlepiece.

The 31-year-old has been disabled following a surgery to cut out a tumour that was wrapped around his spinal cord when he was two-days-old.

As a wheelchair user, Alcott has experienced prejudice, bullying and discrimination.

He admitted he used to hate himself as he “hated being different”.

"Whenever I turned on the TV or the radio or read the newspaper, I never saw anybody like me," the 16-time grand slam champion said.

"Whenever I did, it was a road safety ad where someone drink-drives, has a car accident and the next scene was someone like me, in tears because their life is over.

"I thought to myself, 'That’s not my life', but I believed that was going to be my life.

"When I reached the end of my teenage years, I started seeing people like me."

The lack of disabled people in the media affected how Alcott saw his disability and it was only until witnessed Paralympians like Louise Sauvage and Kurt Fearnley that he changed his stance.

He also founded the Dylan Alcott Foundation, which awards scholarships and funding to disabled Australians, and Get Skilled Access, who consult with organisations on disability accessibility and inclusion.

"It is recognition not just of a world-class athlete, but also recognition of the world-class human he is and the humanity he shows as an advocate for people with a disability and a champion of the Paralympic movement," Paralympics Australia’s chief executive Catherine Clark said.

"Even though he has come to terms with his disability, he recognises millions do not and he used his podium to advocate for the disability cause.

"For the four and a half million people in this country - one in five people - that have a physical or non-physical disability, they don’t feel the same way that I do. And it’s not their fault.

"It’s up to all of us to do things so they can get out and be proud of their disability as well and be the people that they want to be.

"We’ve got to fund the NDIS (National Disability Insurance Scheme) first and foremost and listen to people with lived experience and ask them what they need.

"We should remind ourselves that it’s an investment in people with disabilities so they can get off pensions and start paying taxes, just like their careers and their family members as well.

"Of those four and a half million people, only 54 percent of them are involved in the workforce. Those figures haven’t moved in 30 years. And guess what? We’re not just ready to work, we’re ready to take your jobs.

"I promise you, you won’t just enrich the lives of us, but also yourselves in the process."

Wow. I’m forever grateful. My purpose today and everyday is to change perceptions so people with disability can live the lives they deserve to live. I’ll do my best to make you all proud as your Australian of the Year xx pic.twitter.com/KWmMPvpSsh

To reach such a stage Alcott has challenged for non-disability to alter their "unconscious biases" and "negative perceptions", and "lift your expectations of what you think people with a disability can do", it is claimed.

Alcott is planning to retire after the Australian Open and move into the next stage of his career - primarily focusing on improving lives of disabled people.

"My purpose is changing perceptions so people with a disability, people like me, can get out there and live the lives they deserve to live

"I really hope I make every single one of you proud."