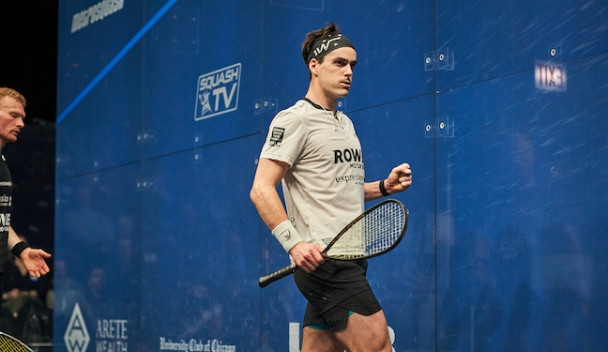 The 33-year-old was returning to the scene of her first Professional Squash Association (PSA) World Tour Platinum final, where she finished as runner-up in 2018.

"I think I’m loving five-setters, every match this week has gone to five games," said King.

King and Gohar will go head-to-head for the 10th time on the PSA World Tour.

Gohar has a narrow lead with five wins out of their nine games so far.

"To beat Georgina 3-0, you definitely have to be at your best," said Gohar.

"She’s the one to watch right now."

In the men's event Coll will take on former world champion Tarek Momen of Egypt in the semi-finals following respective victories against Wales' Joel Makin and Momen's compatriot Fares Dessouky.

After his match, Coll became the first male Kiwi to go to world number one.

"It’s [becoming world number one] a dream come true, it’s going to be a great day," said Coll, who was runner-up at the 2020 edition of the Windy City Open.

The game was marred by several traffic issues and arguments.

"I always like to play free-flowing matches and today I got sucked into a game I’m not comfortable with," Momen said.

"Fares is such a good friend of mine and such a good player, the artillery he has is unreal and unfortunately sometimes when we have to have discussions with the referee, it’s not how I want to play.

"I’m not blaming him for it, but I felt like we both were not comfortable with it".