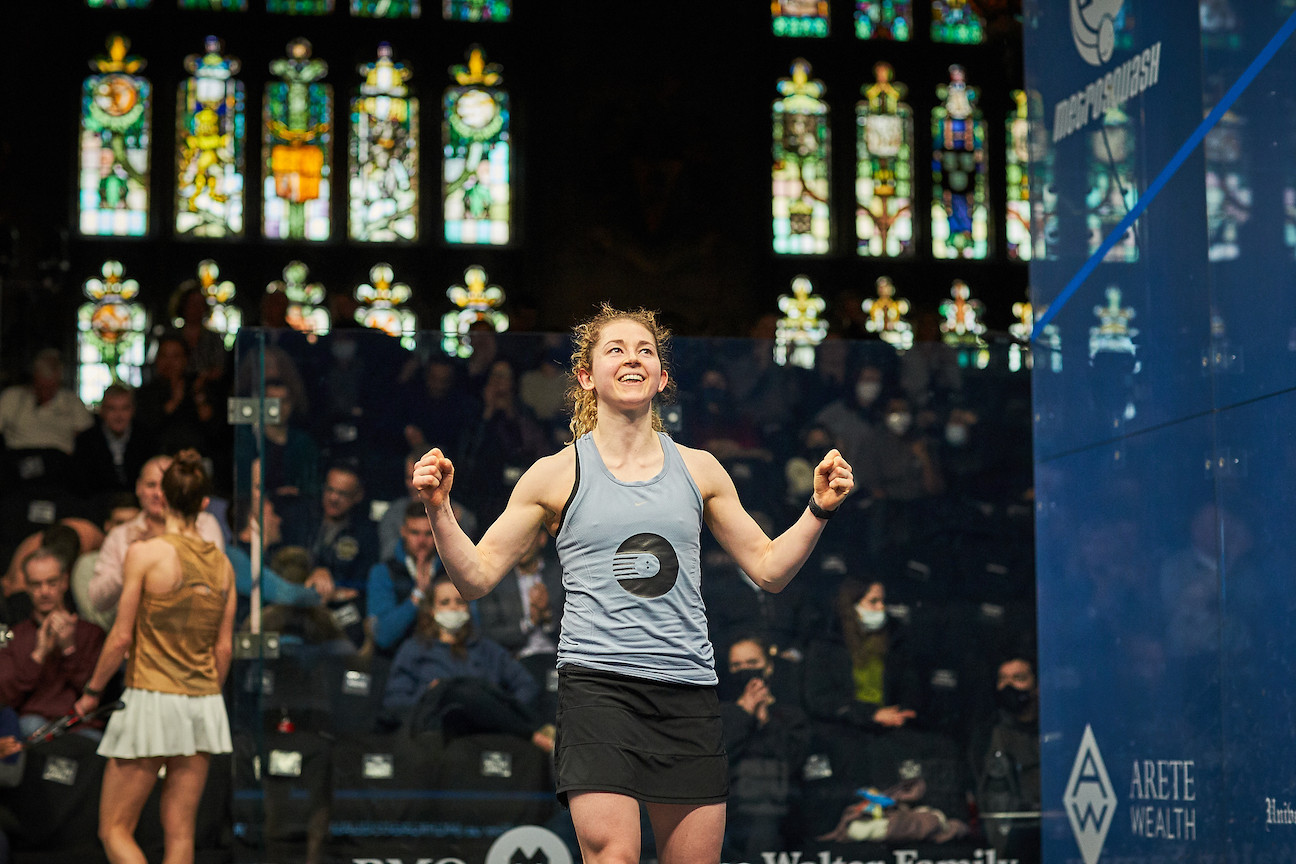 England's world number 10 Georgina Kennedy has reached the quarter-finals of the Windy City Open after an enthralling five-game battle against Nele Gilis of Belgium in Chicago.

The 24-year-old has enjoyed an extraordinary rise up the world ranking over the past year, moving from 167th to 10th, and showed why as she produced a tenacious performance characterised by powerful winners.

"All credit to Nele, it’s so difficult to get a point off of her," said Kennedy following a match with last 78 minutes.

"She forced so many errors from me just because I didn’t know how to win points against her sometimes.

"Last year I was just watching SQUASHTV and hoping to be at these amazing events, and to be in the quarters is just way beyond my expectations."

Kennedy will face world number two Nouran Gohar in the next round after she beat India's Joshna Chinappa 11-0, 11-6, 11-8.

Kennedy will be looking for her first win over the Egyptian in three attempts.

Evans had saved two match points but could not see out the match as Sobhy held her nerve.

King surrendered a two-game advantage before prevailing in the decider versus Lucy Turmel from England.

Tarek Momen then set up another all-Egyptian battle after seeing off world number three Omar Mosaad in three games.

The 2020 runner-up Paul Coll also booked his place in the quarter-finals via a routine victory against Englishman Adrian Waller.

Joel Makin of Wales will meet New Zealand's Coll in the next round after beating Egypt's Karim Abdel Gawad.

Gawad was forced to retire though injury.