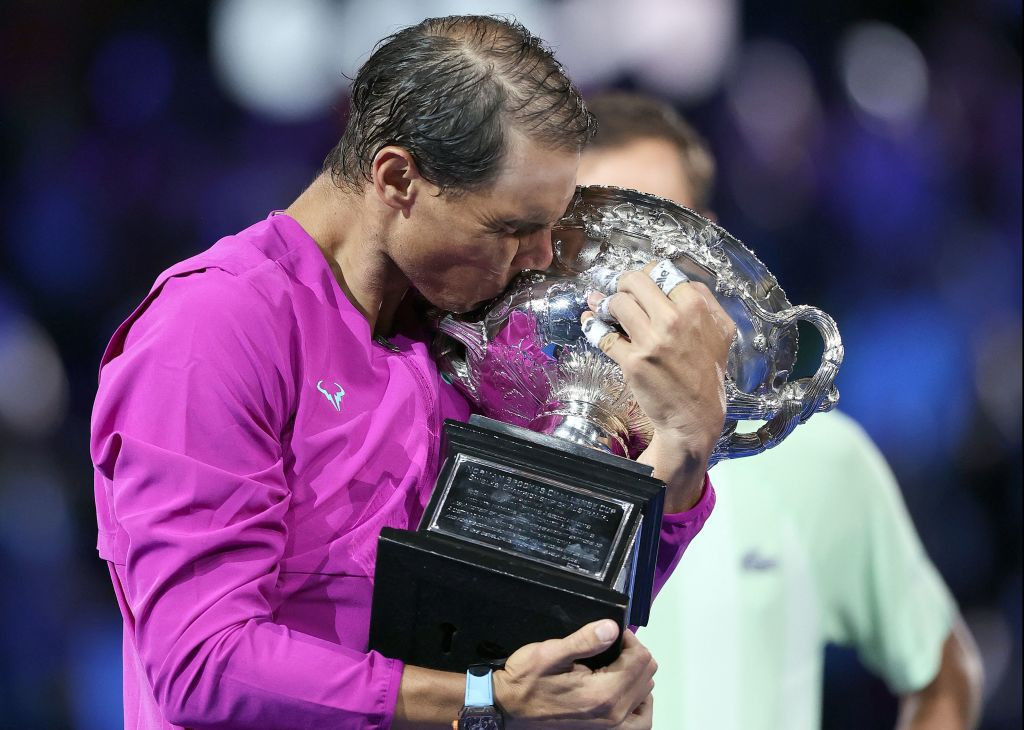 Rafael Nadal clinched a record 21st Grand Slam title after he fought back from two sets down to beat Daniil Medvedev in an epic Australian Open final in Melbourne.

The Spaniard now stands alone at the top of the men's singles all-time list following a battling 2-6, 6-7, 6-4, 6-4, 6-4 victory after more than five hours on court at a raucous Rod Laver Arena.

Nadal's triumph in a final which finished after 1am local time in the Australian city moves him ahead of Roger Federer of Switzerland and Serbia's Novak Djokovic, who both have 20 titles, and handed him just a second Australian Open crown.

World number two Medvedev looked on course to claim a second consecutive Grand Slam title after he won the US Open in September as he outclassed Nadal in the first two sets.

But 35-year-old Nadal, the world number five and sixth seed, roared back with a Herculean performance as he took advantage of the Russian struggling physically in the third and fourth sets to force a decider.

Nadal had the chance to serve out the match at 5-4 in the fifth but Medvedev broke, only for the Spaniard to break straight back and then hold to wrap up victory.

The final provided a superb conclusion to an event which had been marred by the pre-tournament chaos that saw Djokovic deported from the country after his visa was cancelled.

It did include controversial moments, however, as the match was briefly interrupted by a protestor on court in the second set.

A visibly angry Medvedev was also seen complaining at the umpire because of an issue with the ball boys and persistent shouting from the crowd in between serves.

Yet that failed to take the gloss of what was an extraordinary final, which lasted five hours and 24 minutes and was capped off by a historic achievement for one of the game's greats.

It comes only a few months after he thought he would never be able to return to the tour because of a foot injury, while he also caught COVID-19 just weeks before the opening Grand Slam of the year began.

"I did not know if I would be back on the tour playing tennis again," Nadal said.

"You don't know how much it means to be back here.

"You are amazing and thank you so much for all of your support.

"Without a doubt it is one of the most emotional [periods] of my career.

"To have the support I have received the last three weeks will stay in my heart."