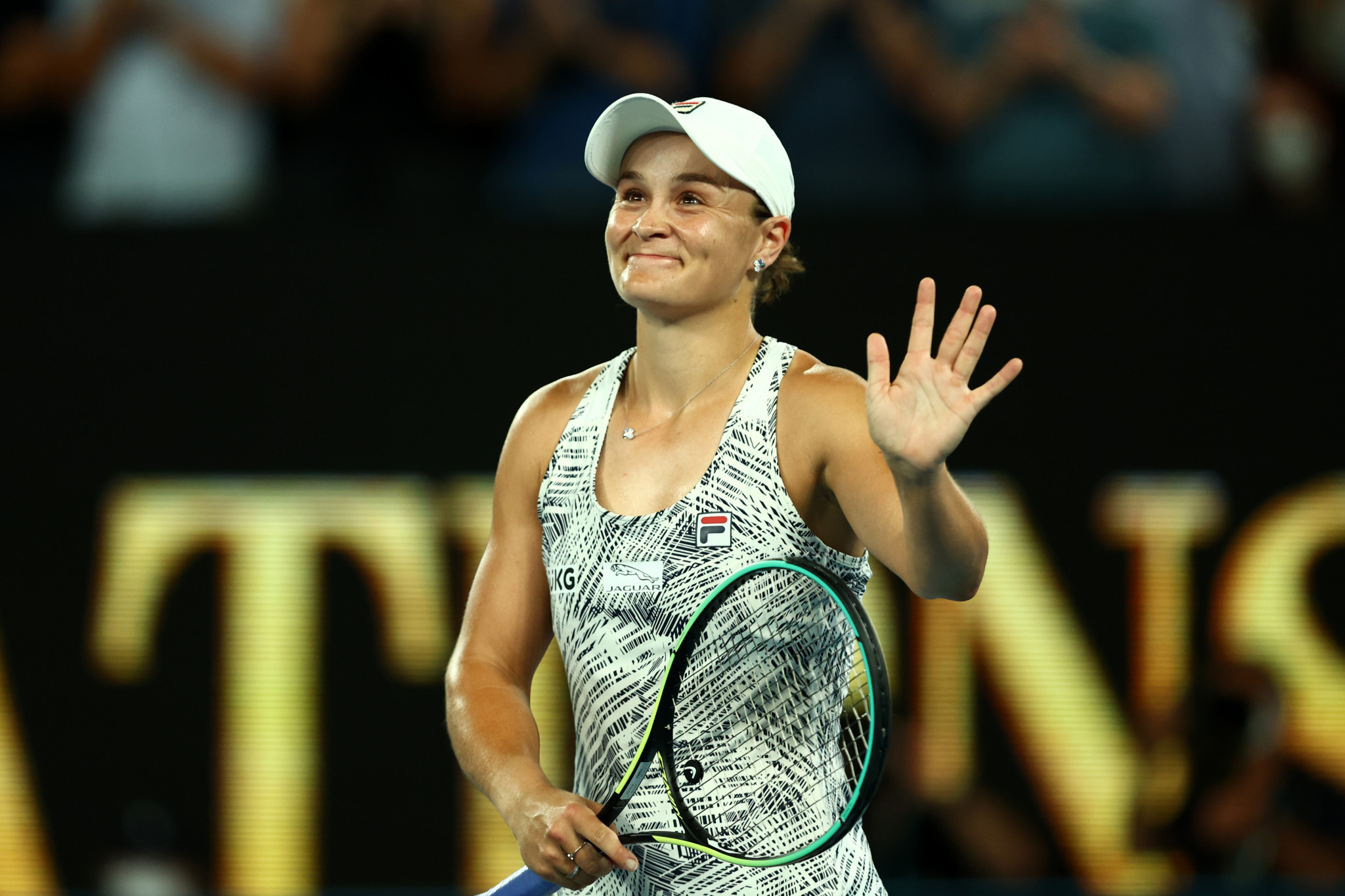 World number one Ashleigh Barty has become the first Australian woman to reach the final of her home Grand Slam for more than 40 years, and is set to face American Danielle Collins in the final on Saturday (January 29).

Wendy Turnbull in 1980 was the last home favourite to play in the women's singles decider at the Australian Open, but Barty made sure the 42-year wait came to an end as she beat American Madison Keys in little over an hour on Rod Laver Arena in Melbourne.

Keys, ranked 51st in the world, has beaten Spanish eighth seed Paula Badosa and fourth seed Barbora Krejčíková of the Czech Republic in straight sets en route to the last four, but it was Barty who dominated the clash as she reached the final without dropping a set.

Breaking her opponents' serve in the first game of the match was a sign of things to come from Barty as she took the first set 6-1, before converting a third break point at 3-2 in the second, which she went on to win 6-3.

The Australian struck 20 winners to help her to victory and continue her bid for a third career Grand Slam, and spoke of her pride at reaching the final on home soil.

"As an Aussie, we are exceptionally spoilt that we're a Grand Slam nation, we get to play at home and in our backyard."

The American delivers an emphatic 6-4 6-1 victory to upset 7th seed Iga Swiatek and advance to her maiden Grand Slam final.

The 25-year-old Barty, who made her Australian debut as a 15-year-old, will be aiming to add the Australian Open to her previous Grand Slam victories, at the French Open in 2019 and Wimbledon last year.

"I'm just happy that I get to play my best tennis here," she said.

"I enjoy it, I've done well before and now we have a chance to play for a title."

In the following match on the same court, Collins reached her maiden Grand Slam final with a straight-sets triumph over Poland's seventh seed Iga Świątek.

Collins, currently 30th on the Women's Tennis Association's rankings, stormed into a 4-0 lead in the first set, and, despite losing serve twice, held on to win it 6-4.

She repeated the feat in the second set as she took a four-game advantage, and continued her domination to progress 6-4, 6-1.

The American is set to move into the top 10 after the Australian Open, and said this tournament represented the culmination of "so many years of hard work", and that she "couldn't be happier".