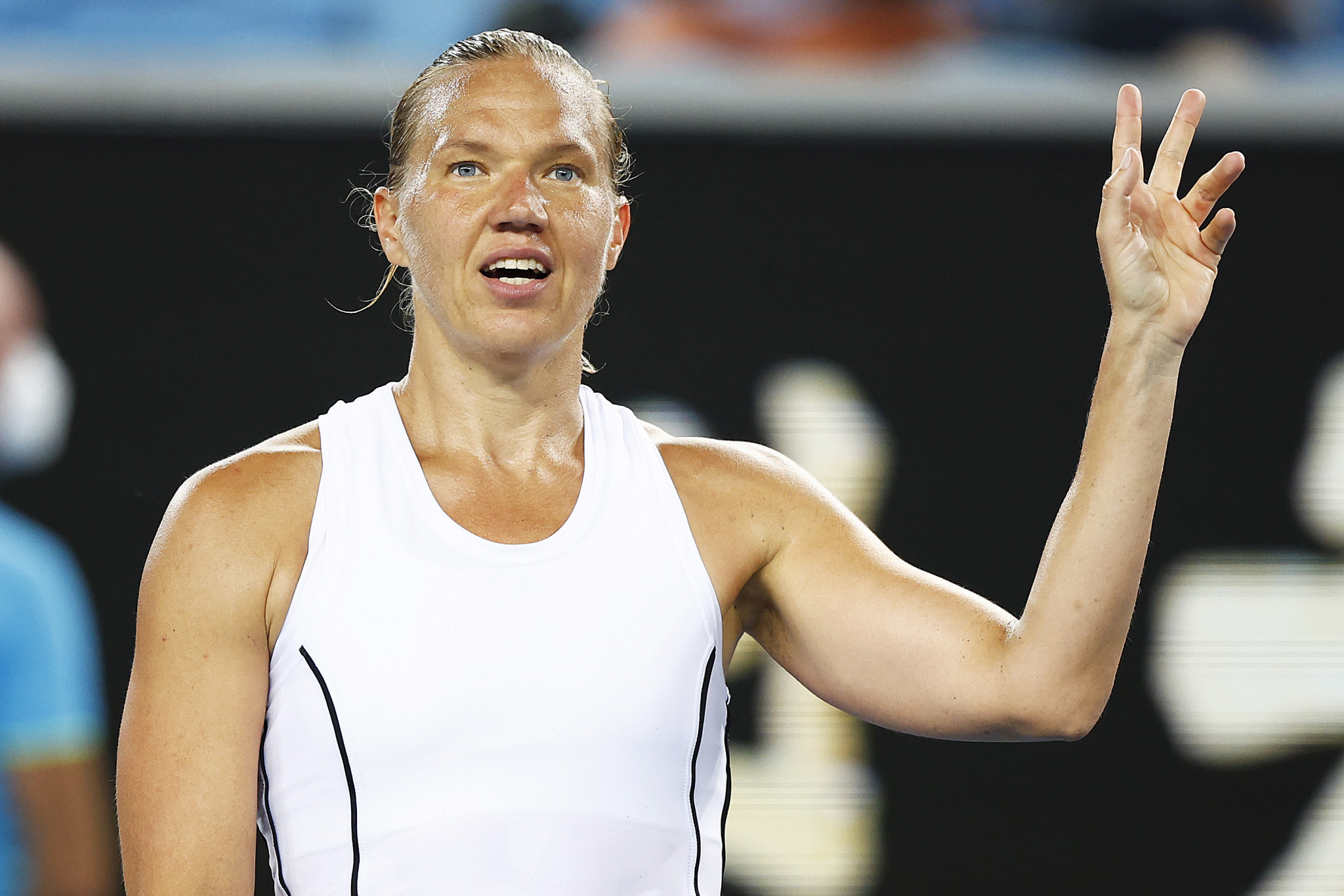 Estonia's Kaia Kanepi earned a quarter-final place in the Australian Open women’s singles for the first time after upsetting second seed Aryna Sabalenka in a three-set match in Melbourne.

The fourth round had marked Kanepi’s best performance at the Grand Slam event in her career at the age of 36.

The world number 115 spurned two break point opportunities in the first set on the Margaret Court Arena, with Belarus’ Sabalenka taking advantage by breaking in the next game to take the opener 7-5.

Kanepi responded to the setback impressively, winning the opening four games of the second set, with Kanepi able to take the contest into a decider.

The momentum remained with Kanepi in the third set as she immediately broke serve, before forcing Sabalenka to save four break points at 4-2.

Sabalenka eventually held serve and then fended off four match points, with the Belarusian then breaking back to level the match.

Kanepi has now reached the quarter-finals of all four Grand Slam tournaments in her career - most recently at the US Open in 2017 - and will set her sights on a maiden semi-final appearance.

On her 63rd main draw appearance, @alizecornet is into her FIRST Grand Slam quarterfinal. The world No.61 upsets Simona Halep 6-4 3-6 6-4.#AusOpen · #AO2022 pic.twitter.com/PwlBeFTPDA

She is set to face seventh seed Iga Świątek after the Polish star came from a set down to beat Romania’s Sorana Cîrstea.

Cîrstea won the first set 7-5, but the 2020 French Open champion responded by taking the second 6-3.

Świątek crucially saved four break points in the deciding set, with the 20-year-old then securing two breaks on route to a 5-7, 6-3, 6-3 victory.

Cornet will compete in a Grand Slam quarter-final for the first time on her 63rd attempt, with the 32-year-old set to face the United States' Danielle Collins.

Fritz appeared on course for a shock win after taking a two sets to one lead the Greek at the Rod Laver Arena.

Tsitsipas is scheduled to Italy’s Jannik Sinner, who ended the challenge of home favourite Alex de Minaur with a straight sets 7-6, 6-3, 6-4 win.

The US Open champion is due to next play Canada’s Felix Auger-Aliassime, who reached the last eight of the tournament for the first time with a 2-6, 7-6, 6-2, 7-6 win over Croatia’s Marin Cilic.