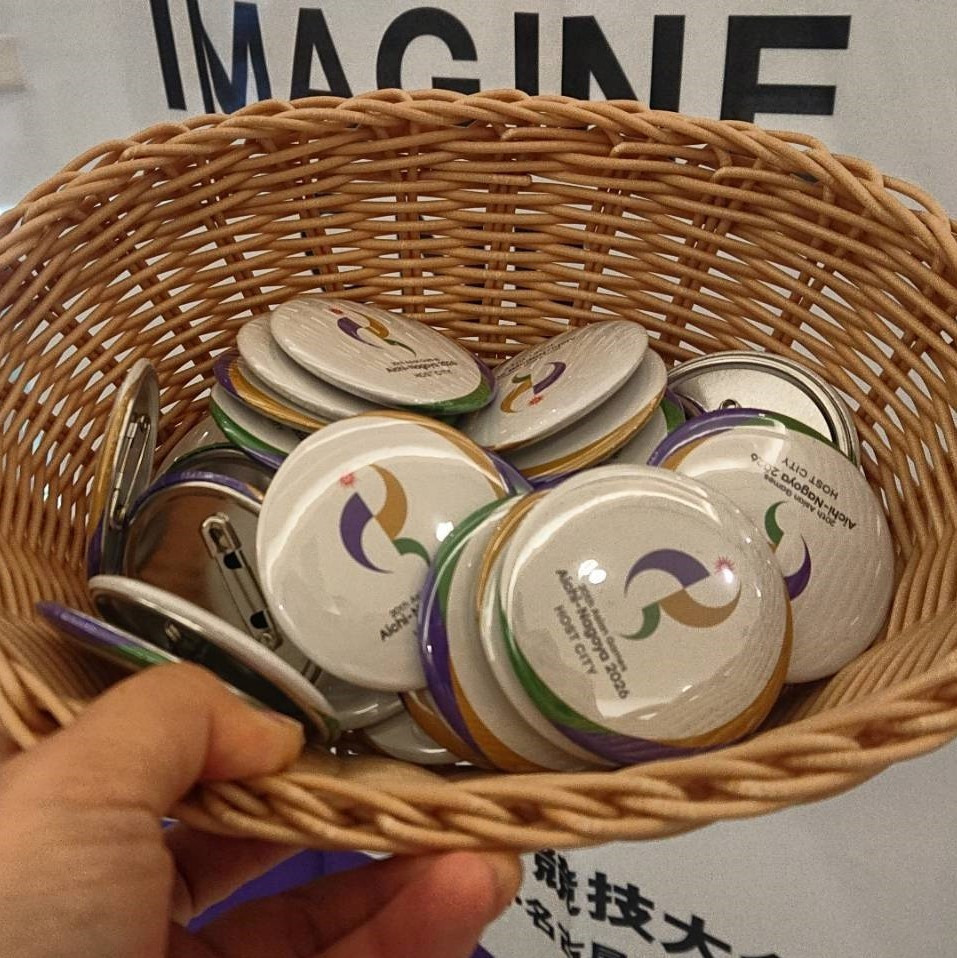 Badge-making equipment has played a central role in activities to promote the Aichi-Nagoya 2026 Asian Games.

A promotional team has appeared at various locales in the area in the last month, equipped with a machine to make badges bearing the Games' logo.

Toyota Stadium - slated to be a football venue in 2026 - Nagoya Airport and Mizuho Park have all welcomed an Aichi-Nagoya 2026 stall.

Souvenir badges were utilised by Aichi-Nagoya 2026 to help efforts to promote the Games and raise awareness of the fact Nagoya, and the Aichi prefecture as a whole, will be hosting the continental multi-sport event.

Aichi-Nagoya 2026 is the next-but-one Asian Games, and will mark the third time Japan is hosting the event.

Tokyo staged the Asian Games in 1958 and Hiroshima was the destination for the 1994 edition.

Host cities are already locked in for 2030 and 3034 - respectively Qatari capital Doha and Saudi counterpart Riyadh.

Japan has hosted several major sporting events in recent years, none bigger than the Tokyo 2020 Olympics.

The 2019 Rugby World Cup was also in Japan, but Nagoya was not among the host cities.