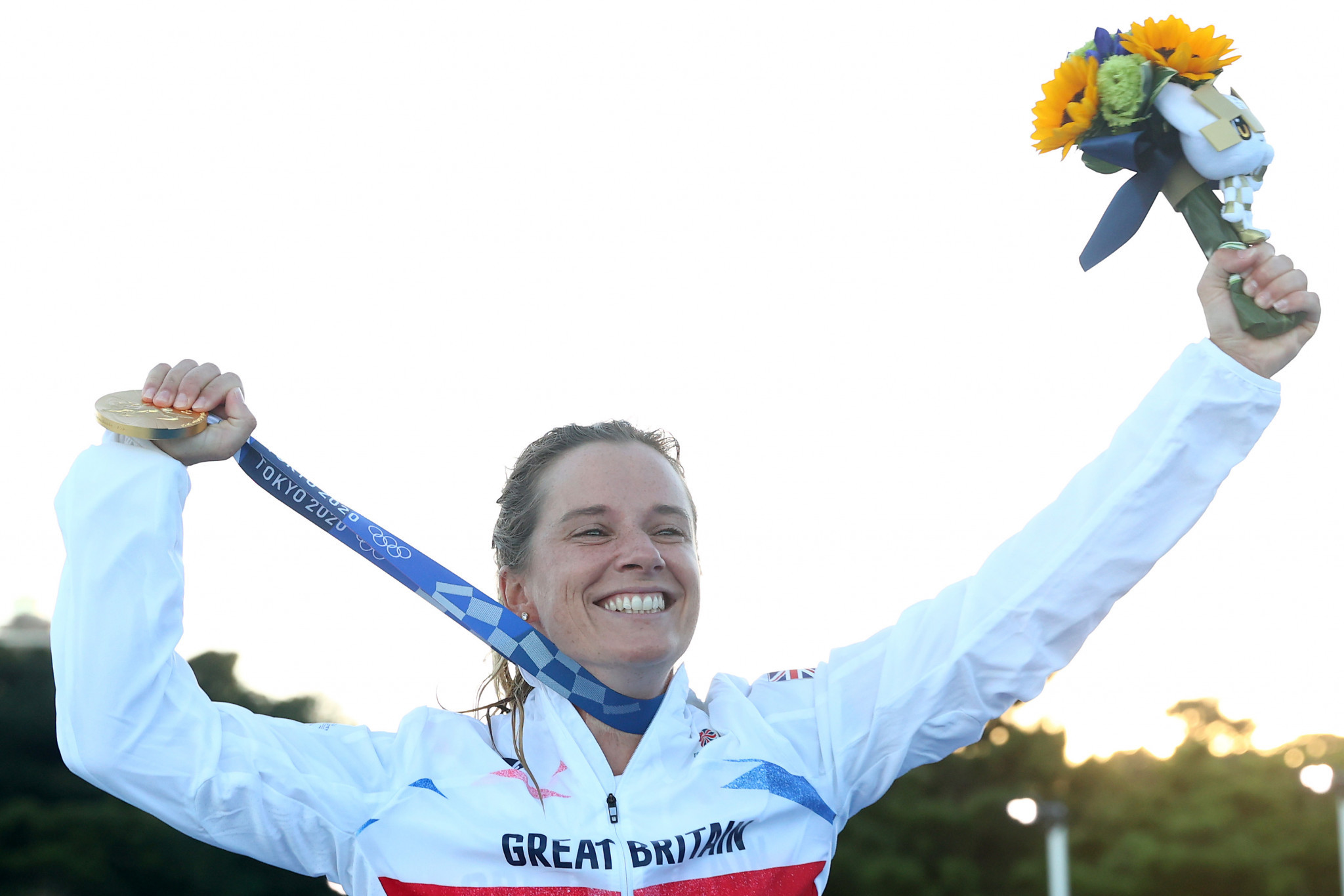 Tokyo 2020 gold medallists Hannah Mills, Giles Scott and Stuart Bithell are among eight British sailors to have announced their retirement from Olympic campaigning.

Robinson also expressed optimism for British sailing heading towards the Paris 2024 Summer Olympics, after topping the sailing medal table for the fifth time in six Games at Tokyo 2020 with three golds, a silver and a bronze medal.

"All good things must come to an end, and as such these incredible athletes have taken the decision to step back from Olympic campaigning," said Robinson.

"These individuals have made such a huge impact on our sport, their achievements speak for themselves, and they’ve inspired countless youngsters to follow in their footsteps.

"I feel very proud to have led a team full of such great athletes, and those retiring will be sorely missed.

"However, as a team, we are well-prepared.

"Lots of our Tokyo team are going again, plus there are a whole host of talented sailors who’ve been waiting patiently in the wings to get their time to shine.

"With Paris 2024 less than three years away, the British Sailing Team is full-steam ahead, with the number one goal of defending our title of the world’s most successful Olympic sailing team."

Mills became the most successful female Olympic sailor at Tokyo 2020, after winning gold with the Eilidh McIntyre in the women’s 470 event with Eilidh McIntyre.

The duo were named female World Sailors of the Year last week.

Mills had previously won silver at London 2012, before claiming gold at Rio 2016.

She will now focus on the SailGP circuit and continuing her environmental campaigning with her charity the Big Plastic Pledge.

Scott retained his Olympic finn title at Tokyo 2020, maintaining Britain’s dominance in the class having won gold medals in the event from Sydney 2000 onwards through Iain Percy and Sir Ben Ainslie.

The class will be removed for Paris 2024, with Scott set to resume being part of campaigning for the America’s Cup alongside Ainslie.

Bithell won gold in the men’s 49er class with Dylan Fletcher at Tokyo 2020, adding to the silver medal he won with Patience in the men’s 470 at London 2012.

Patience and Grube have ended their Olympic campaigning, with the duo having placed fifth at Tokyo 2020 in the men’s 470 class.

She was the first British sailor to win a World Championship in the class in 2016.

Dobson competed at the Rio 2016 and Tokyo 2020 Olympics with Saskia Tidey in the 49erFX skiff event, placing ninth and sixth respectively.

The duo were World Championship silver medallists in 2020.

Saxton represented Britain at Rio 2016 in the Nacra 17 class with Nicola Groves, where they finished ninth.

He won World Championship gold the following year with Katie Dabson, before claiming the European title in 2019 alongside Nicola Boniface.

Saxton stepped away from Olympic sailing after losing out on selection to Tokyo 2020 silver medallists John Gimson and Anna Burnet.

British Sailing Team says Tokyo 2020 gold medallists Dylan Fletcher and Eilidh McIntyre will continue to Paris 2024 in the 49er and women’s 470 classes, with their new crews yet to be decided.

Gimson and Burnet will pursue further medal success at the Games, alongside Tokyo 2020 women’s RS:X bronze medallist Emma Wilson, windsurfer Tom Squires and Saskia Tidey, who will compete in the 49erFX event.

British Sailing Team added that three-time Olympic windsurfing medallist Nick Dempsey has returned to the organisation to coach the men’s iQFOiL, the new foiling windsurfer class that will debut in Paris.