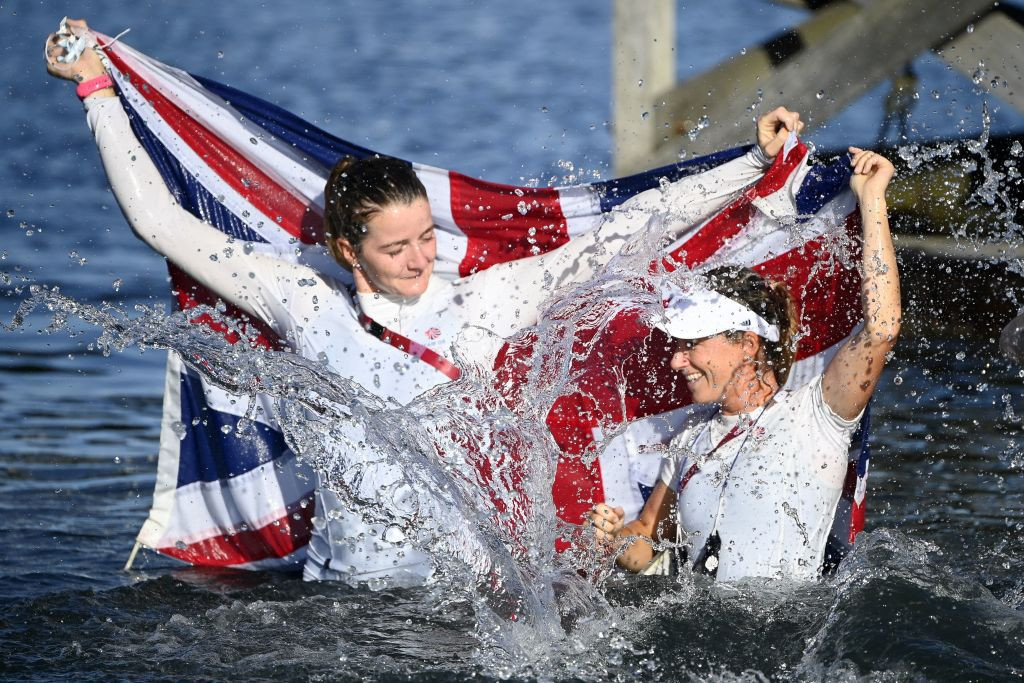 Britain's Hannah Mills and Eilidh McIntyre have been crowned female 2021 Rolex World Sailor of the Year after they won gold in the 470 class at the 2020 Olympic Games in Tokyo.

The men's award was claimed by Australia's Tom Slingsby for his achievements in three competitive classes over the past two years.

Mills and McIntyre received 35 per cent of the votes for the women's prize, which featured a field of five contenders.

"I am completely blown away," said Mills, now a double Olympic champion after her triumph with McIntyre at Tokyo 2020.

"The line up this year was absolutely incredible.

"I am so proud of Eilidh for everything she put into this Olympic campaign, she was the absolute best teammate.

Congratulations to Tom Slingsby, the male @ROLEX World Sailor of the Year 2021 ✨

"This is huge for me...I really honestly wasn't expecting this at all." ⬇️#WorldSailingAwards2021 pic.twitter.com/zAfxEq8w5A

"I feel privileged to be a female in sailing right now, there are so many opportunities out there.

"I really hope to be a part of forging the pathway for female sailors of today and for the future."

Slingsby, who competes on the global SailGP circuit, earned 29 per cent of the votes to become the male Rolex World Sailor of the Year.

The Australian clinched the season 1 title as team chief executive and skipper of TeamAustralia and was part of the crew of Comanche, winners of the 2021 Rolex Middle Sea Race.

World Sailing said a total of 40,000 votes were cast for the awards.