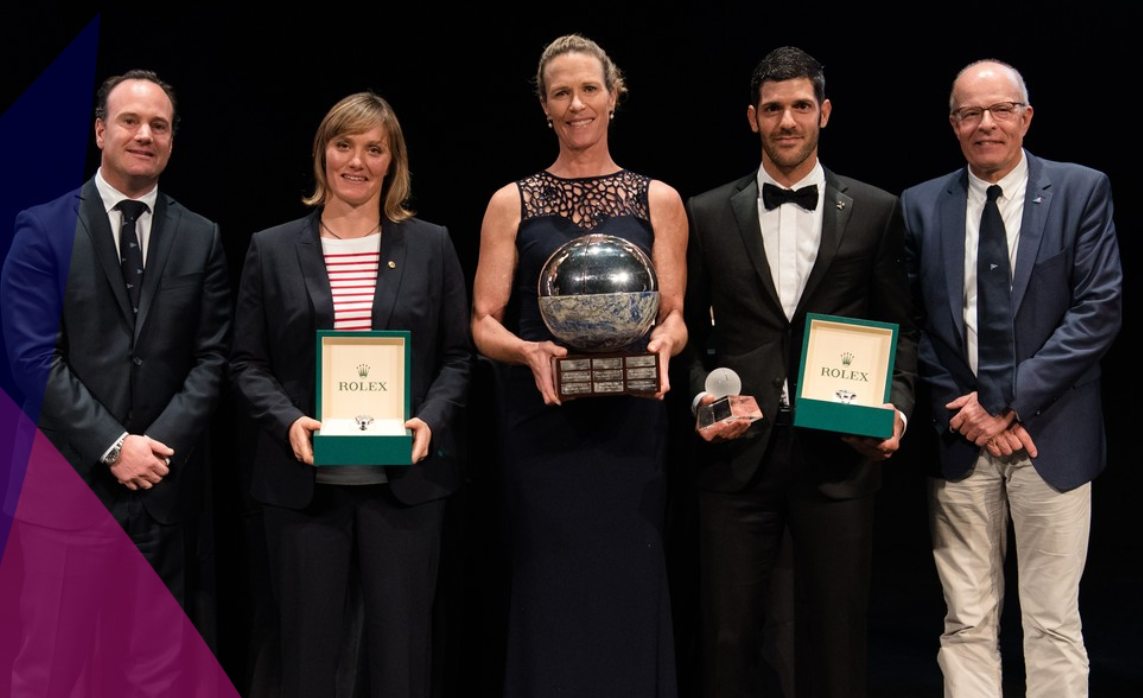 The nomination process for the 2019 World Sailing Awards has officially opened.

Fans can now put forward their choices in four categories including the prestigious Rolex World Sailor of the Year.

Prizes will be given out at an awards ceremony held on the sidelines of the World Sailing Annual Conference in Bermuda on October 29.

The World Sailor of the Year category crowns one male and one female winner and is considered the ultimate recognition of excellence in the sport.

Sailors must have performed an "outstanding achievement in the sport of sailing between September 1, 2018 and August 31, 2019" to be considered.

In 2018, Carolijn Brouwer and Marie Riou won the women's prize after becoming the first female winners of the Volvo Ocean Race.

Nominations for Sailor of the Year must be received by August 31.

Other prizes where the public can nominate are team of the year, boat of the year and the sustainability award.

Team of the year celebrates crews of two or more who personify the sporting values of integrity, ambition, resilience and resourcefulness with nominations open until August 12.

A racing sailboat that has scored in an international race for the first time between September 1, 2018 and the nomination deadline of August 12 will win the prize.

Nominations for the sustainability prize close on August 23 with the winner a project which can demonstrate environmentally-friendly initiatives in line with World Sailing's Agenda 2030.

Three other awards will also be awarded in Bermuda – the Beppe Croce Trophy for an outstanding voluntary contribution, the President's Development Award and the eSailing World Championship Trophy.

Shortlists in all of the categories will be drawn up by expert selection committees by September.

Nomination forms can be found here.