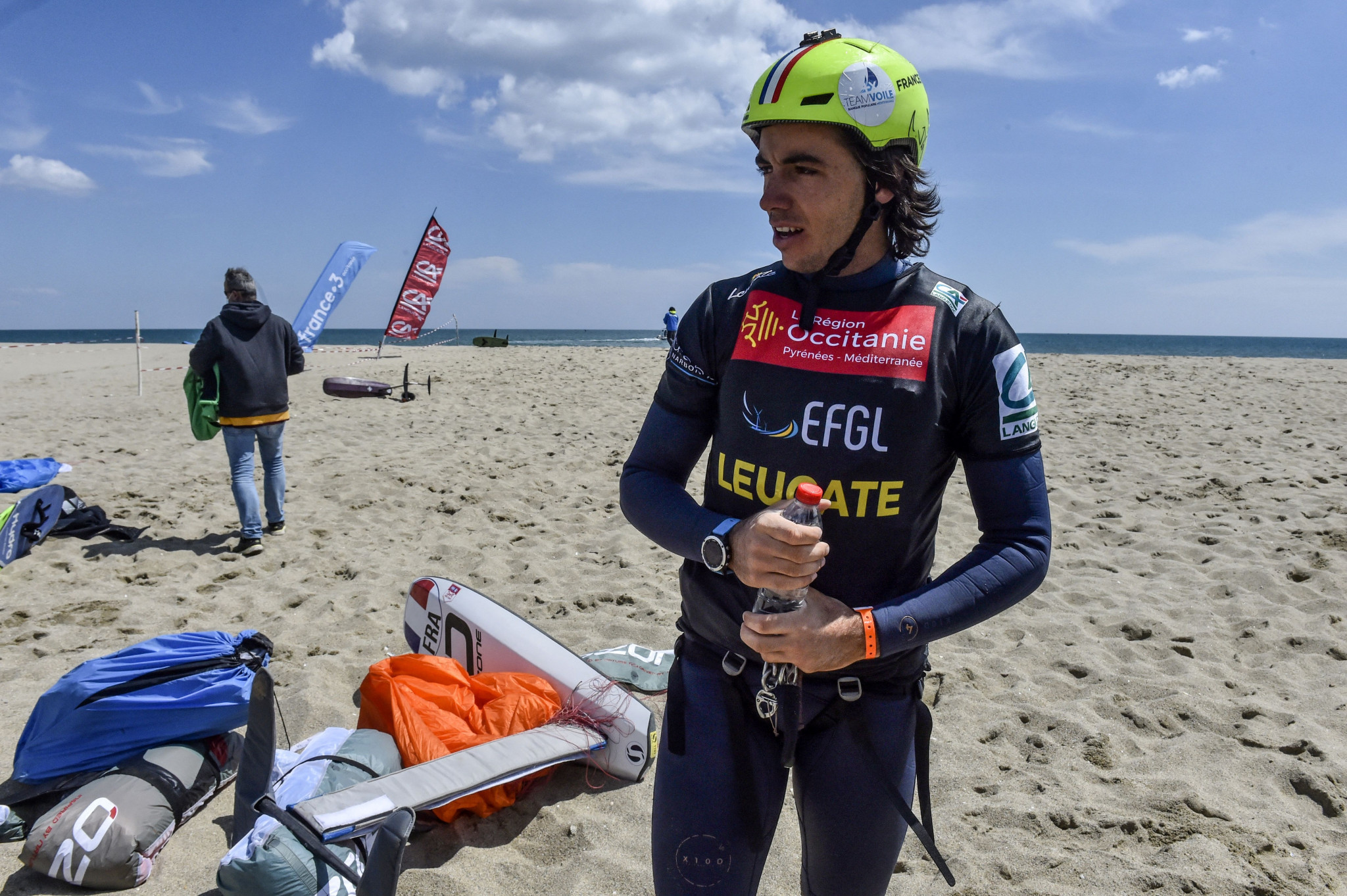 France's Axel Mazella has an opportunity to claim the victory at the latest KiteFoil World Series leg in the Canary Islands in Spain, in the absence of his injured compatriot Theo de Ramecourt.

After two days, he sits two net points off the top in third with three second-place finishes and a third so far.

Under-17 athlete Maximilian Maeder of Singapore has had a bright start to his competition, after winning all three races on the opening day, but finished today in 20th, giving him a costly discarded result.

Despite this, he is still on 12 points at the top of the standings, one in front of Connor Bainbridge of Britain, who claimed the fourth race victory today and has finished in the top three on four occasions so far.

Another youngster, Riccardo Pianosi of Italy, is in fourth having won the sixth race today with a distant 21 points, just two ahead of race five winner, Croatian Martin Dolenc.

Russian Yachting Federation's (RYF) Denis Taradin is in sixth on 24.

Poema Newland of France is the top female in the standings in 16th overall and has a top finish of seventh so far on 78 points, ahead of Britain's Ellie Aldridge who is 22nd with 106 points.

Gisela Pulido Borrell of Spain is in 25th on 113, marginally in front of the RYF's Valeria Garashchenko who is a spot behind on a net total of 115.

The fifth female athlete in the standings is Britain's Maddy Anderson in 28th on 124.