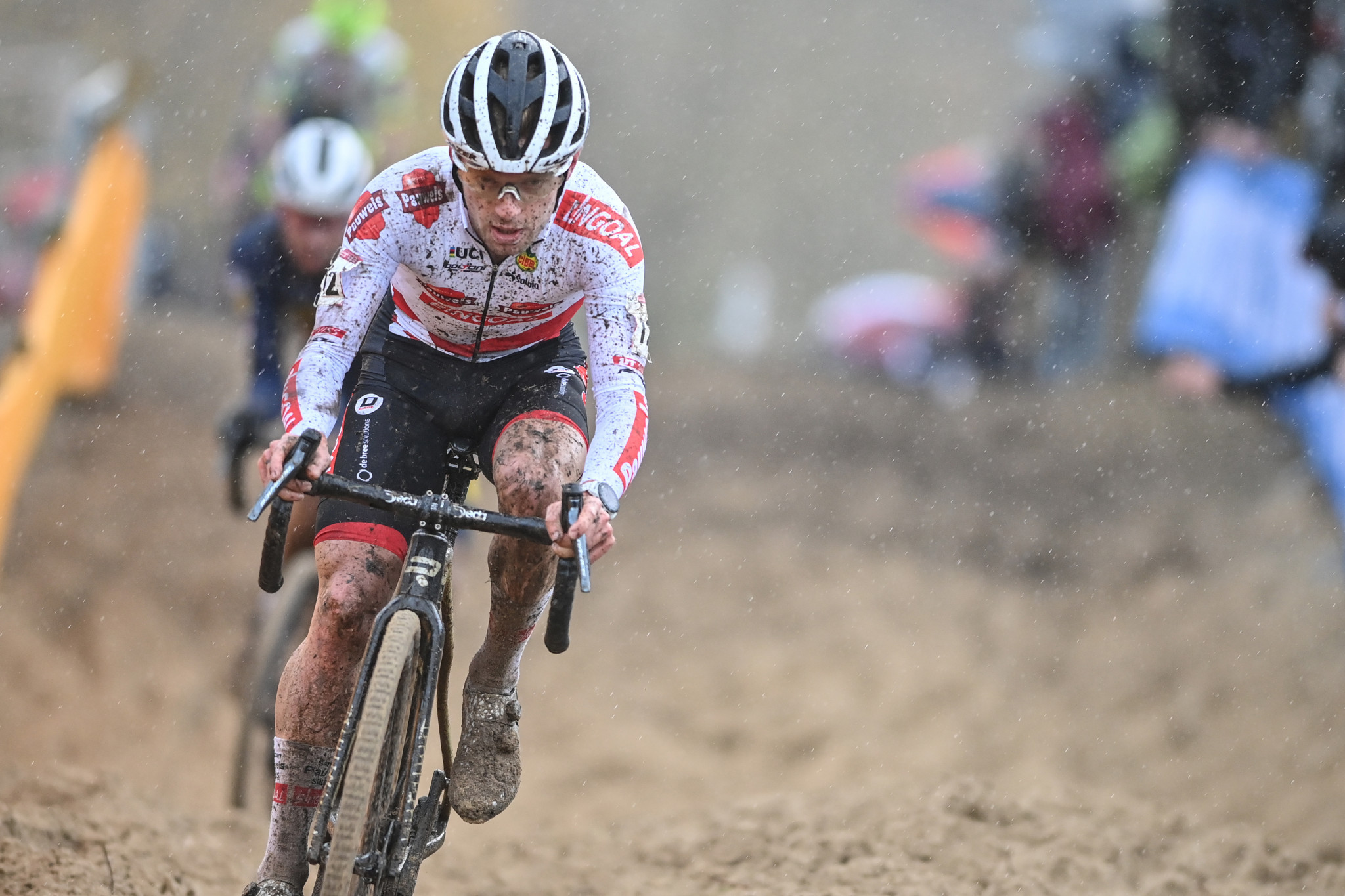 The Belgian cyclist had already secured victories in Waterloo, Ioea and Overijse, with the triumphs placing him top of the overall standings.

Iserbyt impressed on the sandy course in Koksijde in Belgium, where he battled against fellow Belgian Toon Aerts until the sixth and penultimate lap.

Aerts eventually fell off the pace as Iserbyt edged away to secure victory in a time of 57 minutes exactly.

An all-Belgian podium was rounded off by Aerts, who finished a further three seconds back.

The result increases Iserbyt’s lead at the top of the Cyclo-Cross World Cup standings, with the Belgian topping the standings on 245 points after achieving podium finishes at all seven races to date.

Aerts and Van der Haar follow on 176 and 175 points respectively.

Annemarie Worst secured her first World Cup win of the season after topping the standings in the women’s event.

Annemarie Worst takes her first win of the season! 👏 She rocked the sand of Koksijde today! 📺 Follow the action 👉 https://t.co/lWQrlsq841 #CXWorldCup pic.twitter.com/tSs8oQT5yK

Worst powered clear on the penultimate lap of the race, with the Dutch cyclist earning a convincing victory.

Denise Betsema finished as the runner-up, trailing Worst by 17 seconds.

Lucinda Brand completed the podium places in a time of 47:08.

The top nine places in the event belonged to Dutch riders, reflecting their strength in depth in the women’s event.

Betsema remains her nearest rival on 198.

The World Cup circuit continues in Besançon next week, marking the halfway point in the 16-race series.