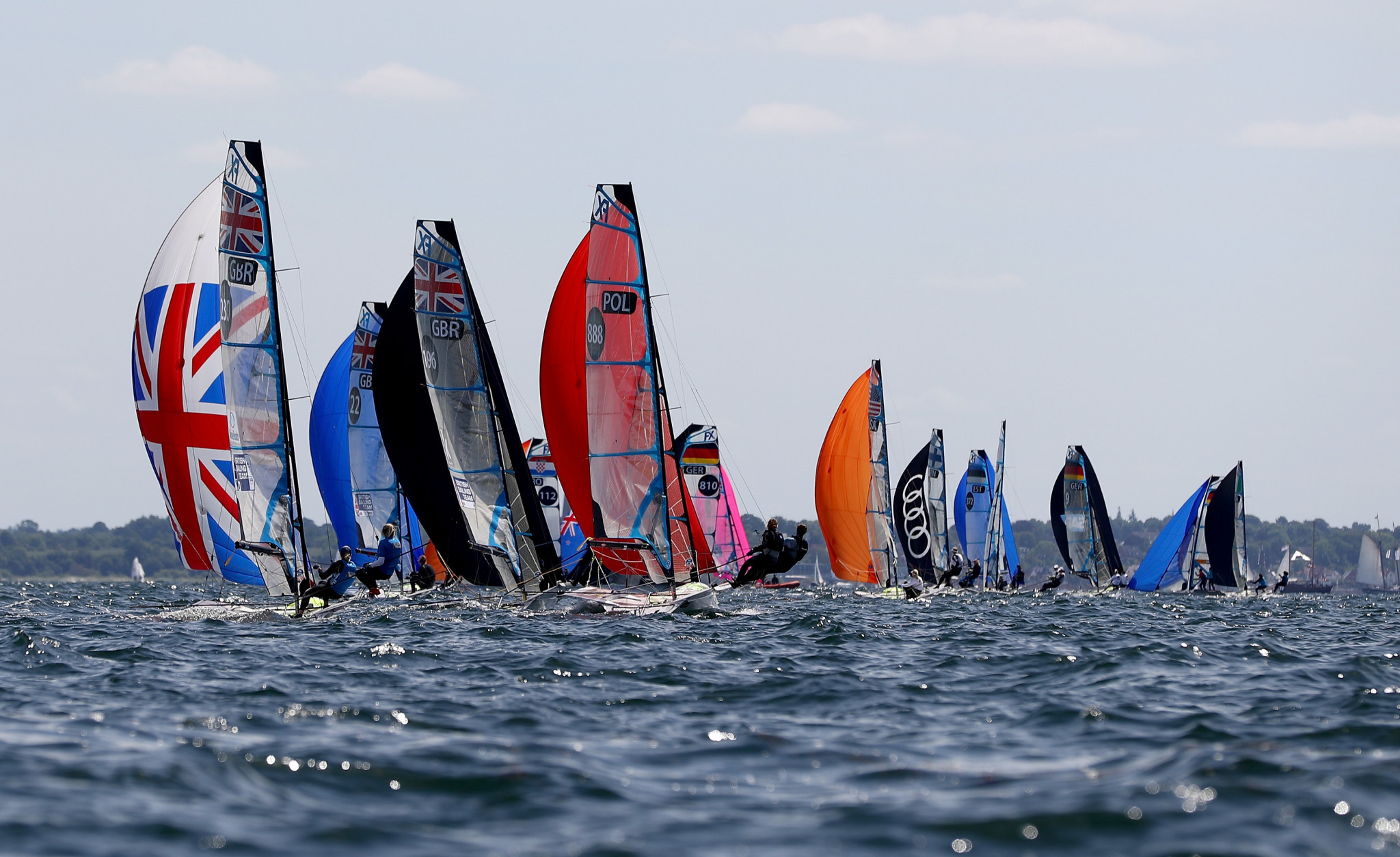 The Netherlands' Odile van Aanholt and Elise de Ruyter cemented their position at the top of the 49erFX standings on the penultimate day of racing at the 49er, 49erFX and Nacra 17 World Championships in Mussanah in Oman.

Only two races were staged at the Barcelo Mussanah Resort in the 49erFX due to light winds and a delayed start, but Van Aanholt and De Ruyter triumphed in the first of those before securing a sixth-place finish in the 14th race of the tournament.

Their total now stands at 56 points.

They held a six-point lead over Helene Næss and Marie Rønningen overnight, and extended that to 17, after the Norwegian pair endured a difficult first race of the day in which they placed 14th.

However, they recovered with third-place finish in the final race to return to second overall.

Brazil's Martine Grael and Kahena Kunze, the reigning Olympic champions, sailed their drop race on the 14th, and a third in the 13th keeps them third in the standings on 75 points.

A sixth and an eighth from Finland's Ronja Grönblom and Veera Hokka keeps them in medal contention with 83.

In the 49er, Dutch pair Bart Labriex and Lars wan de Werken took a six-point lead with 69 at the top, but only after sailing their drop race in the first of the day with a disappointing 21st.

They proved that was merely a blip by finishing second in the next race, then going one better by winning the third race of the day.

Germany's Fabian Graf and Tim Fischer sailed to a 12th-place finish and two fifths to stay second on 75.

Frederik Rask and Jakob Precht Jensen of Denmark won their third race of the World Championships in the 14th to move onto the podium, with a pair of ninth-place finishes helping them to finish the day with 87 points.

Ian Barrows and Hans Henken of the United States remain fourth with 90, sailing their drop race in the 15th, while Ireland's Robert Dickson and Sean Waddilove recovered from a difficult day yesterday by finishing with two third-placed finishes to move back up to fifth on 97.

France's Kévin Fischer Guillou and Noé Delpech recorded three double-digit scores to drop from the podium down to eighth.

The lead changed again in the Nacra 17 fleet, with Britain's Tokyo 2020 silver medallists John Gimson and Anna Burnet leapfrogging Italy's Gianluigi Ugolini and Maria Giubilei and leading them by six points after an impressive display.

Gimson and Burnet won the 14th race of the contest either side of fifth- and second-place finishes, ending the day with 53 points.

Seven, four and six points from the Italian pair was not enough to preserve their overnight lead as they now sit on 62.

Germany's Paul Kohlhoff and Alicia Stuhlemmer earned bronze at Tokyo 2020, and are on course to do so again at the World Championships.

They finished third and ninth in the first two races of the day, before winning the last for a total of 62.

France's Tim Mourniac and Lou Berthomieu closed in on the podium with a second place and two fifth-place finishes putting them on 66, while Italy's 2019 world champions Vittorio Bissaro and Maelle Frascari won the first race of the day, but remain fifth with 75.

Medallists will be decided on the final day of racing tomorrow.