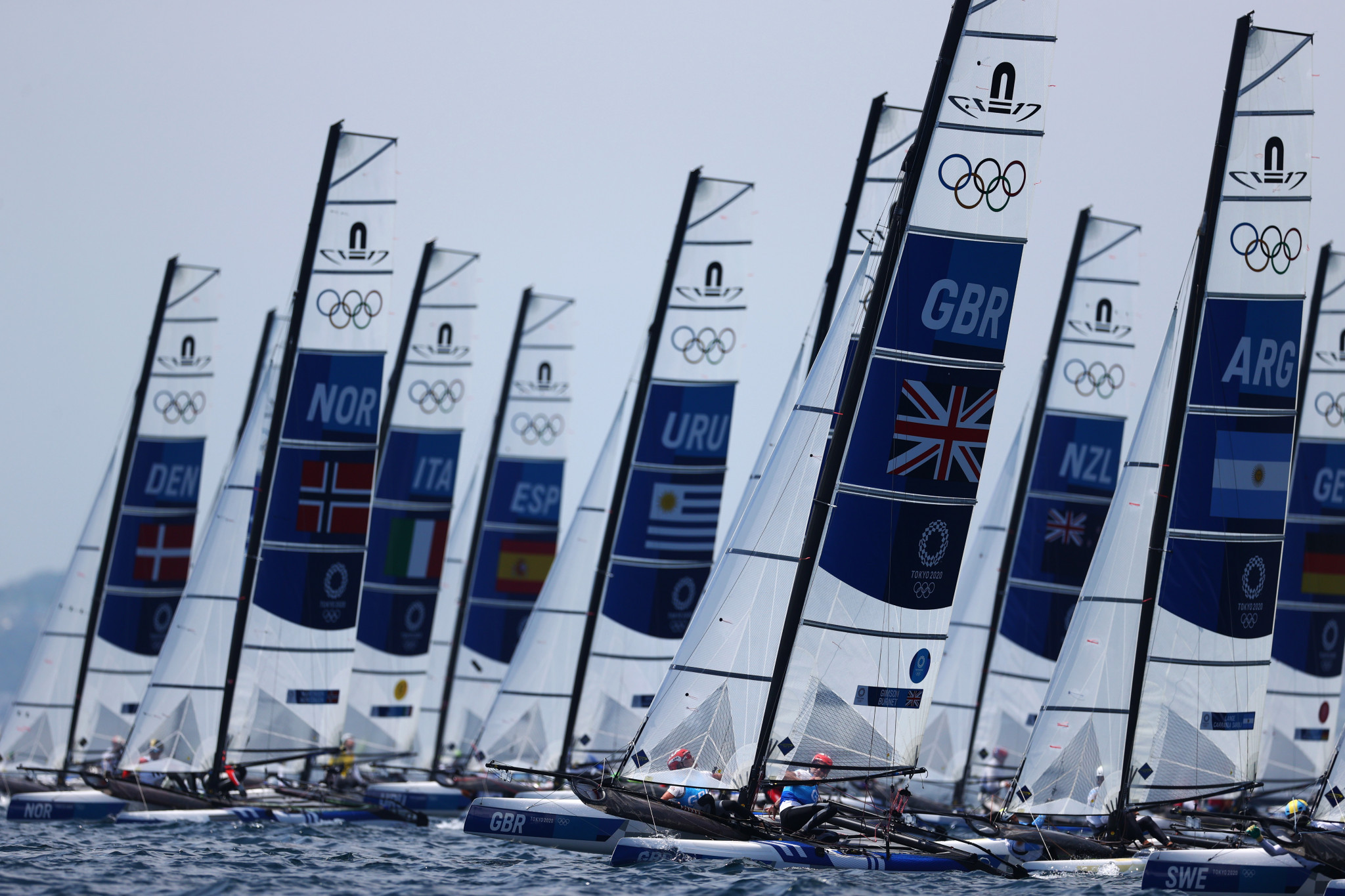 Britain's Jack Hawkins and Chris Tomas top the 49er standings after the opening day of competition at the 49er, 49erFX and Nacra 17 World Championships in Mussanah in Oman, gaining a win in the third race.

They made the podium twice today in their fleet, also finishing second in their opening sail to finish the day on nine points.

Equal on points are the French pair Kévin Fischer Guillou and Noé Delpech, who had third and second-place finishes.

Otto Henry and Miles Davey of Australia are in third on 10 having won the second race of the day, while Uruguayans Hernan Umpierre and Fernando Diz achieved the same feat in the alternate fleet and are now fourth on 11.

Rounding off the top five are Germany's Tim Fischer and Fabian Graf with 12 points, having picked up a victory in their opener.

Other race winners were two Irish teams - 14th-placed Robert Dickson and Sean Waddilove in the third race and Séafra Guilfoyle and Johnny Durcan in the opener.

Ronja Grönblom and Veera Hokka of Finland are clear at the top of the 49erFX table with a second and first-place finish, yielding a total of 11 points.

Norwegians Helene Næss and Marie Rønningen are in second having claimed third in their second race and sit on 16, just in front of France's Lara Granier and Amélie Riou on 20, after the pair won the alternate fleet's second race.

Brazilians Martine Grael and Kahena Kunze are also on 20 points too in fourth, while Dutch duo Odile van Aanholt and Elise Ruyter are in fifth on 21, aided by a victory in the opener.

Tim Mourniac and Lou Berthomieu of France are top of the Nacra 17 standings on eight points, starting their campaign with a victory and a second-place finish.

A point behind in second are Olympic silver medallists John Gimson and Anna Burnet of Britain, who took the last win of the day to keep the pressure on.

Gianluigi Ugolini and Maria Giubilei of Italy are third on 12, a point in front of race two winners, Paul Kohlhoff and Alicia Stuhlemmer of Germany.

Laila van der Meer and Bjarne Bouwer of The Netherlands complete the top five on 17.