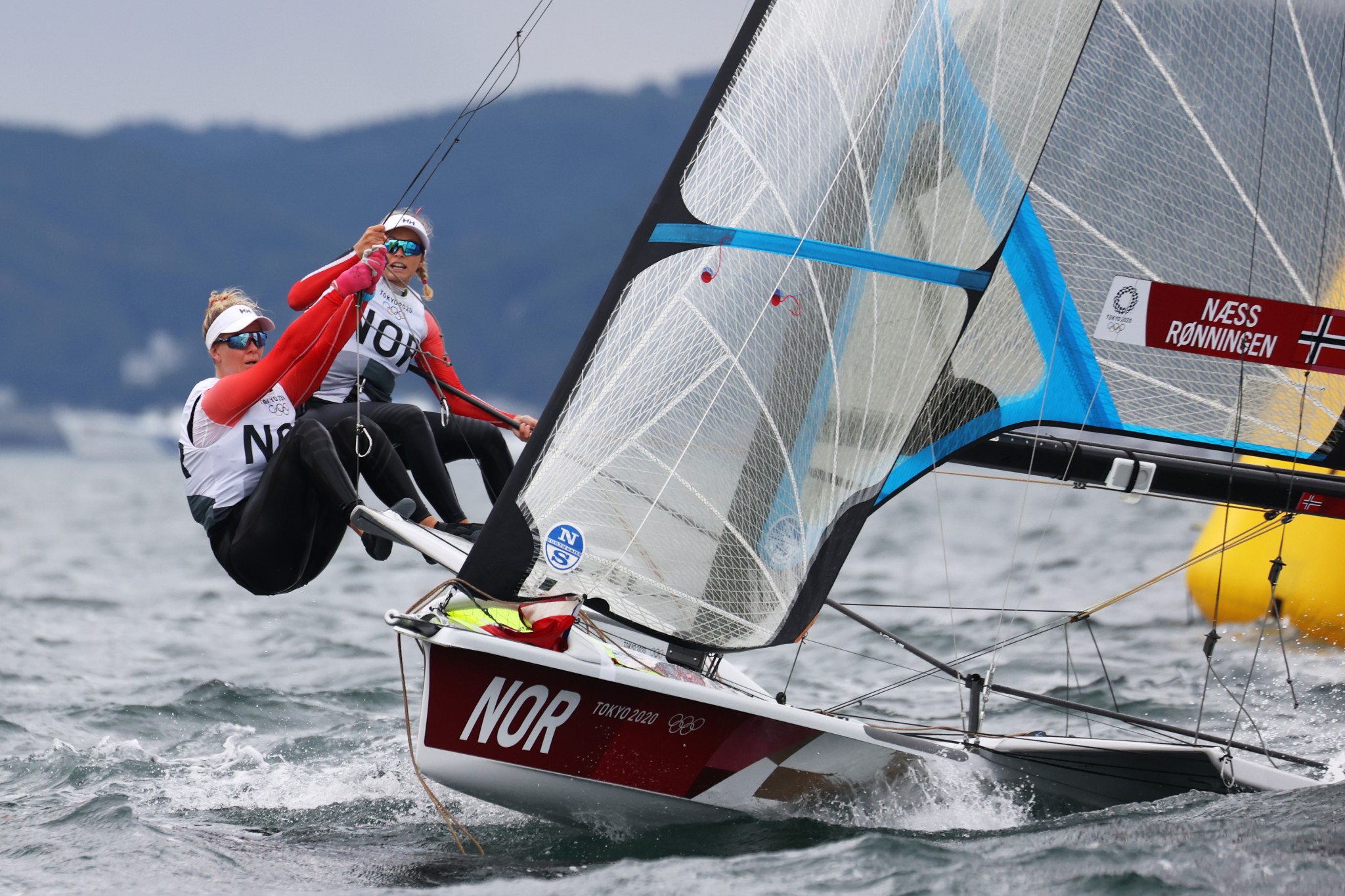 Scores of two and five in the final two qualifying races at the Barcelo Mussanah Resort helped the pair into 25th place on 82 points to earn the final berth in the gold fleet, which will race off for the Championship, starting from tomorrow.

Two second-placed efforts from Bart Labriex and Lars wan de Werken of The Netherlands, followed by a fifth in the final qualifying race, moved them into the lead on the third day of competition with 31.

Germany's Tim Fischer and Fabian Graf secured back-to-back sixes and a three to climb to second with 35, while their compatriots Jakob Meggendorfer and Andreas Spranger are three points behind having dropped a place to third.

Robert Dickson and Sean Waddilove of Ireland looked set to remain on the podium, but recorded double digits in the final race to slip to fourth on 41.

Americans Ian Barrows and Hans Henken secured two victories in the final two races to force themselves into contention in fifth place with 41.

They are level with the overnight leaders Otto Henry and Miles Davey of Australia, who had a more disappointing day with scores of 10, eight and seven, and Poland's Łukasz Przybytek and Paweł Kołodziński despite their disqualification in the ninth and final race.

The 49erFX standings are finely poised, with Helene Næss and Marie Rønningen of Norway moving into a slender lead on 36 at the halfway stage after winning the final race.

Odile van Aanholt and Elise Ruyter led after six races, and are now a point behind Næss and Rønningen.

A promising third-placed finish in the first race of the day was followed by a 10th and ninth.

Finland's Ronja Grönblom and Veera Hokka remain third on 40 after winning their second race of the Championships, either side of a fifth and a 10th on day three.

Martine Grael and Kahena Kunze of Brazil, gold medallists at the last two Olympic Games, are level with the Finnish pair courtesy of finishing second and fourth in their first two races of the day.

The United States' Stephanie Roble and Maggie Shea are next in the standings on 51.

Gianluigi Ugolini and Maria Giubelei of Italy were the day's top performers in the Nacra 17, posting back-to-back third-placed finishes and winning the last race to move into fourth on 31.

Their compatriots Vittorio Bissaro and Maelle Frascari, who led overnight, picked up where they left off by winning the first race of the day, but dropped to third with 30 after a sixth and a seventh-place finish.

They sit on 29, with Germany's Paul Kohlhoff and Alicia Stuhlemmer leading the way on 27 after matching the feat of Gimson and Burnet on day three, including finishing second twice.

Sailing continues tomorrow in Mussanah and concludes with medal races on Sunday (November 21).