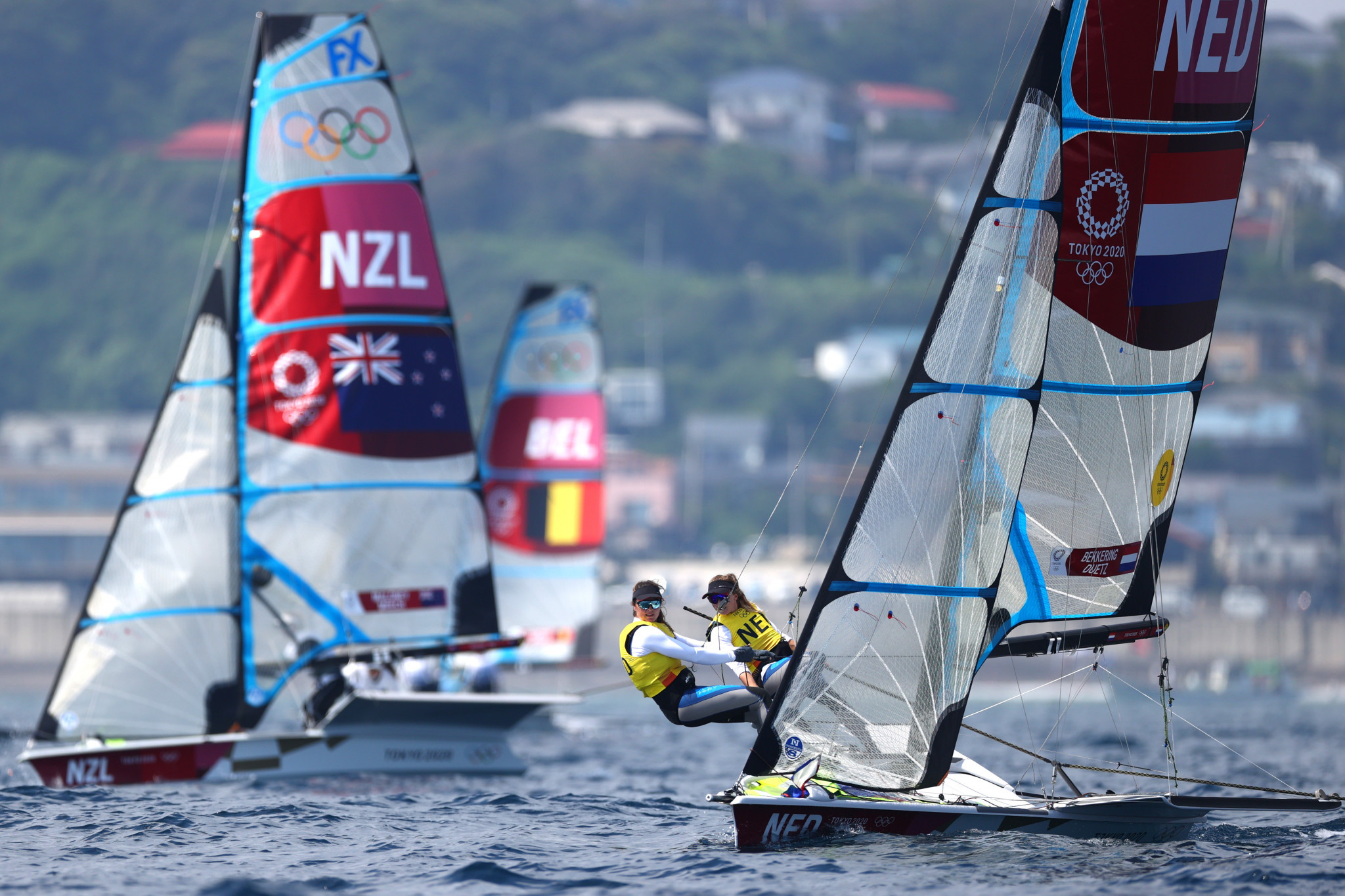 Odile van Aanholt and Elise de Ruyter enjoyed a successful day in the 49erFX category at the European Championships, moving into top spot as their Maltese competitors endured a difficult few races in Thessaloniki in Greece.

After strong finishes in seventh and sixth, the Dutch pair won the final race of the day to move onto a net total of 80.1 and now have a lead of over 20 points.

This is down to sisters Antonia and Victoria Schultheis of Malta having a turbulent day four.

Their best result was 17th, which was accompanied by a 19th place finish and a discarded disqualification for a net total of 101.

Enia Ninčević and Mihaela de Micheli Vitturi of Croatia struggled too - moving down to third on 104.

Their best finish was 11th and their lowest 22nd.

The opening race of the day saw Denmark's Helena Wolff and Laura Zeeberg take the win, and they now sit in 18th, while Canadian sisters Georgia and Antonia Lewin-LaFrance won the 11th race to move into ninth.

Britain's John Gimson and Anna Burnet remain top of the table in the Nacra 17 class with another victory, as well as a second-place finish.

With a lowest finish of seventh today, the pair are now on 20 points, far ahead of Italians Gianluigi Ugolini and Alice Cialfi, who won the opening race of the day and are now on 44 points.

In third is French pair Titouan Petard and Lou Berthomieu on 58 points with three consistent results, while Britain's Rupert White and Kirstie Urwin, who finished on the podium in all three races today, including a win in race 11, sit fourth on 60 points, the same net total as Laila van der Meer and Bjarne Bouwer of The Netherlands.

Germany's Tim Fischer and Fabian Graf are top of the 49er class after a second-place finish in today's race, sitting on a net total of 25.

Łukasz Przybytek and Paweł Kolodzinski of Poland are second on 31, followed by Mikołaj Staniul and Kuba Sztorch of Poland on 38.