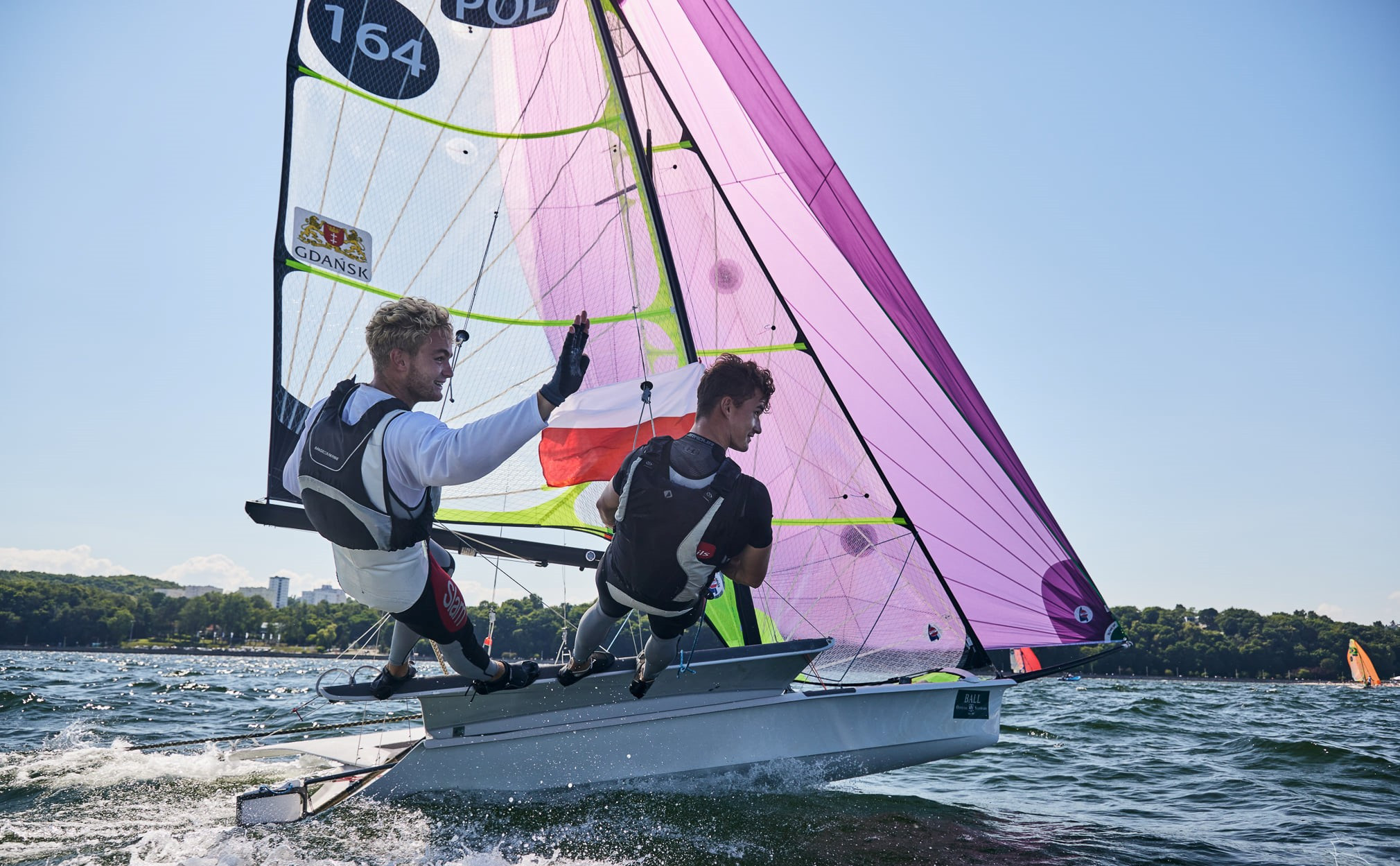 Poland’s Mikolaj Staniul and Jakub Sztroch celebrated victory in the 49er class at the Junior World Championships in Gdynia.

The local sailors led from the start of the 15-race competition and took gold by a dominant margin.

Staniul and Sztroch triumphed in nine of the races, including the final four of the competition, on their way to finishing on a winning total of 28 points.

Austria’s Keanu Prettner and Jakob Flachberger were second on 55 points, one clear of bronze medallists Hernan Umpierre and Fernando Diaz of Uruguay.

The 27-point gap between first and second place was the largest winning margin in the event’s history.

Staniul and Sztorch had previously finished eighth at the event in 2018, before improving to fourth in 2019.

"We were not looking at the overall rankings," said Staniul.

"We treated each race as a separate story and we approach each one with maximum concentration.

"We implemented this plan this attitude kept us moving in the right direction."

Italy claimed the title in both the 49erFX and Nacra 17 competitions.

Jana Germani and Giorgia Bertuzzi produced consistently strong results during the 49erFX competition, finishing in the top four positions in nine of the 14 races.

A score of 51 points saw the Italian sailors secure victory, with Malta’s Richard Schultheis and Max Korner second on 68.

The podium was completed by the Willemijn Offerman and Elise Ruyter of The Netherlands, who ended the competition with 77 points.

The Nacra 17 crown was earned by Gianluigi Ugolini and Maria Giubilei, following 11 race wins in 15 races.

The pairing finished on an overall total of 19 points.

France’s Margaux Billy and Leo Maurin were runners-up on 43 points, followed by their team-mates Titouan Petard and Lou Berthomieu on 62.