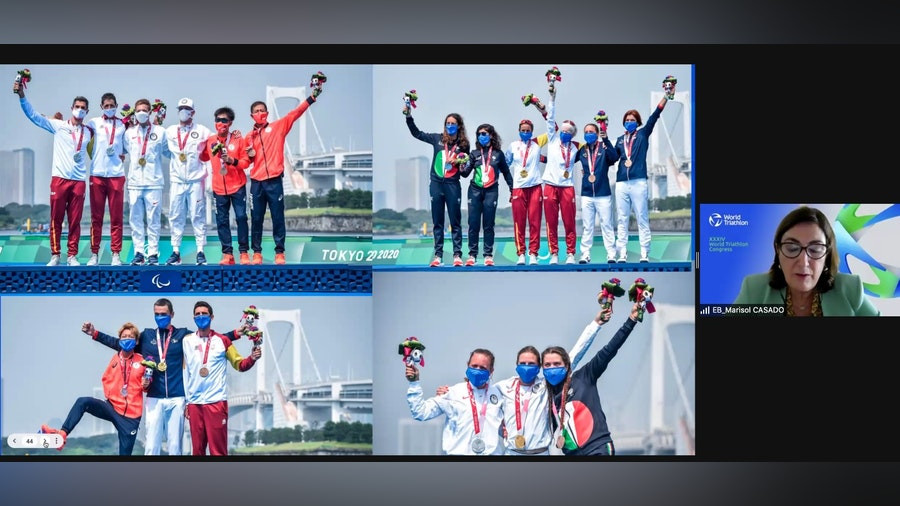 Commitment to sustainability, a financial review and the prospect of returning to a full calendar headlined proceedings at the 34th World Triathlon Congress, held virtually today.

The governing body pledged to restructure the Sustainability Commission in order to build upon its event-hosting guidelines and event certification which were established before the COVID-19 pandemic.

It also aims to ensure that the 50 per cent reduction in CO2 emissions by 2030 is on track as the event calendar returns to normal.

"It is gratifying to hear IOC President Thomas Bach’s commitment to sustainability matches those of World Triathlon so that together we can work to find new ways to combat the environment and sustainability challenges facing the planet and in which sports governing bodies have such a leading role to play," said President Marisol Casado after attending the Association of National Olympic Committees General Assembly in Crete.

The potential to return to a full calendar of events was detailed with the latest updates to next season's calendar and beyond.

The organisation relayed the apparent healthy state of its financial position despite the impact of coronavirus.

Auditors PricewaterhouseCoopers put it down to a swift response at the start of the pandemic and the reduction of expenditure across all departments.

The inclusion and exclusion of a number of member national federations was voted on by the Congress, the results of which sees World Triathlon membership now stand at 165 full members.

Alan Beckford of Jamaica was elected to the World Triathlon Women's Committee.

Lotta Johansson of Sweden was announced as the winner of World Triathlon's 2021 Award of Excellence after the most nominations ever received for the prize that recognises outstanding work to promote women’s involvement in the sport of triathlon and Para triathlon.

Johansson has been an instrumental factor behind the Swedish triathlon movement for over 25 years.