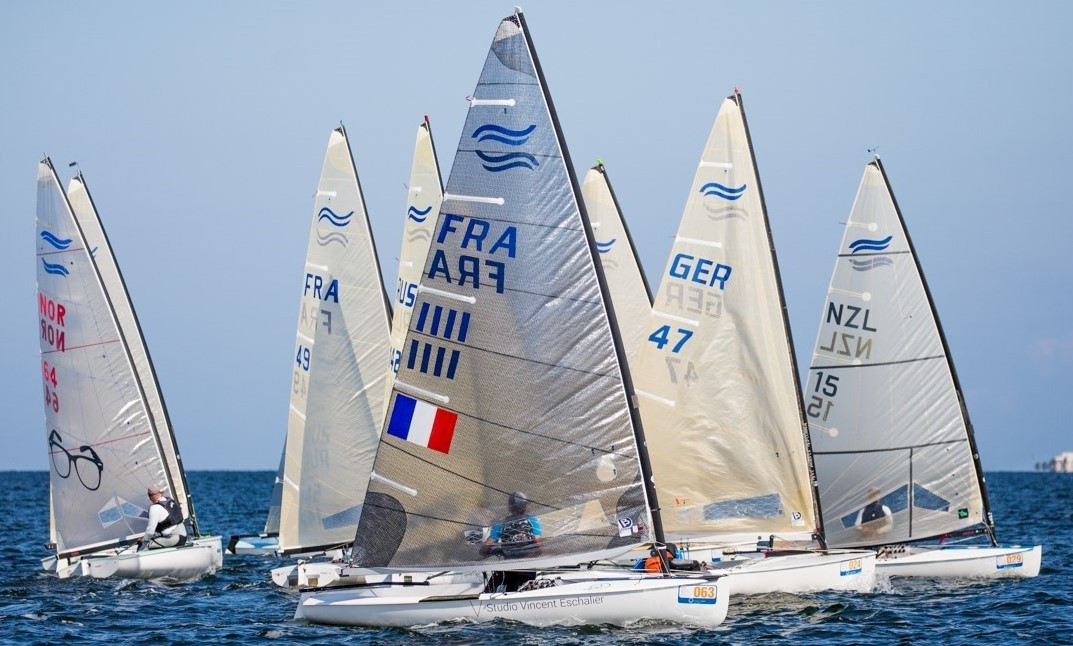 Valerian Lebrun bounced back from his worst result of the Finn World Masters yesterday to finish second and first in today's races on Mar Menor in Spain.

Spain's David Terol won the first race with a masterful performance but could not follow it up in the second as he crossed the line in 19th place.

Terol's compatriot Álvaro Ballesteros Martínez De La Cámara finished just behind Lebrun to round out the top three in the first race.

It was his best result by far in the tournament, with a 13th place finish in race four his previous benchmark.

However, the Spaniard could not emulate it in the next contest as he was disqualified.

After second-placed Filipe Silva of Portugal closed the gap between himself and the Frenchman to just five points yesterday he threw away his progress by finishing 12th in today's opener.

Lebrun and Laurent Hay delivered a French one-two in the second race while Silva regained his composure to claim the last podium spot.

The results leave Lebrun on top with 12 points, Silva in second with 29 and Terol just behind on 32.

The action continues tomorrow with the eighth and final race.

It will require a catastrophe for Lebrun to lose his advantage in the standings.