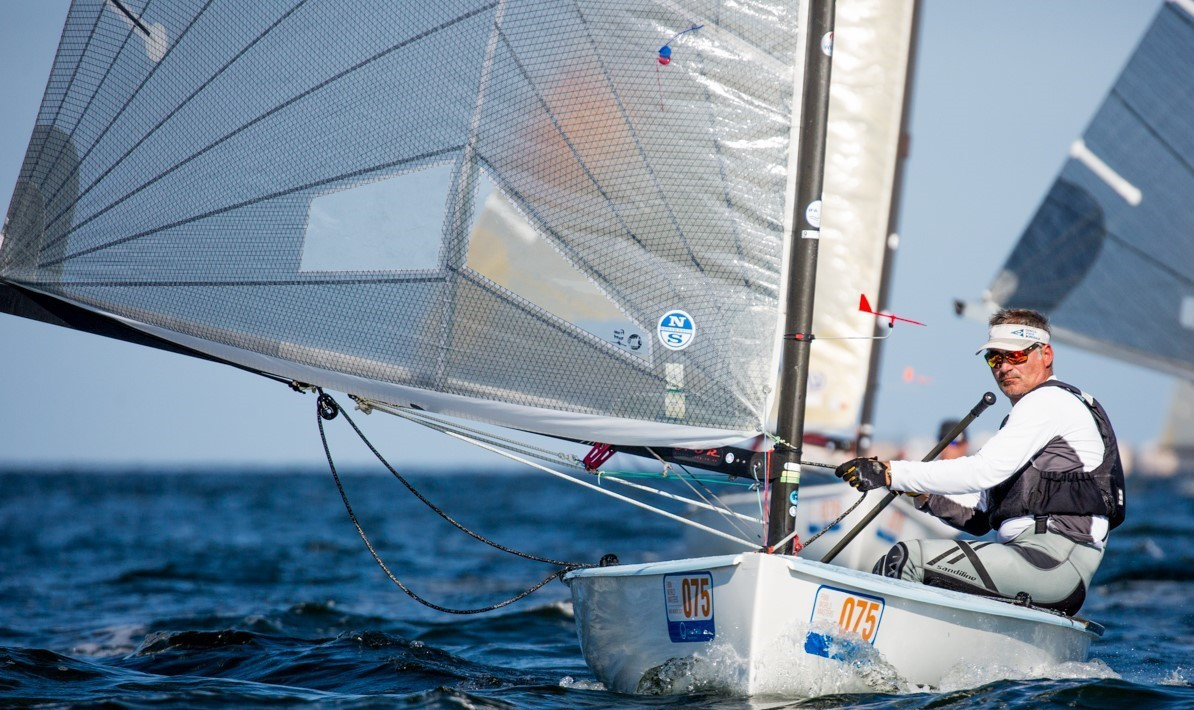 Australia's Anthony Nossiter led from start to finish in the lone race of the day at the Finn World Masters on Mar Menor in Spain only to find he had received a black flag which handed the win to Frenchman Laurent Hay.

It was Nossiter's second consecutive black flag, as Hungary's Akos Lukats and Mats Johnsson of Sweden rounded out the podium.

Hay's compatriot Valerian Lebrun remains atop the standings despite coming fifth in today's race as the discard now comes into play, meaning sailors can drop the worst performance from their net score.

The wind was non-existent for most of the morning, leading to a one-hour postponement, until a light breeze stabilised.

Finn Class Hall of Famer Richard Hart of Britain remains the best over-80 athlete, despite falling to 78th place.

Hart's countryman John Greenwood is the only former champion in the fleet and occupies 13th position in the standings with 59 points.

Racing continues tomorrow with two more races on the penultimate day of the competition.

The 2020 edition was due to be held in The Netherlands but was cancelled due to COVID-19, while a 2021 edition in May was also postponed for the same reason.