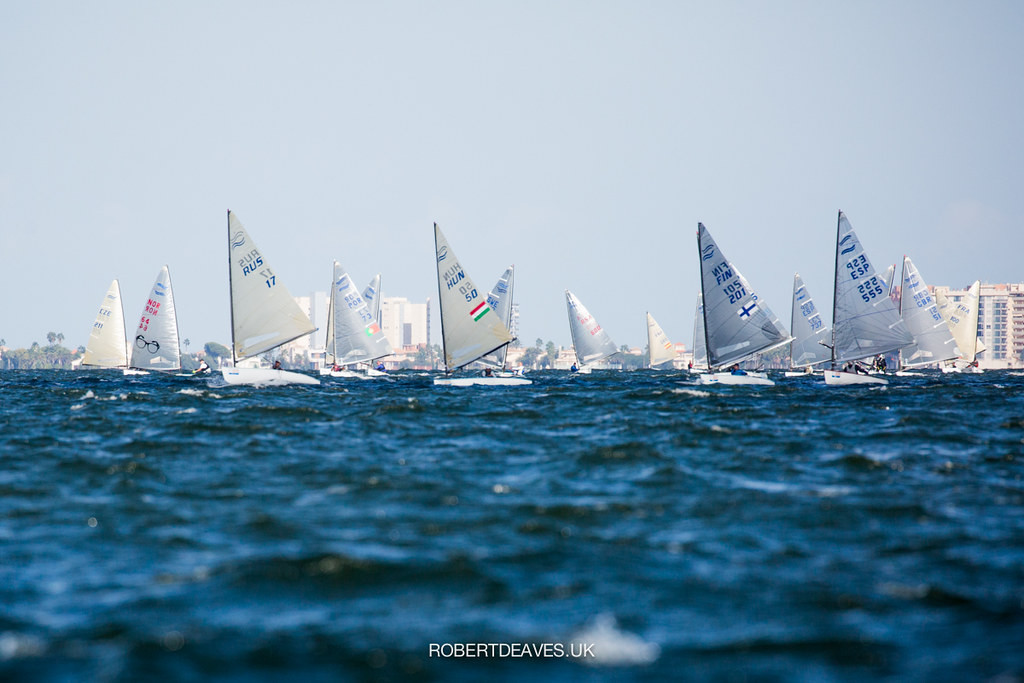 Valerian Lebrun of France has taken the early lead at the Finn World Masters after winning both races on the opening day of the 50th edition, which is taking place at Los Alcazares in Murcia, Spain.

Lebrun’s two race wins means he tops the early standings on two points, while Portugal’s Filipe Silva sits in second place on five points, after second and third place finishes on day one.

Three-time Olympian Anthony Nossiter of Australia is in third place on seven points, after fourth and third placed finishes today.

More than 100 sailors from 27 countries are taking part in the event - the first Finn World Masters competition for almost two and a half years.

The 2020 edition was due to be held in The Netherlands but was cancelled due to the pandemic, with the 2021 edition, set for Medemblik in May earlier in the year, postponed for the same reason.

Britain’s John Greenwood is the only former champion in the fleet, but sits 29th after the opening day.

Fellow Australian Paul McKenzie, who competed at the Atlanta 1996 Olympics, is in 54th place after the first day.

Eight races are scheduled to take place across five days, with yesterday’s practice race, taking place amid calm conditions, won by Germany’s Andreas Gillwald, who is currently in 79th.