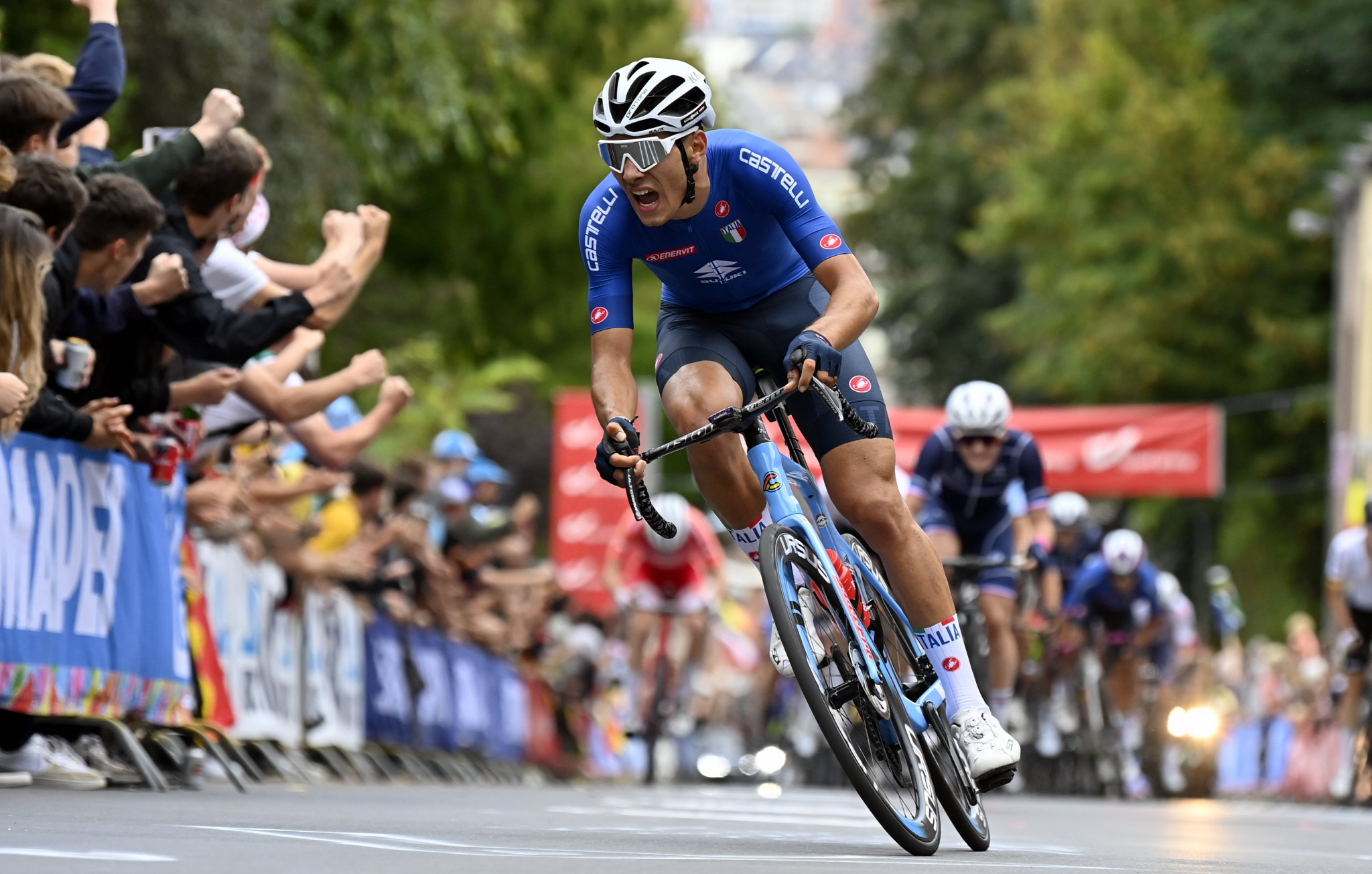 Per Strand Hagenes won the junior men's title at the International Cycling Union (UCI) Road World Championships in the Flanders region of Belgium, while Italy's Filippo Baroncini became men's under-23 world champion in a race that saw Eritrea earn its first medal at this event.

In doing so, he became the first Norwegian to become junior men's road world champion.

Romain Grégoire of France came through in second, 19 seconds behind the winner, while Estonia's Madis Mihkels rounded off the podium.

Mihkels was at the front of a group of 28 riders, who came through 24 seconds behind Hagenes.

Just look at what it means to the Eritrean fans 🎉

"All the day was really stressful for me," admitted Baroncini.

"It's a victory that I have dreamed of all my life, and today all was perfect for me and my team.

"My attack was planned before the race and all went well."

Dutch rider Olav Kooij secured third in 3:37:38, pipping a cluster of riders to the last medal position at the finishing line.

The penultimate day of racing in Flanders tomorrow features the women's junior and elite road race, before the competition draws to a close on Sunday (September 26) with the men's elite road race.