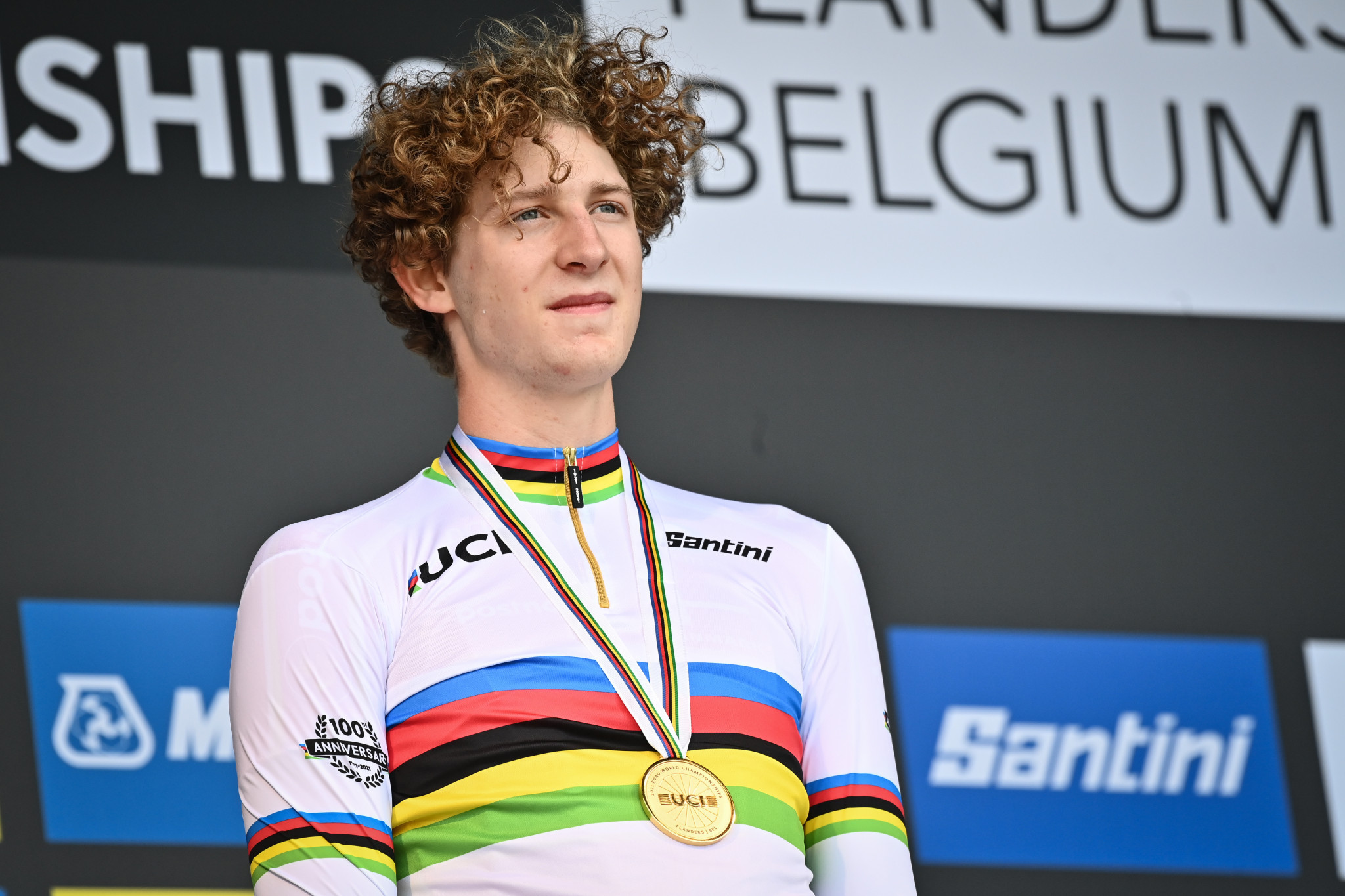 Gustav Wang gave Denmark its second gold medal so far of the International Cycling Union (UCI) Road World Championships, with a victory in the junior men's time trial in the Belgian city Bruges.

Over the 22.3 kilometres to the city from Knokke-Heist, Wang pulled out 20 seconds to his closest challenger to cross the line in 25min 37sec.

Both Wang and Tarling were down the ramp early in the field of 79.

Carl-Frederik Bevort was just a second removed from European champion Segaert, preventing a second Danish rider from making the podium.

Eddy le Huitouze of France was 33 seconds adrift of Wang in fifth.

Wang is the second rider from Denmark to win the junior men's time trial after Mads Würtz Schmidt's win in Copenhagen a decade ago.

"I think they just know a lot about being aerodynamic," said Wang, joking about Denmark's strong record in the discipline.

"I dreamt about this since I won nationals the first time in 2019 as a junior.

"The junior worlds was cancelled last year, so it feels really good to prove that I'm the best in the world."

Pushing it to the limit to claim those rainbow stripes 🥇#Flanders2021 pic.twitter.com/BJHff8bvbC

Russian Alena Ivanchenko won the junior women's time trial in a time of 25:05, over the 19.3km distance, stopping Britain in that race too.

"I felt good because the course was a flat one.

"I prefer that to the mountains.

"The atmosphere was good and it really helped."

The top three were far ahead of the rest of the field, with Dutch rider Anna van der Meiden being 1:26 behind Ivanchenko and a second ahead of fifth placed Madelaine Leech of Britain.