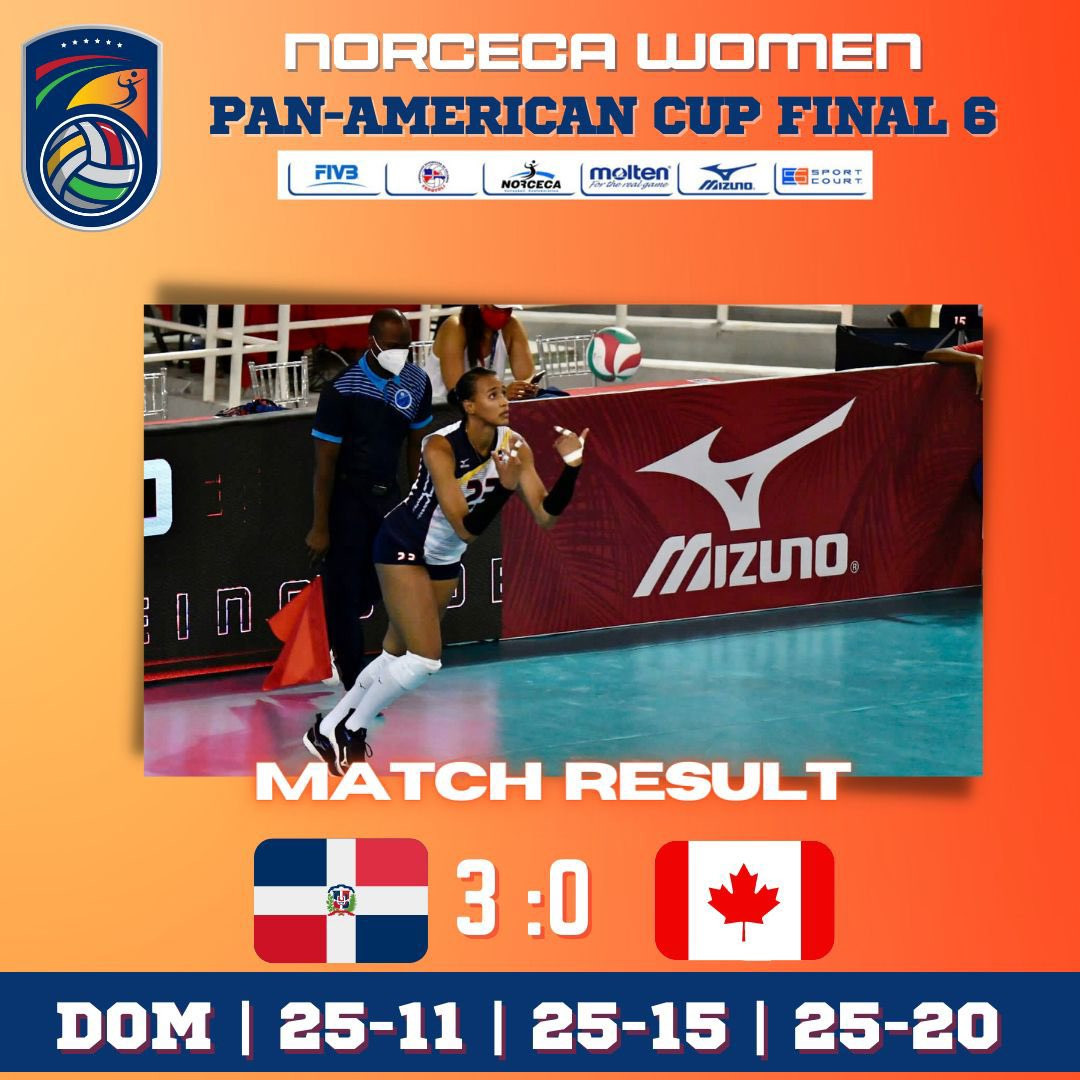 The United States and the home favourites Dominican Republic have won four matches from four to remain undefeated at the Women's Volleyball Pan American Cup, as the two sides get ready to face each other tomorrow to decide the top qualifier from the preliminary round in Santo Domingo.

Hillary Howe scored 10 for the Canadians, but they were soundly beaten by the favourites.

"After the first two sets we lowered the intensity of the serve a bit and Canada saw themselves serving strong.

"I think that was also positive for us to face that difficulty to focus more on the game.

"Nobody is going to give us anything."

Alison Bastianelli scored 11 and Lindsay Stalzer claimed nine points to help the US to a convincing win.

Cuba are to play Puerto Rico in their final group game, with both sides yet to win a match.

Karina Flores, Grecia Castro and Maria Rodriguez scored 50 points between them, with Flores contributing 18 herself.