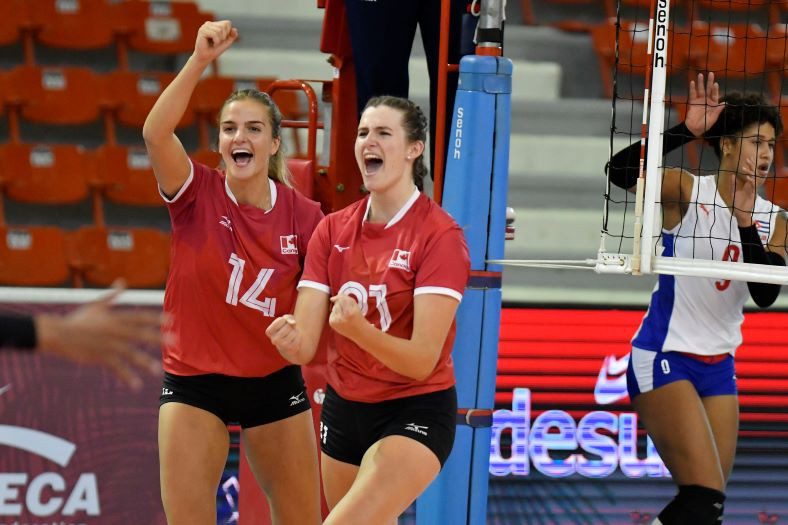 Canada, the United States and the Dominican Republic all followed up opening-day victories at the Women's Volleyball Pan American Cup with another win, moving to 2-0 in the preliminary phase of the competition.

Canada coach Shannon Winzer said: "Today we were more aggressive than yesterday and were a lot better with our serves.

"I think that better things are ahead for us in the tournament."

"Even though we didn’t have much time of training, just a few days, I think we will be improving day after day."

"We had a quite solid game," Dominican Republic coach Marcos Kwiek said.

"Our serve and reception worked well.

"We played at a very good level and had Mexico in difficulties after the first set.

"That was very positive to claim the victory."

Competition continues tomorrow, with all six teams again in action, highlighted by an enticing contest between Canada and the US.