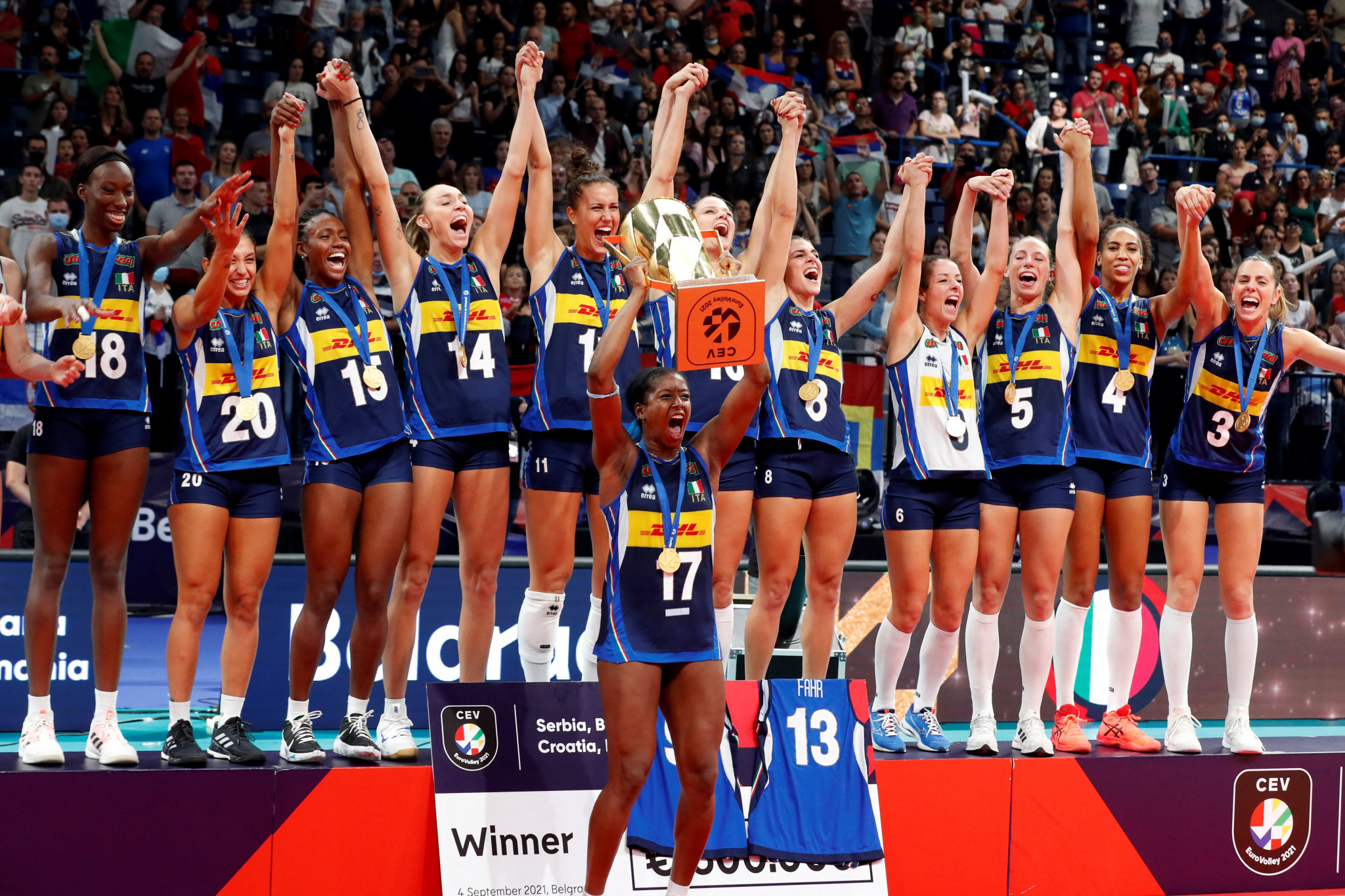 Italy stunned hosts Serbia in the final of the Women’s EuroVolley as they came from behind to clinch the title at the Štark Arena in Belgrade.

Serbia had won the last two editions of the tournament, and beat Italy in straight sets in the quarter-finals at the Tokyo 2020 Olympic Games.

The defending champions also took the first set 26-24, but the Italians delivered a sensational performance in the rest of the final to clinch their third Women’s EuroVolley title and their first since 2009.

Paola Egonu of Italy top scored in the final with 29 points, and was later named the most valuable player of the competition.

The EuroVolley Dream Team will be voted on by fans in the near future.

Italian setter Ofelia Malinov expressed her delight at getting the better of a Serbian side that has dominated women’s European volleyball in recent years.

"I am very happy, because it was finally time for revenge," she said.

"Serbia are a very strong team and in the last five years we were not able to win against them.

"But today, here in Belgrade, here at this European Championship, we did it and it’s even more beautiful.

"I am very happy that my coach gave me an opportunity to come in.

"We are one team and everyone is always ready for sacrifice.

"It was a very long summer and this was a perfect, a wonderful ending."

Both Italy and Serbia have booked their places at the 2022 International Volleyball Federation (FIVB) World Championship, along with The Netherlands and Poland.

Turkey secured bronze by beating the Dutch in straight sets in Belgrade, as they did in the sides’ Pool D meeting at the BT Arena in the Romanian city of Cluj-Napoca.