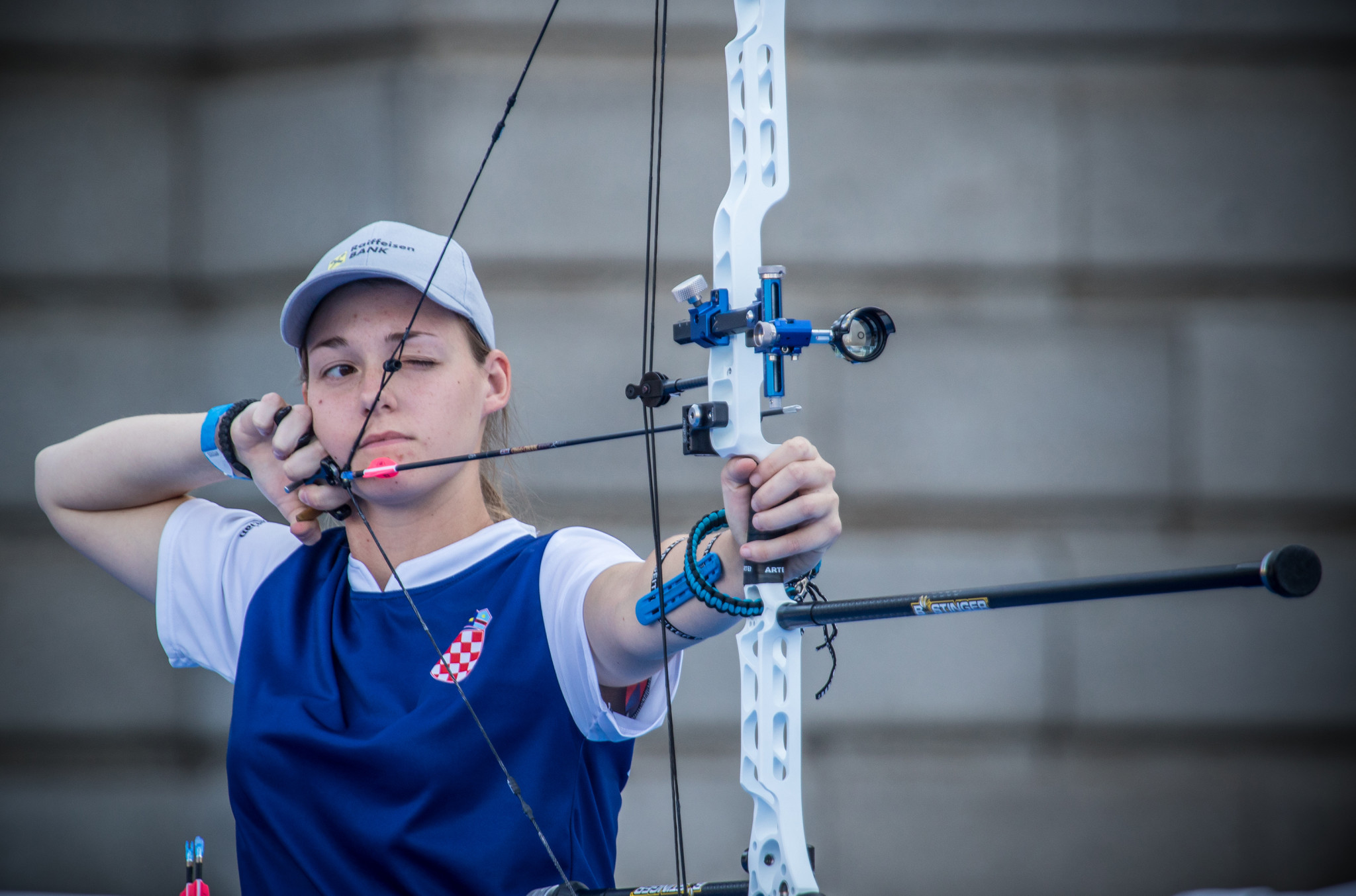 Buden is expected to provide the greatest threat to world number one Mike Schloesser of The Netherlands in the men’s event.

The duo unsurprisingly finished as the top two in qualification, with Buden gaining an early edge.

The Croatian archer scored 843, with Schloesser finishing one point behind.

Austria’s Nino Wiener was third on 835.

Mlinaric comfortably topped the standings in the women’s competition, with the two-time World Archery Youth Championships gold medallist achieving a total of 820.

Italy’s Sara Ret and Irene Franchini were adrift on 800 and 795, respectively.

The men’s recurve competition saw an Italian top two in qualification, with Massimiliano Mandia and Marco Morello achieving scores of 738 and 736.

Slovenia’s Ana Umer led the way in the women’s recurve event after achieving a score of 722.

She was followed by Chiara Rebagliati on 701, with fellow Italian Laura Baldelli behind on 695.

Cinzia Nozigila dominated qualification in the women’s barebow event by scoring 668, with her tally 38 points higher than second placed Lina Bjorklund of Sweden.

He finished with a score of 723, with Sweden’s Martin Ottosson placing second on 706.

Competition will continue tomorrow with individual matches taking place, as well as qualifiers for the Birmingham 2022 World Games in recurve and barebow archery.