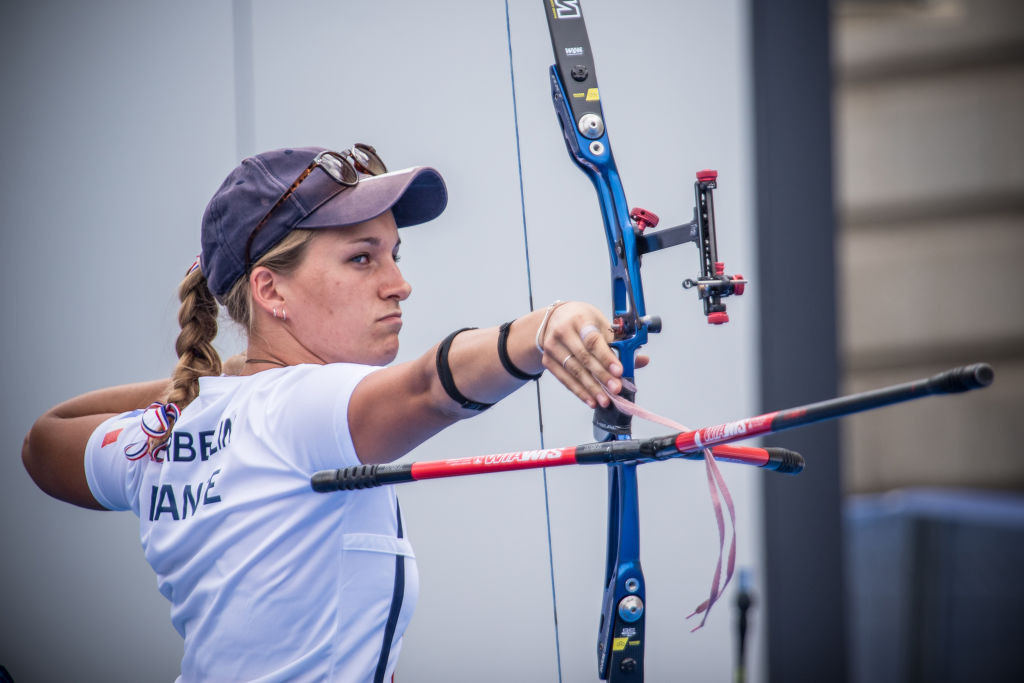 Barbelin eased to a 6-0 win in the final to earn the biggest triumph of her career to date.

The 21-year-old, ranked eighth in the world, is the first Frenchwoman to win the continental recurve title since Bérengère Schuh achieved the feat in 2008.

Denise Barankova of Slovakia, beaten by Barbelin in a semi-final shoot-off, ousted Kirstine Andersen of Denmark 6-2 to take bronze.

Dziominskaya had reached the final with a 7-3 victory over Andersen.

The world number 30, bronze medallist at the 2019 European Games in Minsk, topped the podium thanks to a 6-4 win.

Acha outclassed Unruh 6-2 in the semi-finals, while Bazarzhapov defeated Wieser 6-4.

The Netherlands beat Ukraine 5-3 in the men's team final, while Russia took bronze after defeating Spain 5-4.

Russia's men enjoyed greater success than their women as they claimed gold with a 5-3 victory over Russia.

The bronze medals in the event went to Denmark, who edged out Ukraine 5-4.

There was further glory for Russia in the mixed team event as their squad hammered Spain 6-0 in a one-sided final.

Poland beat Turkey by the same scoreline to seal bronze.