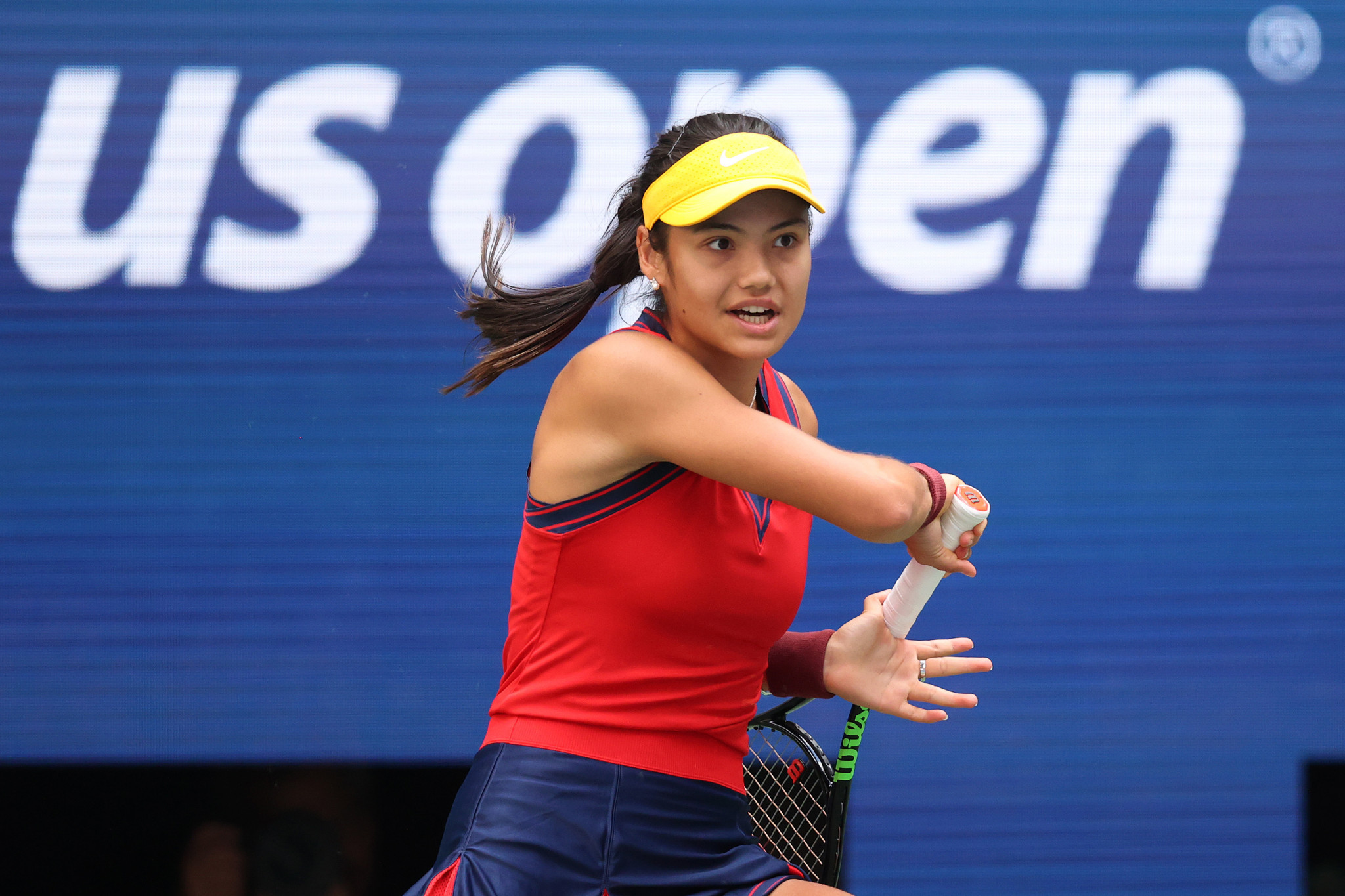 Qualifier Emma Raducanu produced a dominant display to advance to her first Grand Slam quarter-final by beating home favourite Shelby Rogers at the US Open in New York.

Raducanu had become the first woman since Jennifer Capriati in 1990 to reach the fourth round in their first two Grand Slam appearances, having reached the second week of Wimbledon earlier this year.

Her fourth-round tie at Wimbledon came to a premature end after she retired mid-match.

The 18-year-old Briton made an uncertain start against Rogers at the Arthur Ashe Stadium, with the American winning the opening two games of the contest.

Rogers was hoping to build on her third-round triumph over world number one Ashleigh Barty, but was stunned by a Raducanu resurgence.

Raducanu won 11 consecutive games in a dominant spell, with the run seeing her claim the opening set and establish a 5-0 lead in the second.

Late resistance was provided by Rogers, but Raducanu served out a 6-2, 6-1 victory to ease into the quarter-finals.

Raducanu will face Tokyo 2020 Olympic champion Belinda Bencic of Switzerland in the last eight, with both players yet to drop a set at the tournament.

Bencic won a marathon first set tie-break 14-12 against Poland’s Iga Świątek, who was the only player on the Women’s Tennis Association tour to reach the fourth round at all four Grand Slams this year.

Canada’s Bianca Andreescu suffered at the hands of Greece's Maria Sakkari as the 17th seed pulled off a 6-7, 7-6, 6-3 upset.

Novak Djokovic remains the focus in the men’s singles with his attempt for the calendar Grand Slam continuing against American wildcard entry Jenson Brooksby.

The Serbian star is looking to become the first man for more than 50 years to win all four of the men’s tennis majors in the same year, with no one since able to match Australian Rod Laver’s achievement from 1969.

He will face Italy’s Matteo Berrettini, after the sixth seed overcame German qualifier Oscar Otte 6-4, 3-6, 6-3, 6-2, to reach the quarter-finals.

Germany’s Alexander Zverev, who beat Djokovic on route to winning singles gold at Tokyo 2020, eased into the quarter-finals.

The fourth seed, who finished as the runner-up last year, will face South Africa's Lloyd Harris in the quarter-finals.