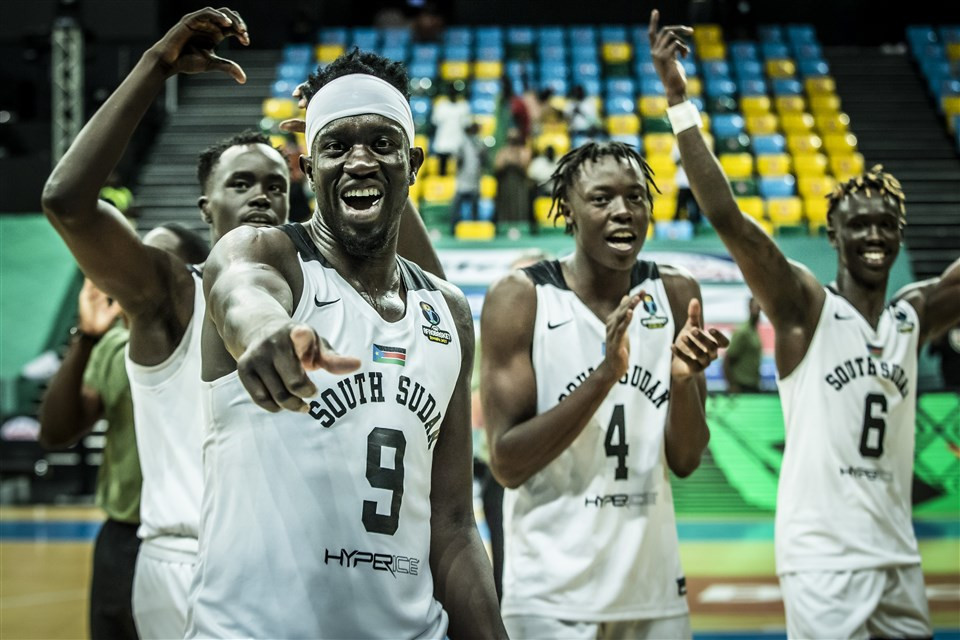 South Sudan and Uganda completed the line-up for the quarter-finals of the 2021 AfroBasket tournament in Rwanda after winning the remaining knockout round matches.

South Sudan, who won their first ever AfroBasket match earlier in the tournament when they defeated Uganda, had to withstand a fightback from Kenya today to book their place in the last eight.

South Sudan outscored their opponents 20-11 and 19-13 in the first two quarters, giving them a healthy 15 point advantage at the interval.

Kenya roared back in the second half of the contest, taking the next two quarters 17-12 and 17-9, but despite the fightback South Sudan held on to claim a 60-58 victory.

We have a derby here! The most anticipated game of the day! Who you got?

The day’s other match saw Uganda defeat Nigeria, as they turned a strong first quarter into a win.

Uganda won the opening quarter 24-12, and won by the second by a point, as they established a lead at the half-time break of 44-31.

Uganda won the third quarter by five points, and although Nigeria won the final quarter by six points, they slipped to an 80-68 loss.

South Sudan will take on Group B winners Tunisia, while Uganda will face Group A victors Cape Verde in the two quarter-finals scheduled for Thursday (September 2).

In tomorrow’s quarter-finals Senegal are due to face Angola while Ivory Coast are set to take on Guinea.