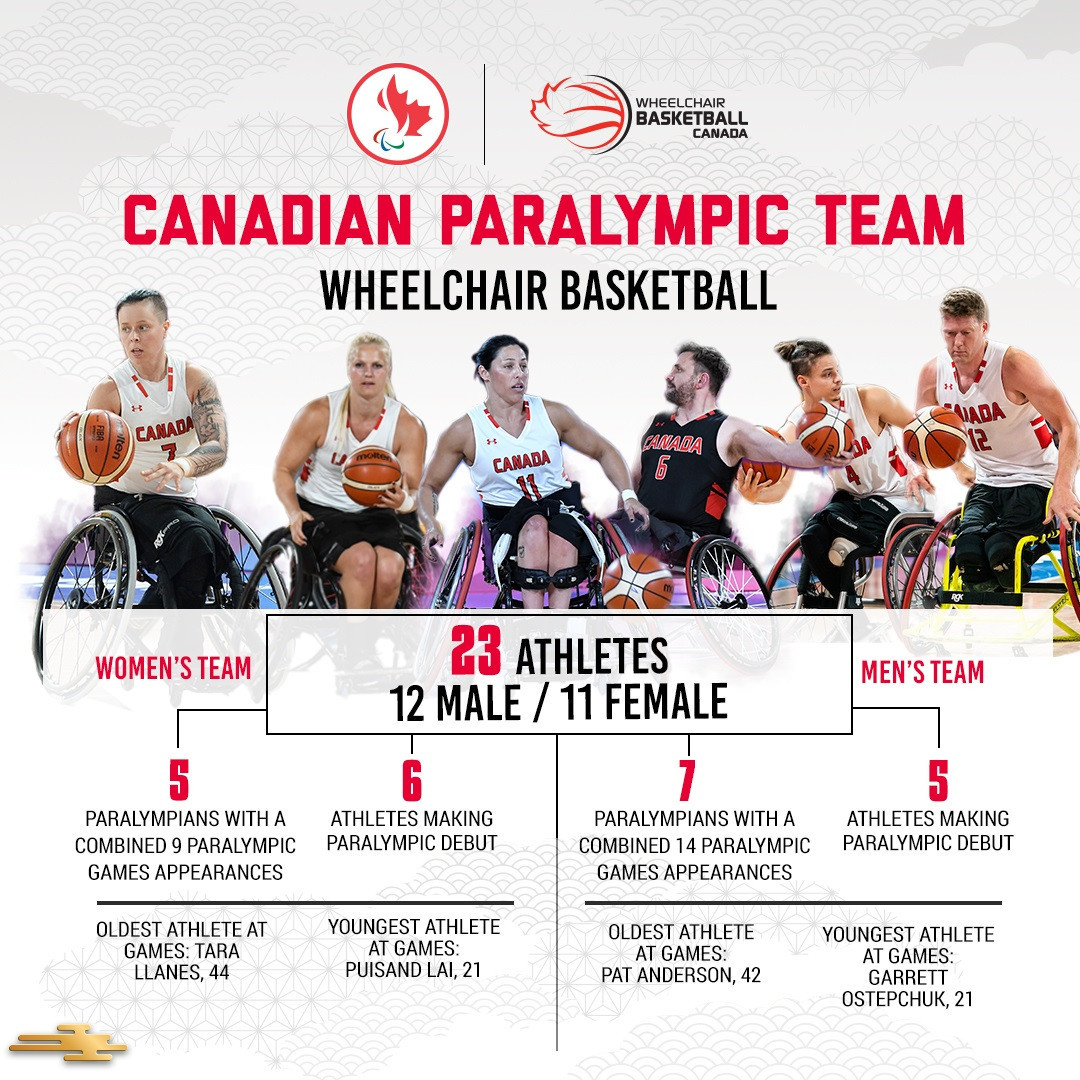 Canada has selected its wheelchair basketball teams for the Tokyo 2020 Paralympics.

A total of 10 athletes are returning from the side that captured gold in the Peruvian capital with victory over the United States.

That triumph secured Canada’s ticket to the Games and the team are now looking to clinch a place on the podium in Tokyo.

Marc Antoine Ducharme, head coach of the Canadian women’s team, said: "With 10 returning players from the team that won gold in Lima 2019, we are confident in the group heading to Tokyo for the Paralympics.

"Additionally, the five athletes with Paralympic experience from Rio gives us a good balance of veterans and young talent.

"I am proud of all our athletes, coaches, and support staff who have worked hard through challenging circumstances to be prepared for these Games."

Canada finished fifth at both the 2018 World Championships and the Rio 2016 Paralympics.

Ouellet is the veteran of the team, heading to her fourth Paralympic Games in the sport.

The men’s team will be led by multiple Paralympic Games medallists Patrick Anderson and Bo Hedges, who will make their fifth and fourth Paralympic appearances respectively.

Anderson is returning to Paralympic competition for the first time since London 2012 after taking time off from the sport.

The team qualified for Tokyo 2020 with a silver medal at the Lima 2019 Parapan American Games.

"We have put together an excellent group with a good balance of veterans and emerging talent," said Matteo Feriani, head coach of the Canadian men’s team.

"We are confident in our ability to compete against the best in the world as we look to return to the Paralympic podium in Tokyo.

"Our players, coaches and support staff have put in a tremendous amount of time and effort to get prepared for these Games and I look forward to seeing the hard work pay off."

The wheelchair basketball tournament in Tokyo is due to run from August 25 to September 5.