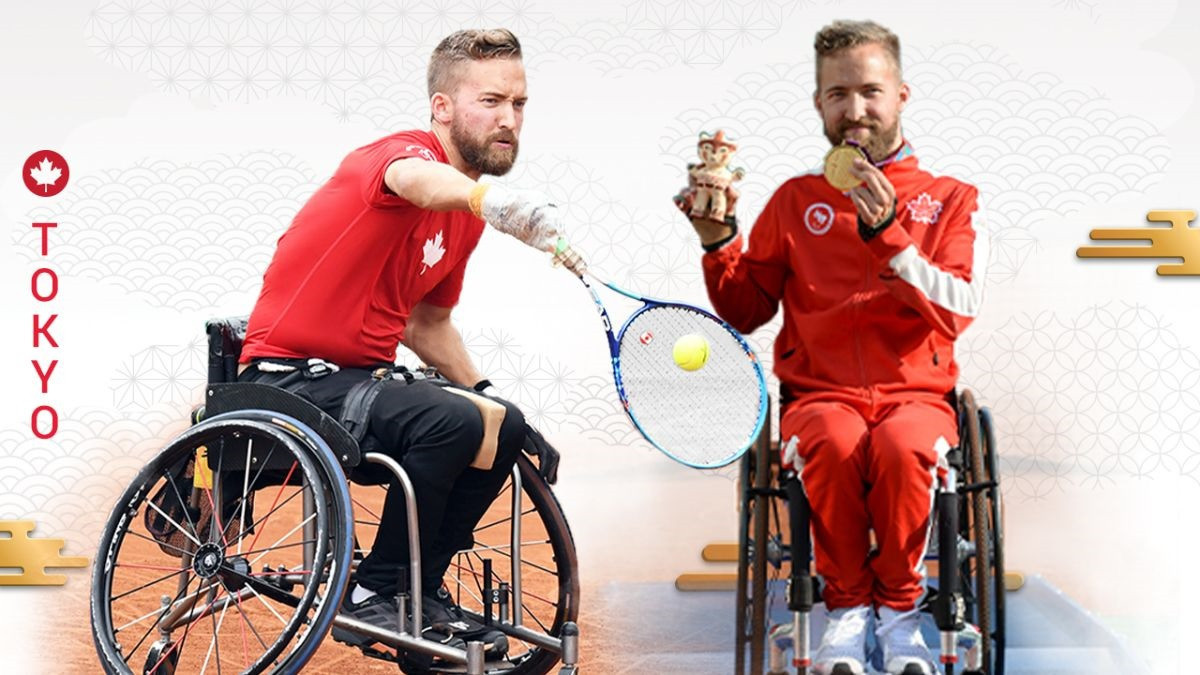 Wheelchair tennis player Rob Shaw and judoka Priscilla Gagné are the latest athletes to be added to Canada’s squad for next month’s Paralympics here.

Shaw, a gold medallist at the 2019 Parapan American Games in Lima, will be making his Paralympic debut in the Japanese capital having qualified through his world ranking of ninth.

It will also mark the 31-year-old’s return to competition for the first time since late 2019.

Shaw captured eight singles titles on the International Tennis Federation wheelchair tennis tour that year and became the first Canadian tennis player, stand-up or wheelchair, to win a medal in singles at a multi-sport Games when he triumphed in Lima.

"These are the types of moments you dream of as an athlete - representing your country on the largest stage possible," he said.

"I can't wait to test my skills against the best in the world and put all of this training into my performance."

Canada has not yet won a Paralympic medal in wheelchair tennis, with its best showing a fourth-place finish in quad doubles by Sarah Hunter and Brian McPhate at Athens 2004.

"Rob is an outstanding athlete who has achieved the highest level within the sport despite a very challenging year due to the COVID-19 pandemic," said Janet Petras, director of high-performance programs and administration for Tennis Canada.

"We will be cheering him on from Canada."

Gagné will be participating in her second Paralympics after making her debut at Rio 2016, where she placed fifth.

The 35-year-old, who claimed gold medals at the 2018 and 2020 Pan American Para Judo Championships, is ranked world number two in the 52-kilogram category and will hope to get on the podium at Tokyo 2020.

"It’s been a challenging year with the pandemic exposing certain inequalities, but the strength of unity among our Paralympic community and the encouragement of my coach Andrzej [Sadej], has proven to be enough to persevere and overcome yet another challenge," said Gagné.

"Dreams are born, but we have to do the growing, and sometimes it hurts.

"But it is always worth it in the end."

Congratulations to @Robert_B_Shaw who will be representing Canada in wheelchair tennis at the Paralympic Games in Tokyo! ??? https://t.co/XO5QoMyRX0 @TennisCanada pic.twitter.com/uJyxGhd88i

Canada has won four Paralympic bronze medals in the sport - three courtesy of Pier Morten at Seoul 1988, Barcelona 1992 and Sydney 2000, and another from his brother Eddie, also in Seoul 33 years ago.

"Priscilla is a fighter, both on the judo mat and in daily life outside of sport," said Andrzej Sadej, Para head coach for Judo Canada.

"For me it is a privilege and an enriching experience to be part of her Paralympic journey."

Earlier this month, Canada announced that it will be sending its largest team of wheelchair fencers to the Paralympics after naming a four-strong squad.

Mainville, who holds Canada’s highest world ranking in wheelchair fencing of 12th in the men’s B sabre, will be competing in his fourth consecutive Paralympics.

"t will be a very different experience from my previous Games, and I’m disappointed my family cannot be with me this time in Tokyo," said Mainville.

"But I so appreciate their support as well as my coaches, physical trainers, osteopath, and medical team."

Morel was the first Canadian to compete in wheelchair fencing at the Games back at Sydney 2000.

She also competed at London 2012 and will be making her third Paralympic Games appearance in Tokyo.

"I consider myself extremely lucky to have made the Tokyo Paralympics," said Morel.

⭐TEAM ANNOUNCEMENT⭐ #TeamCanada keeps growing in numbers, get to know the athletes who will be representing Canada in wheelchair fencing ?? [ Link] https://t.co/f9H5Qfjomu pic.twitter.com/l6ytSZim0g

The Canadian Paralympic Committee has also recently named a nine-member cycling team for the Games.

"Our Paralympic nominees, comprised of both rookies and veterans, will support each other in order to perform at these Games," said Sébastien Travers, Para cycling head coach for Canada.

"Although some of our selected athletes have not raced internationally in the last 18 months, they have maintained a high level of training and we are confident in their progress.

"We will be going to Tokyo with the goal of achieving medal performances, both at the Izu Velodrome and the Fuji Speedway."