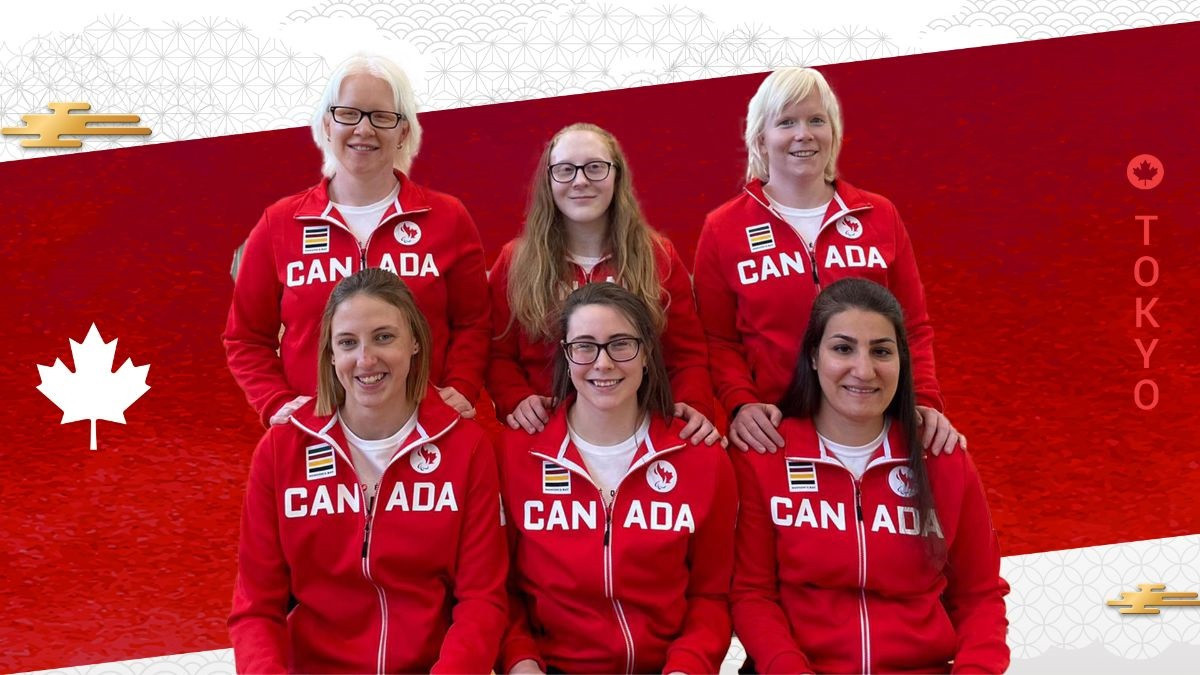 Half of the six-strong Canadian women’s goalball team will make their Paralympic debuts at Tokyo 2020, it has been announced.

The team, confirmed by the Canadian Paralympic Committee and Canadian Blind Sports Association, features a mixture of youth and experience as the nation eyes a fifth goalball medal.

Amy Burk will captain the team at her fourth Paralympics, while Whitney Bogart and Meghan Mahon will make their third and second appearances respectively.

There will also be first Paralympic outings for Brieann Baldock, Emma Reinke and Maryam Salehizadeh.

"I am extremely excited and honoured to be named to the team to represent Canada at the Paralympics in Tokyo," said Baldock.

"It’s been my dream to make it to the Paralympics and I’m thankful to have gotten there with this amazing team, support staff and coach behind me."

The Canadian women captured a bronze medal at the 2019 Parapan Am Games in Lima.

They finished fourth at the last World Championships, held in 2018, and came sixth at Rio 2016.

"I am honoured to lead the Canadian women's goalball team as team captain at the upcoming Tokyo Paralympics," said Burk.

"Getting to wear the maple leaf and represent your country at the highest level on the international stage is one of the greatest feelings you can ever experience – whether it’s your first Paralympics, or your fourth, that feeling never gets old.

"It has been a very challenging year during the pandemic, and it is with great pride and joy I get to share this adventure with not only my teammates, but with my family and the rest of the country."

Canada is a four-time Paralympic medallist in goalball, with the women’s team earning back-to-back gold medals at Sydney 2000 and Athens 2004, as well as a silver at Los Angeles 1984.

The men’s squad secured a silver medal at Atlanta 1996 but failed to qualify for Tokyo 2020.

The women’s team are due to open their Paralympic campaign against RPC on August 25 before facing Israel, China and Australia.

The other group consists of Turkey, Brazil, Egypt, the United States and Japan with the tournament scheduled to run until September 3.

"This will be my second Paralympics as a coach," said head coach Trent Farebrother.

"I learned a lot from Rio 2016 and hope to build on that experience.

"The women's goalball program has gone through considerable change on and off the court and I am very confident that this will translate into a successful Tokyo 2020 outcome.

"Everyone has worked very hard during these difficult and challenging times and are excited to resume goalball competitions."