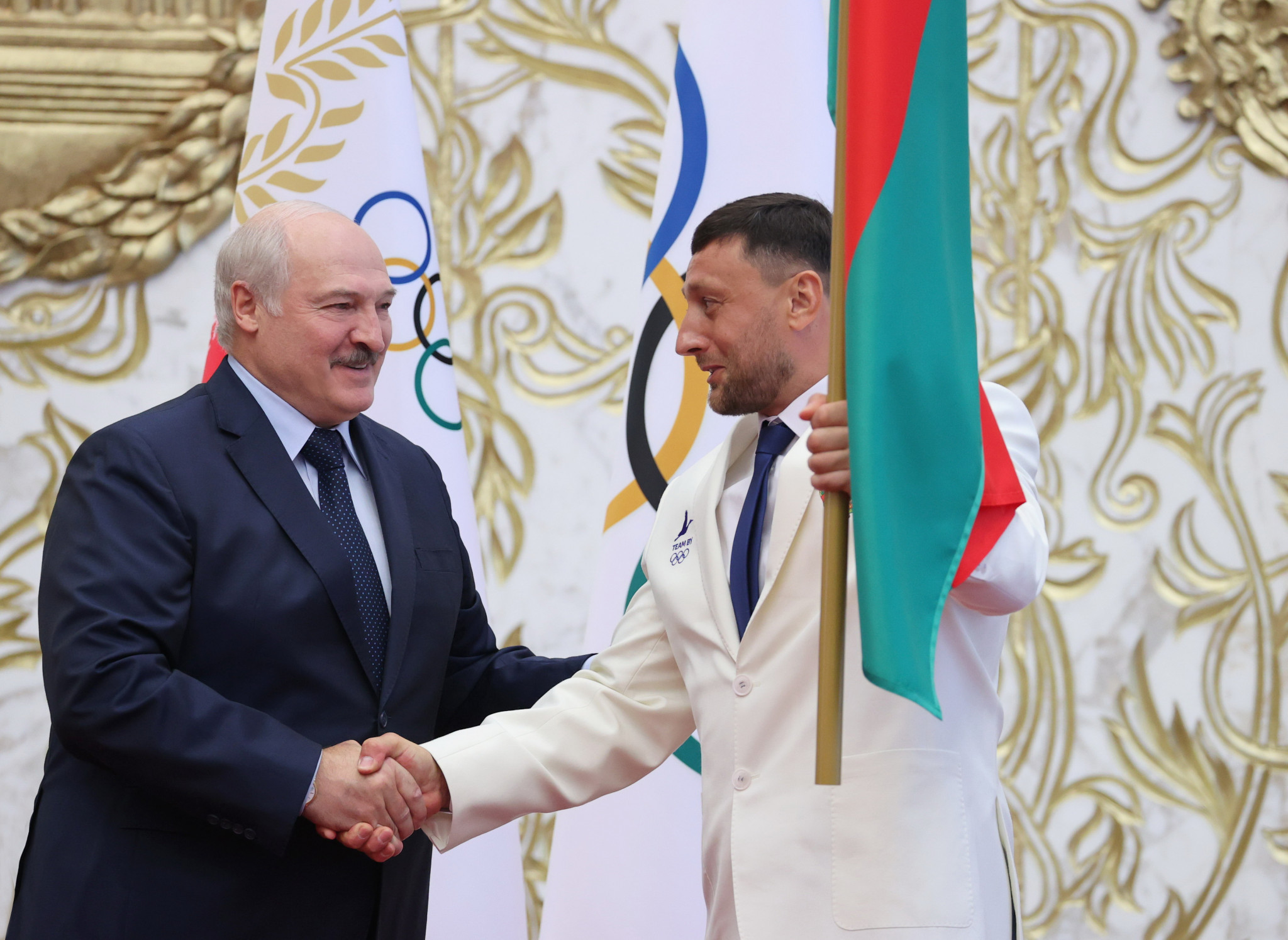 Belarus has appointed convicted drugs cheat Ivan Tsikhan as its team captain for the delayed Olympic Games here, where the country's controversial President Aleksandr Lukashenko warned its athletes would be the target of political pressure.

The 44-year-old hammer thrower has been appointed to the honorary role following a vote by the National Olympic Committee of the Republic of Belarus (NOCRB) Athletes’ Commission.

Tsikhan was stripped of the Olympic silver medal he had won at Athens 2004 after a re-test of his sample in 2012 from those Games showed traces of banned anabolic steroids.

Despite this, Tsikhan read out on oath on behalf of Belarus’ athletes in front of Lukashenko where he said: "I promise that during the Olympic Games in Tokyo we will compete fairly and without doping."

There had been doubts that Belarus would even be able to compete under their own flag at Tokyo 2020 following allegations that the NOCRB had politically discriminated against athletes for taking part in protests aimed at Lukashenko following his controversial re-election last August, which has sparked widespread protests in the country.

Lukashenko and his son Viktor, who succeeded him as NOCRB President in February, are both banned by the International Olympic Committee (IOC) from attending Tokyo 2020 as a result, although the threat of Belarus being suspended appears to have receded.

Aleksandr Lukashenko took the opportunity at a farewell before the team left for Japan to attack the IOC and other International Federations who have stripped Belarus of hosting rights for major events.

"I want to tell you that your sporting achievements are not only a personal triumph," he said.

"Today they are akin to other kinds of victories, up to political ones.

"However, sport became a bargaining chip in politics a long time ago, unfortunately.

"Your successes should become a response to those people who first took everything they could from the country, and now wish it and you defeat.

"A response to those states that are strangling or trying to strangle us with sanctions.

"Of course, you understand it.

"But this burden is no heavier than the challenges you have already overcome.

"I know in detail what you have had to go through.

"But you stood your ground.

"The main and decisive step remains.

"You have faced it all.

"You took these attacks like true athletes, showing patience, will and courage.

"You still need these qualities now in order to defend the honour of our Belarus in sporting arenas in Tokyo.

"You know that your rivals will be incredibly strong.

"Pressure with political overtones is not excluded either."

Since making its debut in the Summer Olympics at Atlanta in 1996 following the breakup of the Soviet Union, Belarus has won at least one gold at every Games.

Its best performance came at Beijing 2008 when the team won a total of 14 medals, including three gold.

The medallists included Tsikhan, winner of a bronze which he was initially stripped of following a positive test for testosterone, before having it restored following a successful appeal because of an error made by the laboratory in China.

His team mate Vadim Devyatovskiy, winner of the silver in the hammer, also tested positive for testosterone but was allowed to keep the medal because the same error was made by the laboratory.

The Court of Arbitration for Sport took the highly unusual step of warning this did not mean they were cleared of suspicion, insisting the verdict "should not be interpreted as an exoneration".

Tsikhan, who controversially replaced Devyatovskiy as President of the Belarus Athletic Federation last September, promised that the athletes would make proud their country proud.

"We know that during the Olympic Games the entire country, the entire nation will support us and root for us," he said.

"We also understand the responsibility and hopes the country pins on every athlete and coach on the team."