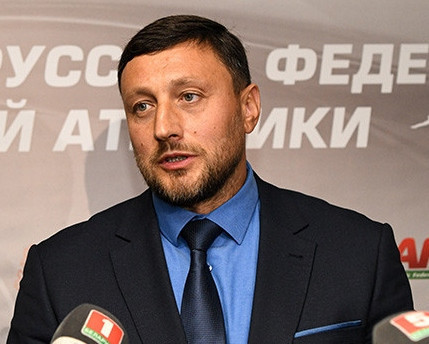 World Athletics has hit out at the election of convicted drugs cheat Ivan Tsikhan as the new President of the Belarus Athletic Federation (BFLA).

The 44-year-old replaced another hammer thrower, Vadim Devyatovskiy, who himself had been suspended from athletics for doping.

Tsikhan was stripped of the Olympic silver medal he had won at Athens 2004 after a re-test of his sample in 2012 from those Games showed traces of banned anabolic steroids.

"Member Federations conduct their elections in line with their own constitutions and their own Congresses as we understand was done in this case," a spokeswoman for World Athletics told insidethegames.

"However, no one who has served a doping ban would be able to hold an official position on World Athletics bodies or structures today."

Tsikhan also nearly lost the Olympic bronze he had won at Beijing 2008 following a positive test for testosterone, which saw him stripped of the medal before having it restored following a successful appeal because of an error made by the laboratory in China that tested the sample.

Devyatovskiy, who had won the silver medal, also tested positive for testosterone but escaped on the same technicality.

The Court of Arbitration for Sport took the highly unusual step of warning this did not mean they were cleared of suspicion, insisting the verdict "should not be interpreted as an exoneration".

Devyatovskiy had previously served a doping ban between 2000 and 2002.

He unexpectedly stepped down as head of the BFLA for "health reasons".

But last month he had posted a message on his Facebook page after the controversial re-election of Alexander Lukashenko as President of Belarus.

In the message, he had written, "Lukashenko is not my President!!!!!" and stated that his previous support for the regime was a "delusion" and "betrayal of myself".

Tsikhan returned to competition in time for Rio 2016, where he won a silver medal.

He plans to compete at next year’s re-arranged Olympic Games in Tokyo, despite being elected to his new role.

Belarus, along with Ethiopia, Kenya and Ukraine, is on a World Athletics watch list of countries most at risk of doping.

In an interview posted on the official BFLA website, there is only an opaque reference to Tsikhan's doping problems.

“in 2012 life also prepared unpredictable turns for me.

“So, I am ready for any decisions, if they do not contradict my views, principles and conscience."