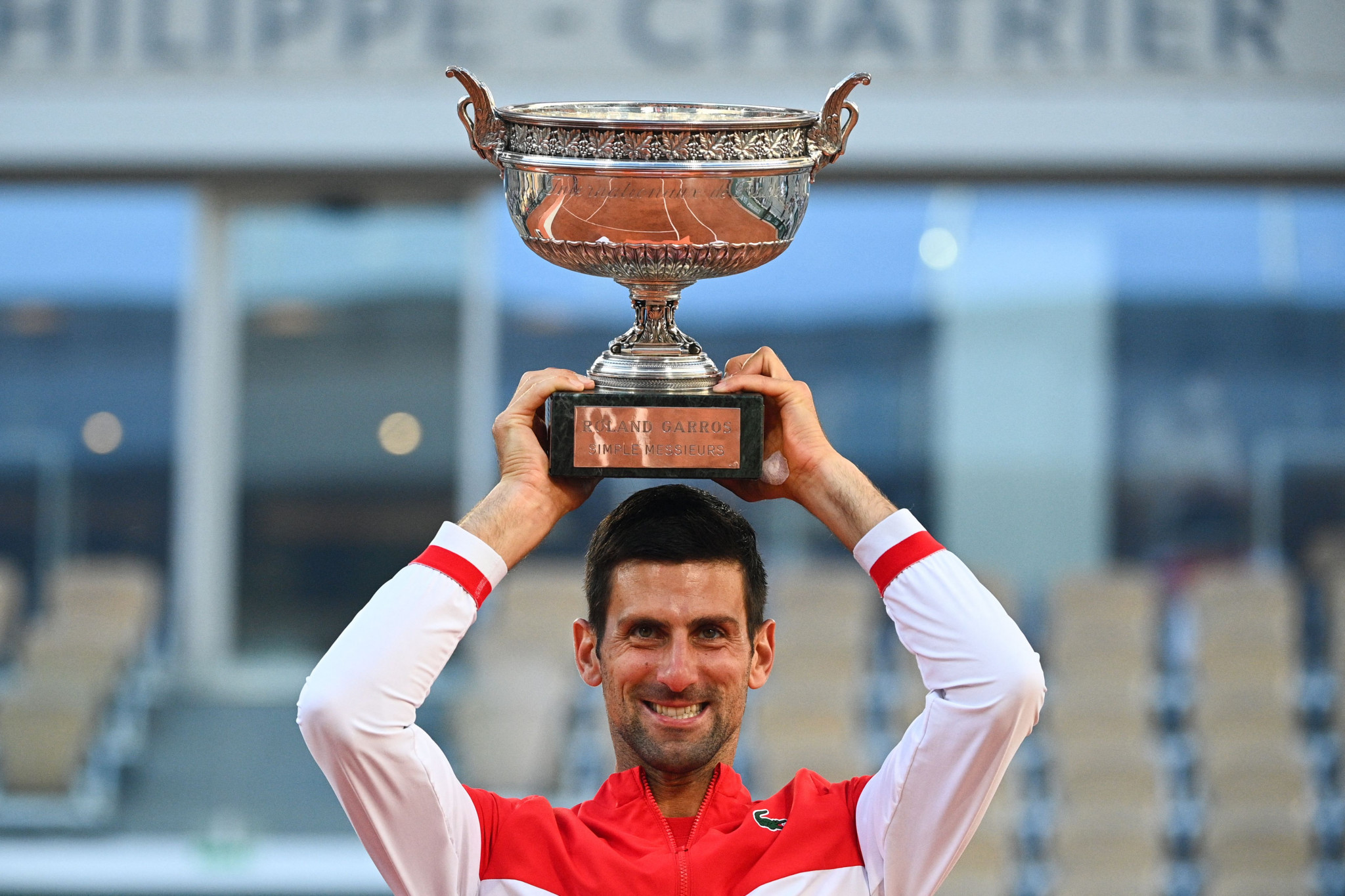 Playing in his first Grand Slam final, Tsitsipas was just a set away from defeating the world number one and becoming the first Greek player to win one of the sport’s four majors.

The victory comes two days after Djokovic beat 13-time champion Rafael Nadal in a Roland Garros classic and means he now stands on 19 Grand Slam titles - just one behind the record men's haul jointly held by the Spaniard and Switzerland's Roger Federer.

"It was an electric atmosphere," said Djokovic who last won the French Open in 2016.

"I want to thank my coach and my physio, everyone who has been with me on this journey.

"I have played almost nine hours over the last 48 hours against two great champions, it was really tough physically over the last three days, but I trusted in my capabilities and knew I could do it."

Tsitsipas went toe-to-toe with Djokovic in an absorbing first set which had several twists and turns.

The Greek star missed the first chance to win the set at 5-4 before Djokovic held his serve and broke to lead 6-5.

Tsitsipas hit back immediately to take the set into a tiebreak and looked inspired as he led 4-0 and 5-2.

Djokovic then won four points in succession to tee up a set point of his own, but Tsitsipas responded once again to win the tiebreak.

All the momentum was with Tsitsipas as he broke Djokovic’s serve twice take a two-set lead.

Djokovic had it all to do but after winning an 11-minute game to move 3-1 in front in set three the Serbian mounted a superb comeback.

It was one-way traffic as Djokovic took the third set 6-3 and dropped just two games to win the fourth.

Tsitsipas won his opening service game in the decider but was broken in his next as Djokovic moved 3-1 ahead.

It proved to be crucial as Djokovic consolidated his lead before securing victory with a simple volley at the net.

"I tried my best," said Tsitsipas.

"I had a good run and am happy with myself, but let's give it to Novak because he has shown us over the past couple of years what a great champion he is.

"I am inspired by the things he has achieved and I hope one day I can maybe do half of what he has done so far."