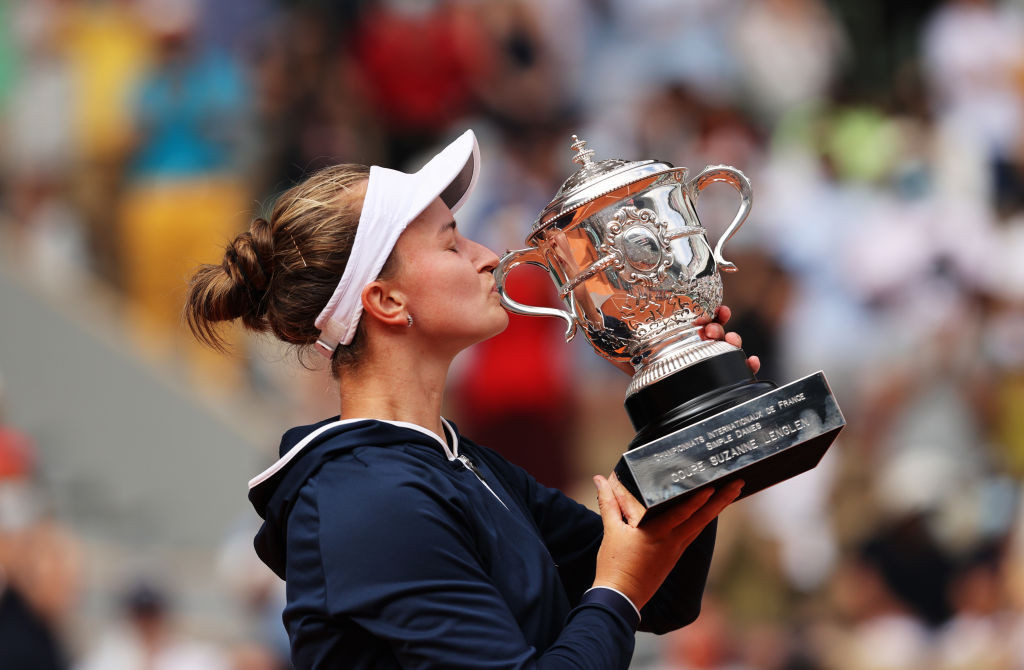 Unseeded Czech Barbora Krejčíková secured her first Grand Slam singles title with a three-set victory over Russian Anastasia Pavlyuchenkova in the final of the French Open.

In a battle of two players who were contesting a Grand Slam singles final for the first time, Krejčíková prevailed 6-1, 2-6, 6-4 to claim the biggest victory of her career.

Krejčíková, who was not even inside the top 100 12 months ago, will have the chance to seal another title at Roland Garros when she plays in the doubles final tomorrow.

The world number 33 and compatriot Katerina Siniakova will aim for a third Grand Slam doubles crown when they play Bethanie Mattek-Sands and Iga Swiatek.

Krejčíková could become the first woman to win the singles and doubles titles on the red clay in Paris since France's Mary Pierce in 2000.

"I'm super happy I was able to enjoy it," said Krejčíková.

"It is hard to put into words because I cannot believe what just happened.

"I cannot believe I actually won a Grand Slam."

Krejčíková, competing in a Grand Slam singles draw for only the fifth time, made a bright start and convincingly wrapped up the first set with the loss of a single game.

Pavlyuchenkova, the 31st seed, was not going to lie down and fought back to level with a battling performance in the second set.

Krejčíková broke in the seventh game of the decider, which proved crucial as she served out victory on her fourth match point.

The Czech looked to the sky to remember her mentor Jana Novotna, who died of cancer in 2017, after Pavlyuchenkova's shot was called out.

"I was going through a really hard time when Jana passed away, I was with her most of the time," said Krejčíková.

"Her last words were pretty much 'just enjoy it and try to win a Grand Slam'.

"It is amazing I had the chance to meet her and she was an inspiration.

"I hope she is really happy and I am extremely happy."