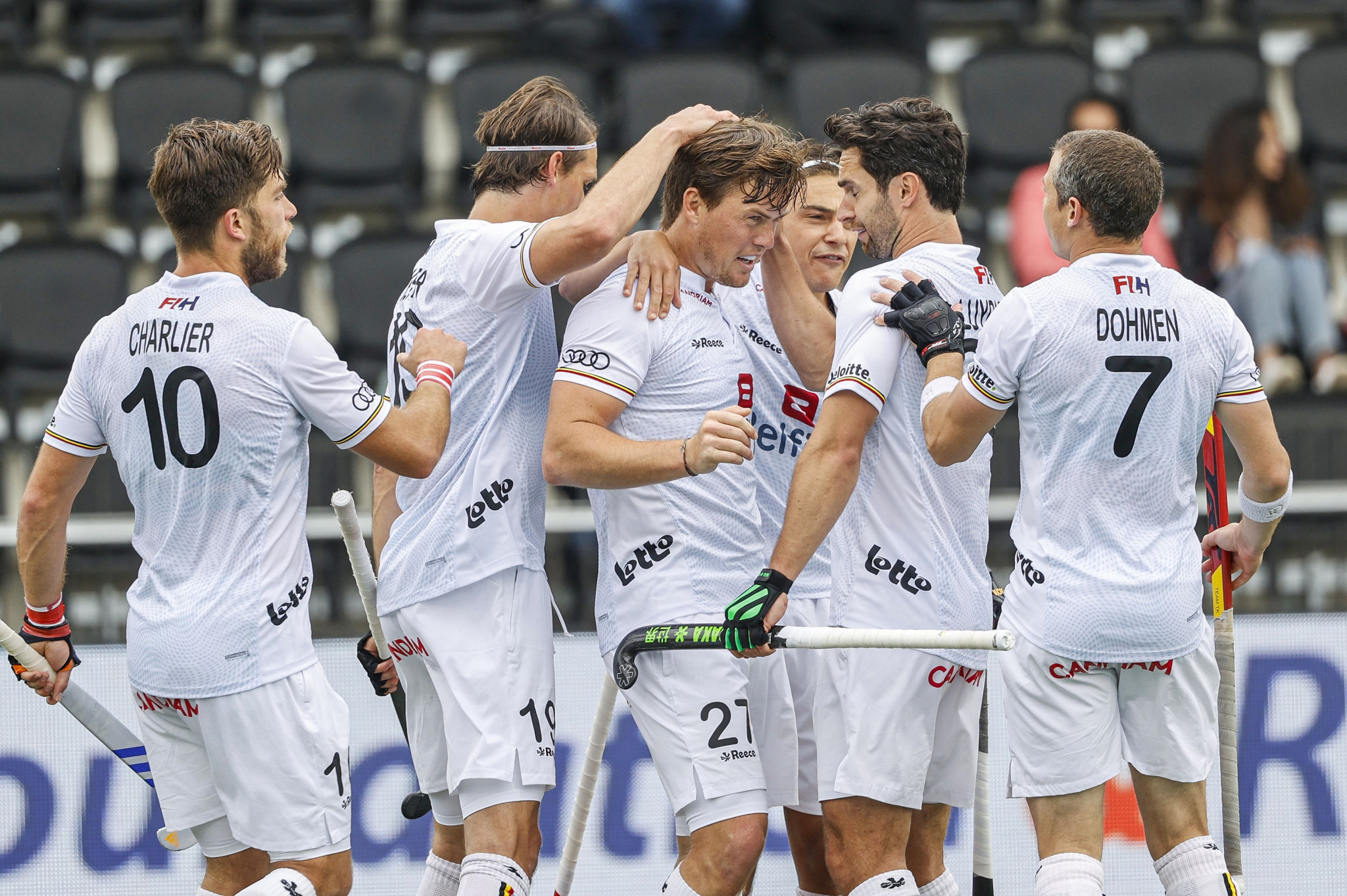 Defending champions Belgium began their men's EuroHockey Championship title defence with a 4-2 victory over Spain in a rematch of the 2019 final.

Jose Basterra gave Spain an early lead in Amstelveen, but the reigning world and European champions answered within two minutes as Alexander Hendrickx nutmegged the goalkeeper from a short corner.

Tom Boon's brace and a superb solo goal from Cédric Charlier, who evaded several Spanish defenders before firing home, made it 4-1.

After being held to goalless in the first half, England found top gear following the restart as Liam Ansell, Phil Roper, Zach Wallace, Chris Griffiths and James Gall all scored.

The thumping win sends England top of the group for now.

In the late men's match in Pool B Wales beat France 3-2.

The hosts, who are the defending champions, began their campaign against Ireland, who they beat in the Hockey World Cup final in 2018.

The Netherlands ran out convincing 4-0 winners taking the lead in the ninth minute thanks to a penalty stroke from Caia Van Maasakker.

A field goal from Laurien Leurink doubled the Dutch advantage in the 14th minute before a penalty corner from Frederique Matla made it 3-0 in the 25th minute.

The rout was completed when Leurink netted her second field goal in the 44th minute to make it 4-0.

Spain ran out 4-1 winners over Scotland in the other match in Pool A of the women's competition.