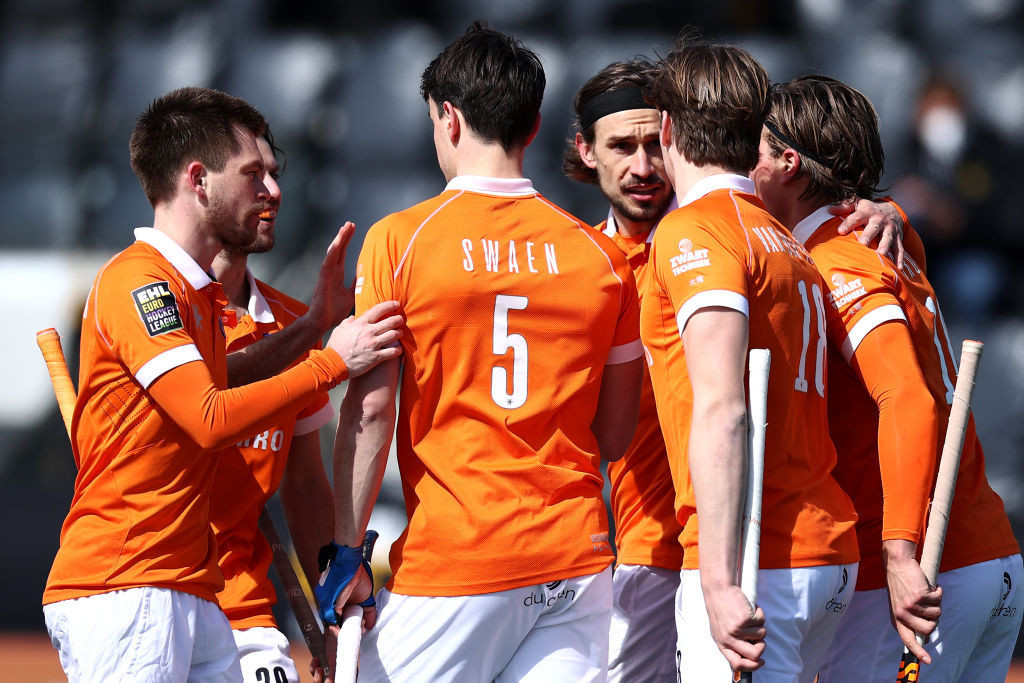 The Netherlands men’s team marked the opening day of the EuroHockey Championships in the Dutch city of Amstelveen with an encouraging victory that bodes well for their challenge on home soil.

In the second match of the day involving men’s Pool B teams, the hosts beat France 3-0 in the Wagener Stadium.

Goals from Jip Janssen, Thierry Brinkman and Jeroen Hertzberger did the job for the team ranked third in Europe against their 12th ranked opponents.

They now occupy the second semi-final qualifying place in Pool B on goal difference behind Germany, who got the Championships off to a prolific start.

The Germans, ranked fifth in the European men’s list, beat 18th-ranked Wales 8-1 to establish themselves at the top of the Pool B qualifying group.

Seven different German players got on the scoresheet, with Constantin Staib getting two goals.

Gareth Furlong netted a solitary reply for Wales after 21 minutes.

The Dutch men, third-ranked in Europe, will fancy their chances of upsetting Belgium, the world and defending champions, given home advantage.

On the stroke of half time, the Dutch double their lead as Brinkman deflects home Bakker's cross #EHC2021

That advantage will have more weight for that fact that the European Hockey Federation is expecting "thousands" of spectators to take advantage of their first opportunity to watch the sport for almost 18 months due to COVID-19 restrictions - and there was an appreciative crowd at tonight's match for the hosts.

But it is the Dutch women who are the orange-hot favourites to win gold, given that they are seeking a third consecutive title to go with their three World Championship victories.

The Netherlands women’s team will play Ireland in a repeat of the 2018 World Cup final, as well as Spain and Scotland, in Pool A.

England, Italy, Germany and Belgium make up Pool B of the women's event.

Belgium’s men have been drawn in Pool A with Spain, whom they beat to win their first EuroHockey Championship in 2019, England and Wales.

The top five finishers will qualify for the 2023 Men's Hockey World Cup, due to be held in India.

The Dutch women and the Belgian men are competing fresh from wrapping up the Hockey Pro League titles last weekend.