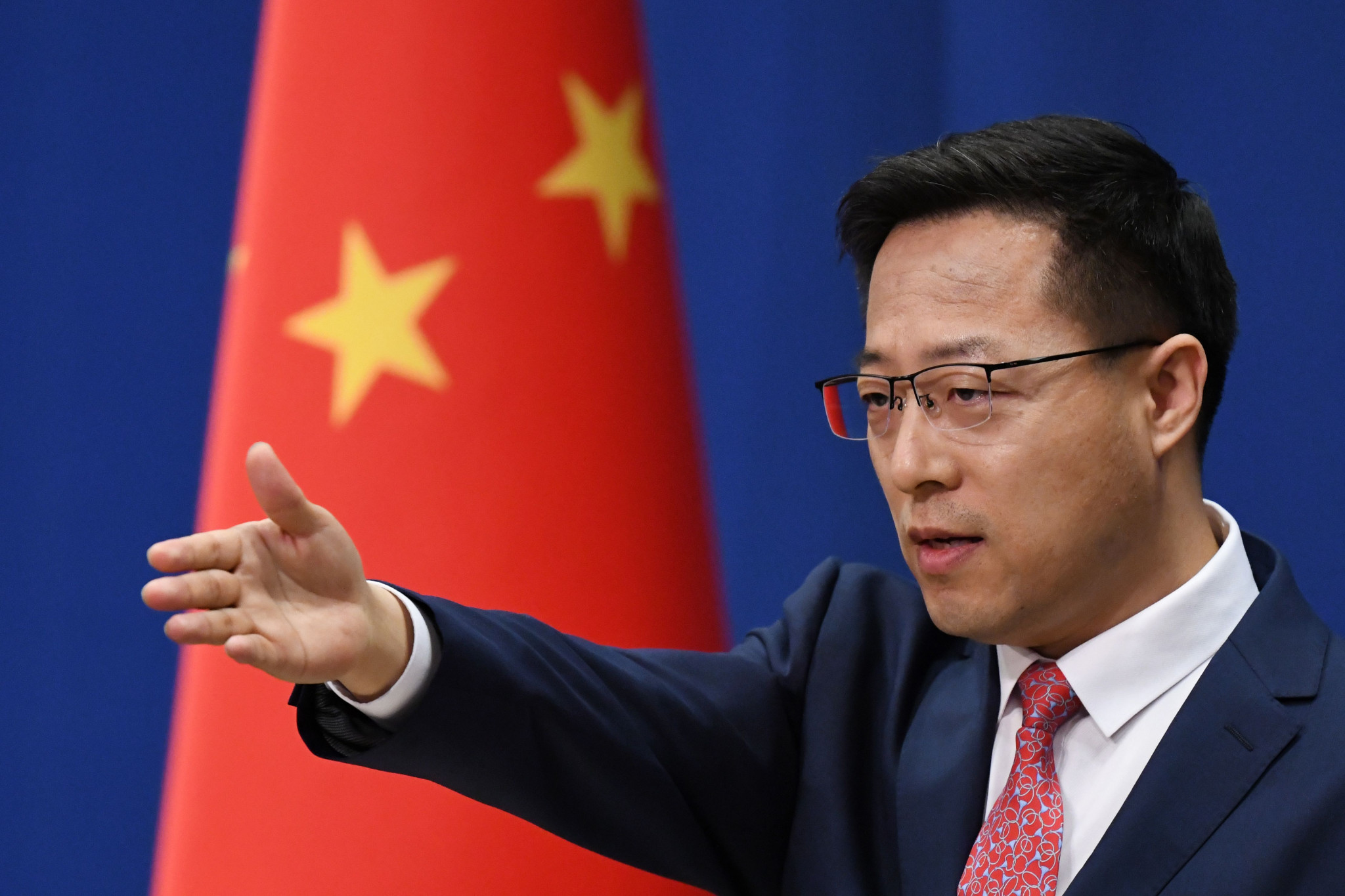 Chinese Foreign Ministry spokesperson Zhao Lijian has said the international community is against politicising sport amid human rights criticism ahead of the Beijing 2022 Winter Olympic and Paralympic Games.

Zhao responded to comments from United States President Joe Biden that China was acting more aggressively, where Biden called for greater US and Japan solidarity.

US Secretary of State Antony Blinken, prior to talks with China, said his department had "heard the many concerns" held over China hosting the next Winter Olympics.

China has been accused of a suppression and surveillance campaign against Muslim ethnic groups, which allegedly includes mass internment, forced sterilisation, the separation of children from their families and forced labour.

Human rights groups allege more than one million Uyghurs have been placed in internment camps, but Beijing claims they are training centres designed to help stamp out Islamist extremism and separatism.

Zhao was critical of the US in response to Biden’s comments, with the Foreign Ministry spokesperson highlighting the support of National Olympic Committees for the Games.

"As I've made it clear while answering a question on the US-Japan joint statement, it is the United States that has been practicing coercion and invasion in the world," Zhao said.

"'To strengthen the unity of the Olympic Movement, to protect its independence, to maintain and promote its political neutrality', these are words enshrined in the Olympic Charter.

"To politicise sports is against the spirit of the Charter and harms the interests of athletes of all countries.

"The international community, including the US Olympic and Paralympic Committee, all oppose such wrong practices.

"I can assure you that preparation for the Beijing 2022 Winter Olympic Games is making steady progress.

"We have every confidence in hosting a simple, safe and splendid Olympic event."

The US Olympic and Paralympic Committee (USOPC) says it will not boycott the Games.

The US has only boycotted one Olympics, the 1980 Summer Games in Moscow, following the Soviet Union's invasion of Afghanistan.

USOPC President Susanne Lyons said earlier this month that the USOPC was in dialogue with officials in Congress as well as the White House, emphasising that the 1980 Moscow boycott had not worked.

A group of human rights activists earlier this month held an "Alternative Olympic Session" to highlight their concerns with Beijing's hosting of the 2022 Winter Olympics and Paralympics amid what they claim is China's "genocide" against Uyghur Muslims.

It was staged to coincide with the International Olympic Committee's own Session, where Beijing 2022 and human rights were on the agenda but where there was no mention of the Uyghur Muslims or calls for the Chinese capital to be stripped of the Games.

The Beijing 2022 Winter Olympics are scheduled to take place from February 4 to 20 next year, with the Paralympics due to follow from March 4 to 13.