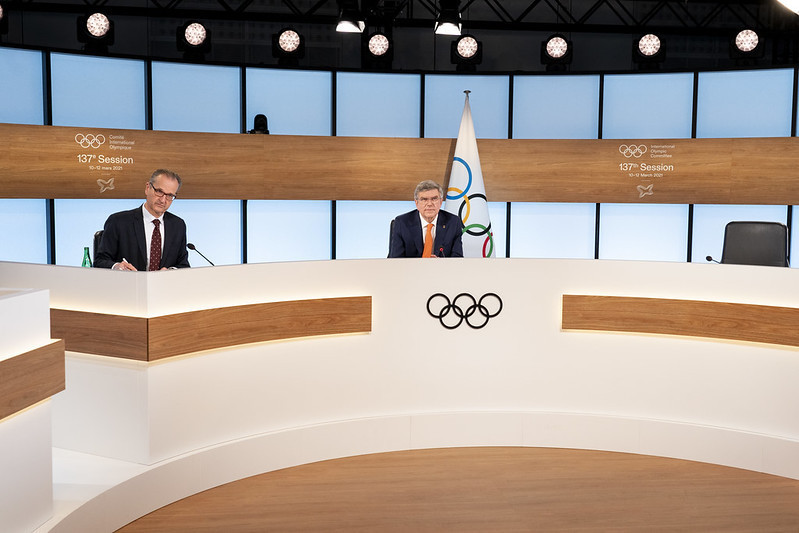 The International Olympic Committee (IOC) "is willing to hold a genocidal Games" by staging the Winter Olympics in Beijing, human rights groups claimed today, as President Thomas Bach insisted the organisation was not a "super-world Government" that can solve global issues.

A group of human rights activists this week held an "Alternative Olympic Session" to highlight their concerns with Beijing's hosting of the 2022 Winter Olympics and Paralympics amid what they claim is China's "genocide" against Uyghur Muslims.

It was staged to coincide with the IOC's own Session, where Beijing 2022 and human rights were on the agenda but where there was no mention of the Uyghur Muslims or calls for the Chinese capital to be stripped of the Games.

China has been accused of suppression and surveillance campaign against Muslim ethnic groups, which allegedly includes mass internment, forced sterilisation, the separation of children from their families and forced labour.

Human rights groups allege more than one million Uyghurs have been placed in internment camps, but Beijing claims they are training centres designed to help stamp out Islamist extremism and separatism.

Zumretay Arkin, the programme and advocacy manager at the World Uyghur Congress - which earlier this month sent a complaint to the IOC Ethics Commission regarding Beijing 2022 - claimed the IOC had repeatedly ignored their concerns.

"When we met with the IOC in October, we asked them to listen to our voices but instead they completely dismissed our experiences and sufferings," she said.

"They conveniently hedge behind political neutrality when it comes to China.

"Our question was simple, does the IOC accept hosting the Olympic Games in a country that is actively committing a genocide?

"The answer we received was also very simple.

"Yes, the IOC is willing to host genocidal Olympic Games."

When asked about human rights concerns after the Session, Bach said: "We are not a super-world Government where the IOC could solve or even address issues for which not the UN Security Council, no G7, no G20 has solutions.

"This is in the remit of politics.

The human rights concerns in Beijing have led to calls from politicians in some countries, including the United States, for a boycott of the Games.

"We can only repeat and give advice to learn from history - a boycott of the Olympic Games has never achieved anything," the IOC President added.

"It also has no logic, why would you punish the athletes from your own country if you have a dispute with the Government of another country?

"This just makes no real sense.

"The athletes would be the ones who are suffering."

Bach was asked during a media conference on Wednesday (March 10) about the Alternative Olympic Session and whether he had a message for organisers, but claimed he could not comment as he was not aware of it.