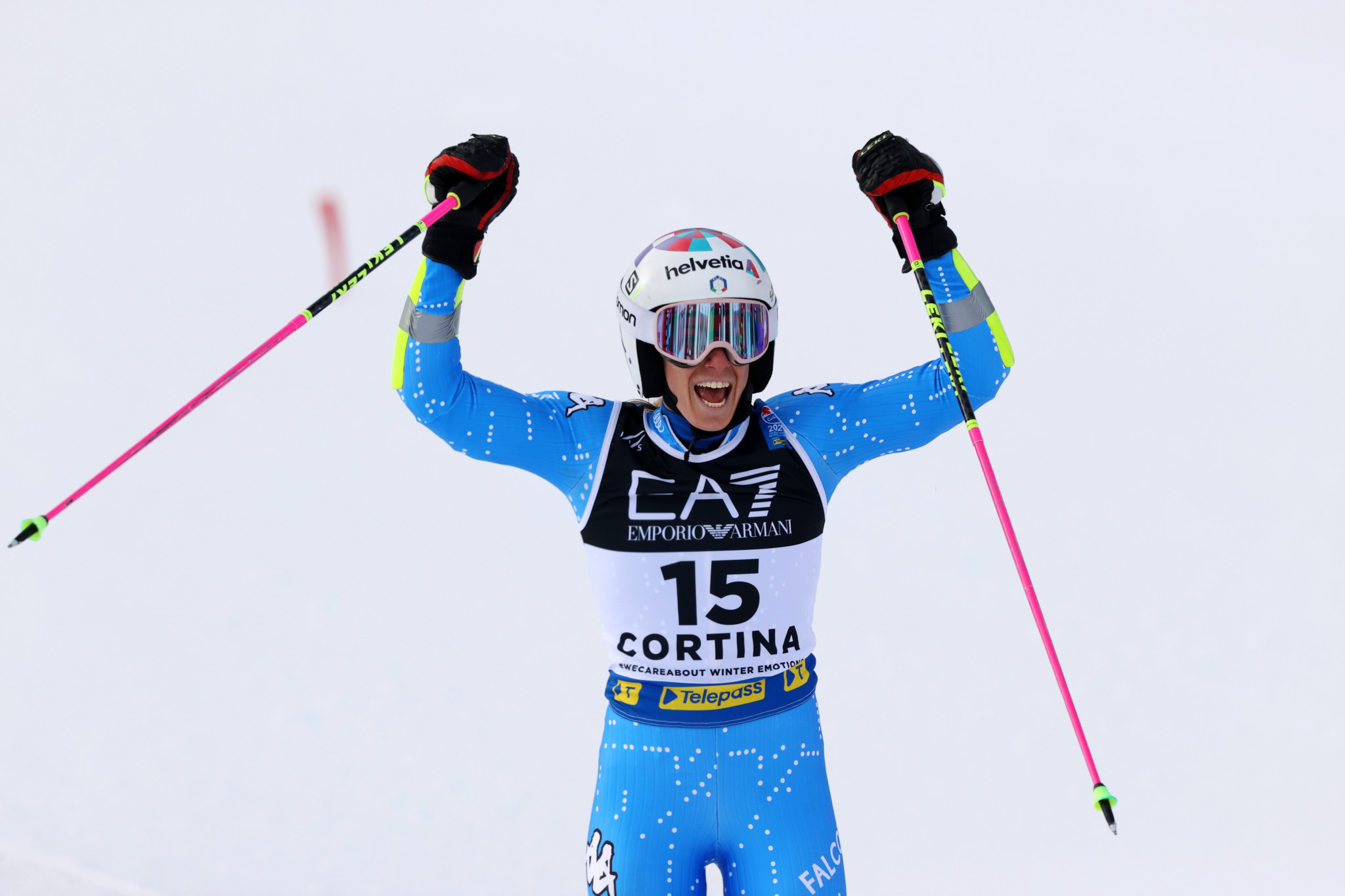 The 24-year-old triumphed on home snow in the women's parallel giant slalom, a discipline making its debut at the World Championships.

She beat Austria's Katharina Liensberger in the gold medal final on countback, having beaten eventual bronze medallist Tessa Worley of France by the same rule in the semi-finals.

It was Bassino's first world title and will be added to a world bronze medal in the team event in 2019.

Mathieu Faivre of France was the victor in the men's parallel giant slalom.

He defeated Croatia's Filip Zubcic in the final by 0.48 seconds.

Completing the podium was Switzerland's Loïc Meillard, who added to his bronze medal in yesterday's Alpine combined contest.

Meillard had been up against Alexander Schmid in the small final, but the German missed a gate and failed to finish.

Competition in Cortina d'Ampezzo is scheduled to continue tomorrow with a mixed team parallel event.