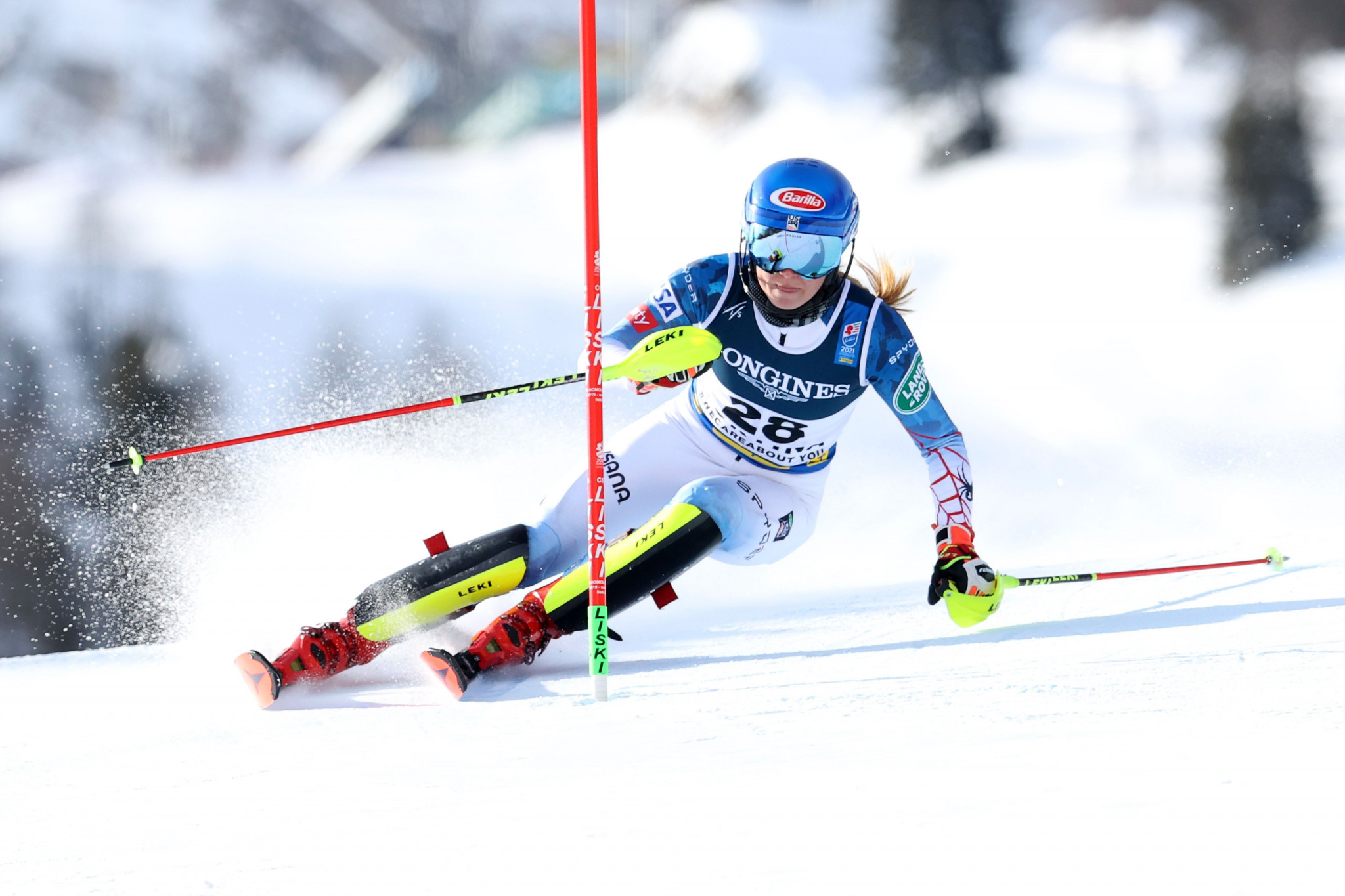 The American star was racing in the Alpine combined discipline for the first time at the World Championships, finishing with a total time of 2mins 07.22secs.

She had finished third in the opening Super-G event, then taking the overall lead after posting the fastest slalom time.

Petra Vlhová of Slovakia took second place in 2:08.08, with Michelle Gisin of Switzerland placing third in 2:08.11.

Shiffrin, who did not compete for most of last year due to the death of her father and the COVID-19 pandemic, is now the most decorated American Alpine skier of all time.

The 25-year-old claimed her first world medal in 2013 and now has six golds, one silver and two bronze.

This surpasses the five world gold medals held by Ted Ligety and the nine world medals belonging to Lindsay Vonn.

"I’m always trying to be on the top, but not because of those records," Shiffrin said.

"I’ve done some things nobody’s done before, for sure.

"I feel like, on my really good days, I’m doing that."

He was then the fastest in the slalom to record the winning time of 2:05.86.

Pinturault had to settle for second in 2:05.90 and was followed by Loïc Meillard of Switzerland in 2:06.98.

"I really had fun in the Super-G," said Schwarz.

"Then I knew I had to attack in the slalom."

Competition in the Italian resort of Cortina d'Ampezzo is scheduled to continue tomorrow with a men and women's parallel giant slalom.