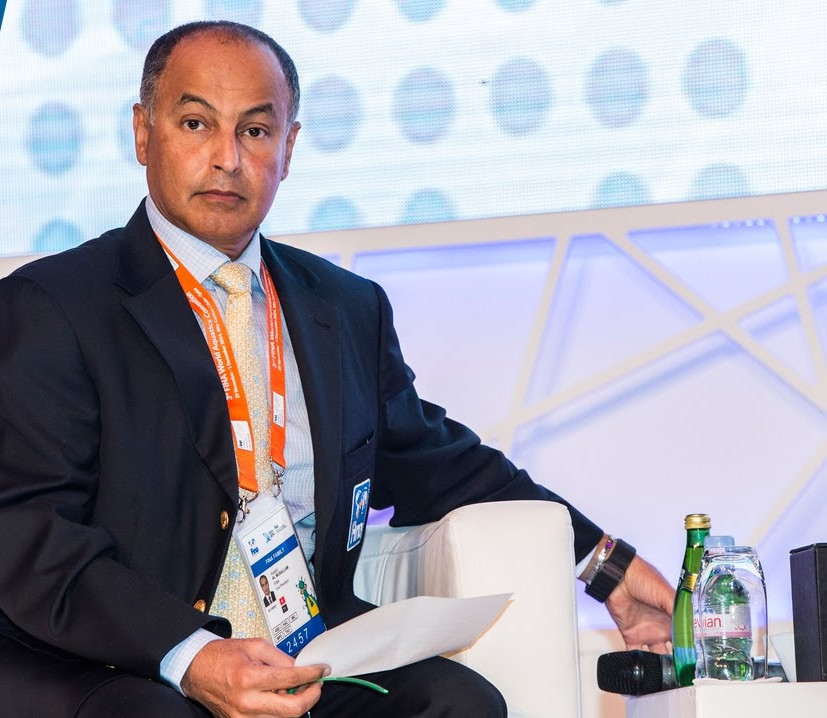 Husain Al-Musallam's campaign to become the next President of the International Swimming Federation (FINA) has received a boost after it was officially backed by the Kuwait Government.

Al-Musallam has been first vice-president of FINA since 2015 and is the front-runner to succeed the 84-year-old Julio Maglione, whose 12-year reign is due to end next year.

Kuwait's Minister of Information and Minister of State for Youth Muhammad Al-Jabri has called Al-Musallam "a Kuwaiti sports icon, with great competence and high experience in [the] sports world", the Kuwait News Agency (KUNA) reported.

The 60-year-old Al-Musallam took up swimming at the age of eight and represented Kuwait in the Pan-Arab, Asian and World Swimming Championships.

After working as an airline pilot, he has carved out a successful career in sports administration.

The backing from Al-Jabri is significant because the Kuwait Government and Olympic Movement have often been at odds in recent years.

That meant Fehaid Al-Deehani was competing for the Independent Olympic Athletes when he won the gold medal in the double trap shooting.

It would have been Kuwait's first Olympic gold medal.

As director general of the OCA, Al-Musallam was often caught up in the middle of the row and in 2016 the organisation was forced to set up new sub offices to enable it to function effectively while the dispute with the Kuwait Government continued over its headquarters in the Gulf State.

But the dissolution of the KOC and the setting-up of a new organisation last year, with Al-Musallam as secretary general, appears to have healed the wounds.

Al-Jabri told KUNA that Al-Musallam "has long served the sport locally and internationally and is familiar with every aspect of the game, large or small".

Al-Musallam "can be the best representative of Kuwait at this forum" if he is elected as the first Asian President of FINA in its 113-year history, Al-Jabri added.

The Kuwait Swimming Association officially nominated for Al-Musallam for FINA President in July, another sign of renewed support for him domestically as previously the National Federation – which was banned at the time – tried to block his candidature for vice-president.

The election is due to be held during FINA's General Congress in Doha in Qatar on June 5 next year, with the winners officially taking up their positions after the re-arranged Olympic Games in Tokyo in August.

Before the last election in Budapest in 2017, Al-Musallam was cleared to stand despite being linked to a bribery case involving football's world governing body FIFA.

FIFA Audit Committee member Richard Lai of Guam claimed he was paid six-figure bribes through the OCA to advance the interests of Kuwaiti football officials.

Sheikh Ahmad al-Fahad al-Sabah, President of the OCA, was identified as "co-conspirator #2" in court documents in New York City and resigned from the FIFA Council.

Further claims against Al-Musallam about commissions allegedly sought from OCA sponsorship deals in 2012 were made in the British and German media on the eve of the General Congress in the Hungarian capital.

Al-Musallam later claimed for the second allegation he was the victim of a dirty tricks campaign orchestrated by Iran.

Aquatics' world governing body dismissed both allegations, claiming "there was no case to answer based on the information that is available to FINA at this time" and Al-Musallam was comfortably re-elected as first vice-president.